Unequal access to quality education is a much-debated issue in Hungary. People of Roma background (also referred to as Romani) make up approximately 10 percent of the Hungarian population, but school populations often don't reflect the residential makeup of surrounding neighborhoods. While complete segregation of Romani and non-Romani students is rare, large discrepancies persist in the ethnic composition of schools in some Hungarian towns. Gabor Kezdi, associate professor and head of CEU's Department of Economics and his colleague Gabor Kertesi of the Hungarian Academy of Sciences recently published a study assessing the effect of school choice and local educational policies on that inequality. 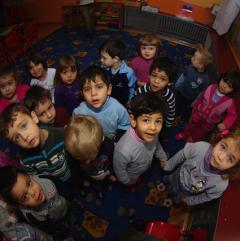 ng national school data with a survey of municipal administrators to gauge local educational policies and ethnic composition of neighborhoods, Kezdi and Kertesi found that the strongest factor that increases school segregation is the proportion of Romani students in a town. Their results, entitled “School Segregation: School Choice and Educational Policies in 100 Hungarian Towns,”were published in July.

Hungary allows free school choice, which means that students (or their parents) can, ostensibly, choose what school they want to attend, even outside of their residential district. There are often criteria that students must meet and student population limits at the school of choice, so it isn't always possible to switch schools. However, it happens often enough that it can significantly change the ethnic composition of a school community, resulting in all-non-Roma schools or Roma-dominated schools in some places. The results of the study indicate that in Hungarian towns, this choice diminishes the overall role of residential distribution, because many students commute to schools of their choice. Towns where such commuting is more pronounced are characterized by stronger inter-school inequalities, because commuters are likely to be non-Roma. 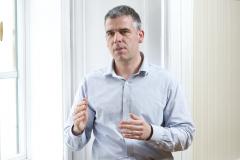 “50 percent of so-called higher-status students are enrolled in schools outside of their residential district,” said Kezdi. “As mobile students are usually seeking better schools than those in their own district, the increased number of higher-status students may suggest that the schools offer either better teachers and facilities or better classmates with respect to their status and academic abilities.”

Only 25 percent of those deemed lower-status students are mobile, or able to attend schools outside of their districts. The data and analysis in the report provide strong support for the significant role of inter-district student mobility as a major factor in school segregation.

This segregationist tendency is, on average, rather moderate, the study reports. However, there is substantial diversity across towns, with some towns promoting even ethnic distribution across schools and other towns practicing policies that are considerably segregationist. The research showed that such policies do contribute to ethnic segregation of schools, on top of the results of the forces of free school choice. The measured trends show that, on average, school segregation within Hungarian towns increased substantially between 1992 and 2006, decreased from 2006 to 2008, and then increased again thereafter (data limitations prevented researchers from identifying robust trends after 2006).

The study was supported by the Roma Education Fund. To view the full report visit http://www.romaeducationfund.hu/sites/default/files/publications/school_segregationschool_choice_and_educational_policies_-_final_2013.pdf.