Aziz Al-Azmeh, university professor in the Department of History, has been named director of the Center for Religious Studies. He follows Associate Professor Matthias Riedl, who is on sabbatical this academic year. Al-Azmeh is a founding member and executive committee member of the center since it was established in June 2005. Also, joining the executive committee this year is Gyorgy Szonyi, professor in the departments of History and Medieval Studies.

The Center for Religious Studies, formerly the Religious Studies Program, celebrated its eighth anniversary at CEU last June. It became a center in November 2012, with the official changeover taking place in January 2013. The center is a cross-disciplinary academic forum that fosters the study of religion, collaborating with relevant departments and other academic units such as the Center of Easter Mediterranean Studies and the Jewish Studies Project. Its mission is to initiate and coordinate research, academic events, and publications that address religion-related questions in critical ways. It administers CEU’s Specialization in Religious Studies—previously offered by the departments of History and Medieval Studies—that leads to a non-degree certificate in Religious Studies. 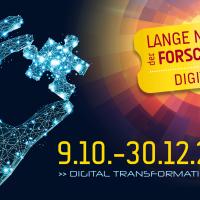