In 1991, the European Court of Justice ruled in favor of a French factory where women worked night shifts. While the employer had violated the legal ban on night work for women, the Court followed his argument that the ban amounted to gender discrimination. As a result, the countries of the European Union had to abolish gender-specific night work prohibition, and the majority did so by in essence removing night work restrictions for women. While this was a move toward gender equality, it also boosted employers’ command over the workforce and in this way weakened the class position of workers. So was this a step forward?

“Prioritizing or separating  ideas of gender equality from other issues is problematic,” said University Professor Susan Zimmermann, who teaches in the Departments of History and Gender Studies. Zimmermann is working on a book about the interaction between internationally organized women and the International Labor Organization in the interwar period, when efforts were made to establish and globalize international labor standards to protect workers.

“In the past few decades, we’ve gotten used to gender as a category in international politics,” Zimmermann said. “But I would argue that as a rule, the dominant trend in policy is to replicate, without wanting to, problematic elements of gender policy that unfolded in the interwar period.”

At the time, new international women’s organizations emerged which were based on a gender-first policy focus and prioritized legal equality between women and men as well as the individualization of women over any other consideration. The official ILO, by contrast, promoted the internationalization of gender-specific labor standards. 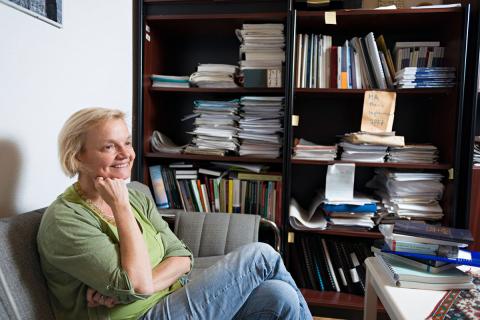 “A considerable number of trade union and socialist women, as well as individual women across the borders of race and class advocated a third position,” Zimmermann said. “They demanded the replacement of gender-specific labor protection by including men into pre-existing women-only standards.”

Zimmermann delved into records of the ILO, international trade unions that included women, and other international women’s organizations. She uncovered a great deal of new evidence of efforts to work for equity and more labor protection on several levels, not just gender, and a lively contemporary debate on many facets of gender in international labor law.

One of the main issues of the time was the globalization of labor standards. Within the ILO in the 1930s, colonial experts and other officials were drafting a convention on contract work in the southern hemisphere. The ILO wanted to regulate the conditions of these contracts, which were harsh and exploitative, requiring the worker to be far from home and work extremely hard, and under the threat of penal sanction for breach of contract, for long periods of time. In an attempt to protect women, the ILO wanted to bar women from signing such contracts unless her father or husband co-signed.

Legal equality feminists and a number of workers’ representatives called this retrograde and paternalistic. In the end, rather than tightening, in a gender-neutral manner, the conditions under which entering into contract work was allowed, the gender-specific clause was simply dropped from the text of the convention – to the delight of the employers’ representatives in the International Labour Conference.

“That’s what you can get if you prioritize one kind of equality over the other,” Zimmermann said. This is still an issue today, when in the global South efforts are made for women to get out of paternalist structures and have access to wage work, but as a rule can only get jobs that don’t offer a living wage, and lack even the most basic workers’ rights, legally and/or in practice.

Zimmermann therefore simultaneously looks at class, race and global inequality as well as gender issues in her research. She chose to examine the interwar period because the ILO played a crucial role at that time in globalizing gender policy, and because political struggle amongst and between labor reformers and organized women foreshadowed core dilemmas of international gender policy in the post-1945 period – dilemmas with which we are still struggling today.  At the core of these dilemmas are the complex interactions by which policies affect class, race, global and gender (in-)equality.

“International gender policy in the last couple of decades has made advances towards gender equality, but at great cost,” Zimmermann says.  “If gender policy makes a commitment to challenge class hierarchies, global divisions, and racial oppression, then you get closer to something that is good for workers and for emancipatory social transformation.”

Zimmermann’s book will be published by Loecker Verlag AG.