October 3, 2013
News
The Office of the Pro-Rectors

CEU, in cooperation with the Hungarian-American Fulbright Commission, established the Fulbright-Central European University Teaching and Research Grant, to begin in academic year 2015-2016. Based on the University's academic needs, CEU will host two U.S. academics per semester, one as a guest lecturer in a department and one as a researcher at the Institute for Advanced Study (IAS).

“The Fulbright program is one of the most prestigious award programs in the world,” said Farkas. “CEU has both a U.S. and a European identity, so we are especially pleased to cooperate with a program that was established to promote understanding between the people of the U.S. and the rest of the world.”

During a Sept. 17 gala dinner in celebration of the Hungarian-American Fulbright Commission's 100th board meeting since its inception in 1992, the Commission signed new cooperative agreements with three Hungarian and one American educational and research institutions. In addition to the CEU programs, the Commission will jointly fund opportunities for American scholars at the Aquincum Institute of Technology and the Hungarian Institute of International Affairs and Fulbright, and Quinnipiac University (Connecticut) will share in the cost of sending one Hungarian student to Quinnipiac’s business school to earn an MBA degree.

For those participating in CEU's program, the joint grant will provide a high-quality apartment at the Raoul Wallenberg House located on the slopes of Castle Hill in Buda, a generous stipend, travel, insurance, and visa support benefits. The evaluation will be done in full accordance with Fulbright regulations.

These new jointly funded awards to will appear in Fulbright's call for applications in February, 2014. For further information, visit http://www.cies.org/. 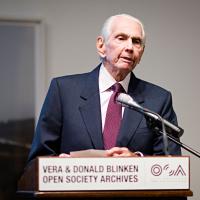 CEU Professor Andrea Peto Recognized by University of Oslo for Her Work on Scientific Freedom
September 22, 2022 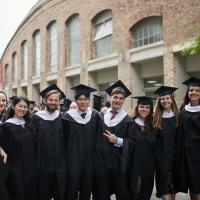