Experts Debate the State of Media Freedom in Europe

Considered a fundamental right in democratic countries, freedom of expression, including freedom of the media, continues to be questioned and compromised throughout the world. Experts on media freedom from Hungary and beyond participated in panel discussions on Oct. 31 at CEU to discuss media freedom and media concentration.

The situation in Hungary has been tense since the passage of controversial media laws in 2010 that critics say are inconsistent with democratic free-press principles and European practices and norms. Between July and December of that year, new laws passed by the parliament overhauled the regulation of print, broadcast, and online media. After a negotiation process between the Hungarian government and the European Commission, several amendments were passed in March 2011. In December 2011, the Hungarian Constitutional Court declared parts of the laws unconstitutional. Immediately following the passing of the final and most controversial piece of the legislation, intergovernmental bodies such as the Council of Europe and the OSCE released a flurry of statements, Hungarian and international journalist and human rights groups expressed their views, and in Budapest tens of thousands of protestors took to the street. 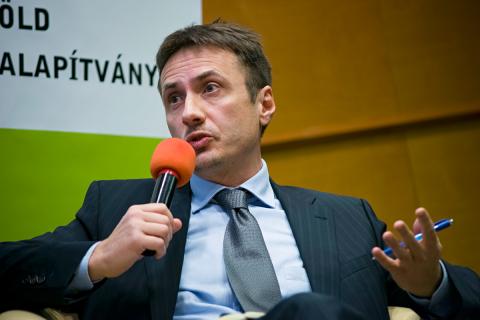 “Hungarian media legislation looked ugly on paper but it looks uglier in reality,” said Attila Mong, deputy editor-in-chief of the investigative journalism site Atlatszo.hu and expert at Mertek Media Monitor think tank. “This wasn't something I was marching for in the streets in '89 and '90.”

Mong calls the situation a “slow strangulation of Hungarian media” and describes it as a systematic takeover that is turning media into propaganda in the interest of political groups. “It's not at all European or democratic,” he said. “It shows the media that they are enemies, people to battle. This is not true, the basic interest is a flourishing, democratic society.”

Andras Koltay, member of the Hungarian Media Council and professor at Peter Pazmany Catholic University believes that there is media freedom in Hungary but acknowledged there are ongoing issues that need to be addressed. He believes that the 2010/11 laws and amendments “clarified certain things for writers – defining humiliation and libel,” for example. He doesn't believe that journalists feel any more pressure now to write or not write certain things than they did before the laws passed.

“Regulations in media law itself are not entirely novel,” Koltay said. “Many could be found earlier – before 2011. The Hungarian Constitutional Court investigated many of these regulations and many have passed the test. Our judgment is that now, the scope of media freedom is actually greater than it used to be.” 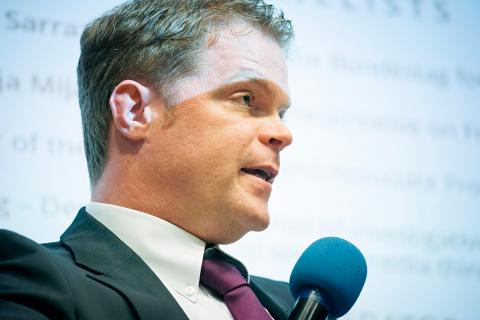 He noted that, in the past decade, only one journalist has been sentenced to jail and, in the end, he did not serve time because an appeal overruled the original sentence. “We have to be realistic and judge what really happens. I don't see why we have to be so concerned and I don't think the changes in media law and the constitution are that dramatic.”

Disagreeing with Koltay on the state of media freedom in Hungary, the Organization for Security and Co-operation in Europe Representative on Freedom of the Media Dunja Mijatovic has met with senior Hungarian leaders and officials to raise her concerns. “The situation in Hungary is not at all rosy in, in my view,” she said. “The trend in Hungary is extremely worrisome. Even if there's an opportunity to deal with this in a civil way, some are choosing to press criminal charges against journalists. This doesn't present something that you can call a good practice or trend. This is something that existed even before the new media laws here. There are clear signs of this 'chilling effect' on Hungarian journalists. The main message from the OSCE is that these laws and amendments can have a serious impact on freedom of speech and media in Hungary. Silencing critical voices and criminalizing speech is not the path to take toward democracy.” 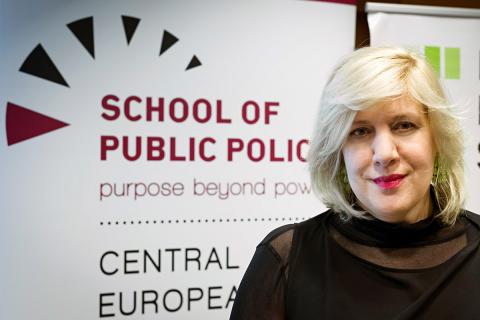 Mijatovic and her team monitor media developments in 57 participating countries and she noted that these issues are on the forefront in other countries as well. “If you can end up in jail because of your work – something you write – it's not just undemocratic, it's unacceptable.”

In contrast to Koltay's statement that Hungarian media are freer than ever, Mong stated that, according to a report that Mertek will publish soon, 80 percent of Hungarian journalists say they are under some kind of pressure to either self-censor or write as they are told by supervisors.

CEU Assistant Professor Sejal Parmar joined the second panel and discussed the UK’s new “Royal Charter on Self-Regulation of the Press” that was, just the day before, granted approval by the Privy Council and Queen Elizabeth. The Charter sets up a framework for press regulation in the UK and is the result of the “News of the World” scandal, during which journalists at Rupert Murdoch's now-defunct tabloid were secretly hacking British citizens' phones. Some UK media outlets have labeled the Charter a “medieval instrument” that prevents them from doing their jobs – namely investigative journalism – and they view it as a clear sign of the decline of media freedom in their country. Although participation is voluntary, journalists and media outlets could, if they are sued for libel, be subjected to higher awards being made against them (exemplary damages) if they decide to operate outside of the scheme. Some media organizations have proposed setting up an alternative regulatory body.

“The adoption of Charter was not the result of a process that reached out to the press in any meaningful way. It does not deliver a system of self-regulation based on mutual agreement,” Parmar said. “There will be legal challenges and there may well be two systems of ‘self-regulation’ running simultaneously. The current tense situation is symptomatic of a lack of trust between the media and the body politic in the UK more generally. Consider that the prime minister's office has recently been threatening the press – particularly 'The Guardian' – following its reporting on mass surveillance.”

Parmar noted the UK’s long tradition and reputation of media freedom and pointed out that recent developments on press regulation in the UK will have global reverberations. The news of the Royal Charter could be “used by repressive regimes around the world to justify clamping down on media freedom in their own states,” she said. 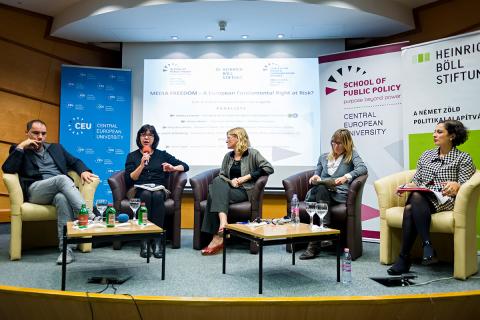 Echoing Harms's concern, Balazs Weyer, chairman of the Editors' Society in Hungary, noted that, with digitization, media's old business model is failing. People no longer want to pay for content that they can get for free online, he said. “Also, more and more media outlets are under the ownership of oligarchs who made their fortunes via their political and state business relationships.”

Harms expressed the hope that these critical issues will soon be addressed at the EU level. “We need good regulation and to set up common standards EU-wide.”

The event was sponsored by CEU's School of Public Policy (SPP) and the Center for Media and Communication Studies (CMCS). CMCS Executive Director Kate Coyer moderated the discussions. Further reading on the Hungarian Media Laws can be found on the CMCS website in two studies, "Media ownership in Hungary" and "The Hungarian Media laws in a European Context": http://cmcs.ceu.hu/.