Animals and their relationship to humans represent a story as old as time. Animals feature heavily in the Biblical story of creation and beasts dominate Greek mythology. In the Middle Ages, authors and artists continued to discuss and paint animals from many points of view. Ordinary people interacted with everyday beasts as well as animals that they could only know from texts and images. Alice Choyke, professor in CEU's Department of Medieval Studies, is a zooarcheologist, an expert in analyzing animal bones found at archeological digs. Together with fellow CEU Professor Gerhard Jaritz, who himself is a recognized expert in the study of medieval daily life, Choyke initiated the Medieval Animal Database network (MAD), a repository meant to document human-animal relationships in the European Middle Ages and to explore the meaning of their visual and textual representations.

“There are so many layers of meaning in animals in medieval times,” Choyke said. “Depending on the region and who's using it for what purpose, the animal takes on different shapes, colors, and meaning. Animals are always ambiguous; sometimes good, sometimes bad, and sometimes, it's even hard to determine what's animal and what's human.” 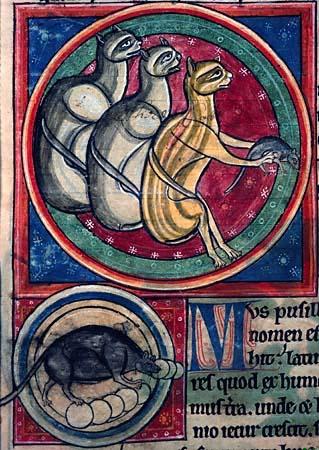 Medieval cats were often depicted as demonic or bad. However, their very practical use as rodent killers was also lauded in literature and artwork. In fact, there is epistolary evidence of cats as domestic pets in correspondence between the rich Italian merchant Francesco di Marco Datini and his wife. The latter wrote letters to her husband describing when their female cat was in heat and when their home was in particular need of a cat on the hunt.

On the other hand, there is another set of data from contemporary “fiery Franciscan preachers,” also from Northern Italy who wrote sermons about a cat that turned into an old lady with a broken leg, after somebody threw a stone at it.

“So, how animals were viewed all depends on the situation and context,” she noted.

When looking at medieval art, one might suspect that the presence of multiple brown cows is due to the fact that such cows were prevalent and artists saw them on a regular basis. However, Choyke explains, that's not necessarily the case. A certain kind of cow could have been depicted over and over again in particular genres of art. Artists would have known and created specific animal associations with saints and used them accordingly.

Examples of animals or animal bones or eggs used a talismans are innumerable and even present in modern-day life in the form of the lucky rabbit's foot. An excavation of an Arpad period village just outside Budapest revealed big storage pots, buried with their mouths facing downwards, each containing a small animal meant to protect the human inhabitants: some with bones from a puppy, another with bones from a pike, and yet another vessel containing an egg and an iron knife together, the egg inescapably tied to fertility as well.

This is not a new story, unique to the European Middle Ages. There are already written 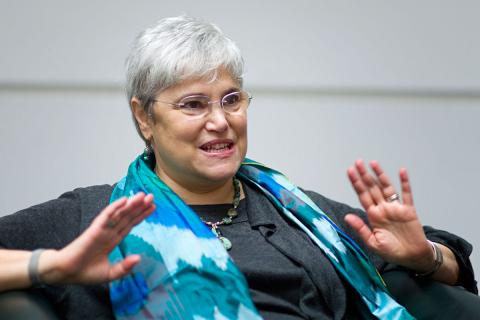 records from Iron Age Mongolians that give details about their connection to animals and their protective qualities.

“There is a lot of data about the protective bones you should hang on your horse and yurt,” Choyke said. “A bone from the animal foot (astragalus) was used in games of chance and always associated with luck. One would hang the astragalus of a large canid (wolf or dog) on the horse's neck to protect it from wolf attacks. Even today you can buy imitation bronze astragali in Mongolia that truck drivers use for good luck, hung from rearview mirrors.”

Choyke and Jaritz were motivated to start the database not only to collect charming animal stories but also make available their meaning and context for researchers. They were also driven to develop it after Choyke arrived at CEU and spent hours reading student dissertations that, inevitably, featured animals in the text and footnotes, regardless of the dissertation topic.

“Dug up from archives, this was data that the authors couldn't resist putting into their research, but it wasn't focal to their work. I found it painful to lose this information,” she said.

Choyke and Jaritz collaborate using an image database already developed at the Institute for Medieval Daily Life of the University of Salzburg. The animals from this database form the backbone of the MAD network.

“Medieval images, in particular,” said Jaritz, “offer important information on the often symbolic meaning of represented animals designed to influence the beholders in both religious and secular contexts.” 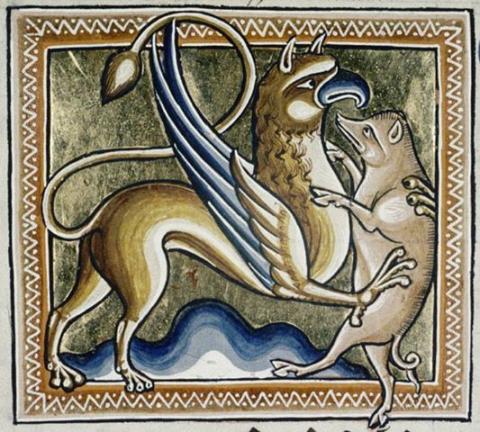 Choyke has learned over the years that some archeologists have, unfortunately, used historical data poorly due to a lack of understanding of how it is produced.

“It's an attempt to put flesh on the bones and work it into their paradigm, but it simply has to be recognized that the historical data must be good and reliable so you can identify how well you can use it with your own data sets.”

The same problem also rears its head with regard to historians’ cherry-picking of archeological data.

“In archeology and history, it's the accumulation of data that allows researchers to perceive patterns,” Choyke explained. “It's very rare that someone makes a single discovery, one that really changes the way we think about the past.” 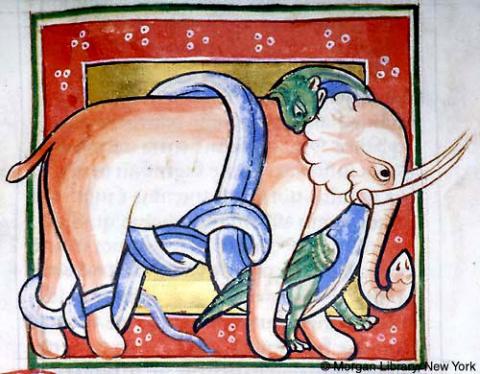 MAD serves as a large and reliable resource that is consistently updated and vetted by contributors from professors to PhD students. Furthering a goal of CEU's Department of Medieval Studies to concentrate on a part of the world that has been less in the mainstream of academic thought, MAD's focus is on medieval animals in Central and Eastern Europe. In addition to highlighting regional animals, MAD also views the beasts from these regions in a comparative context with other parts of medieval Europe where animal studies have a longer history of development.