How Twins Can Help Us Better Understand Political Behavior

Using identical twins in medical studies has been a common practice for decades as sharing the exact same DNA helps researchers isolate environmental effects, as opposed to genetic determinants. It is newer to the field of political science and CEU Assistant Professor of Political Science Levente Littvay is helping pave the way for twin studies – in the medical and social science realms – in Hungary, where they are rare.

Littvay, a native Hungarian, wasn't initially interested in political science and planned to 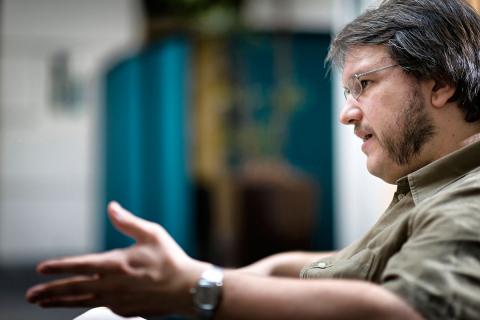 have a career in business. A chance meeting in grade school with the son of American professor of political science John Hibbing (who was on sabbatical in Budapest), ultimately led Littvay to Nebraska, in the middle of the U.S., as part of a high school exchange program and then on to university. Hibbing, who published the first twin study in the field of political science, convinced Littvay to pursue political science in graduate school. Taking the baton from Hibbing, Penn State's Peter Hatemi really began to pursue the role of genetics in political behavior. Together, Littvay and Hatemi attended a biometrics conference dealing with twin research where Littvay met Nick Martin, the editor of the journal “Twin Studies and Human Genetics,” who essentially tasked him with making a Hungarian twin registry happen, as data from Central and Eastern Europe are rare.

Littvay was able to connect with a pair of Hungarian twins, Adam and David Tarnoki, who, aside from their distinctive educational careers (both as medical students focusing on radiology), earned the dubious title of “most identical twins” in a recent U.S. contest. The joint need for twins brought them together and Littvay has even been published in medical journals as the methodologist for their studies.

As far as his own research goes, Littvay is interested in evolutionary and biological theories that could help us better understand political behavior. 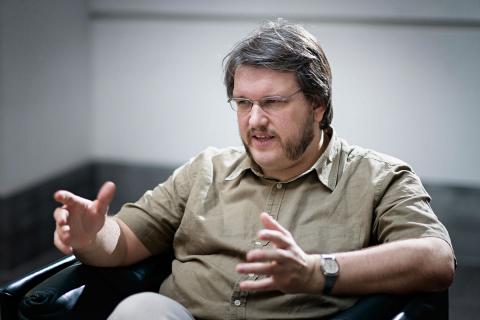 “Political science, for the past 100 years, has noticed that children are similar to parents in a lot of things political – for example, in their ideology, how they vote, and the extent to which they participate in politics,” said Littvay. “Political scientists have assumed for almost this length of time that we socialize our children in this way. This evolutionary and biological research is a challenge to this; there could be other ways other than socializing that children acquire political behavior.”

There has been a lot of resistance to this kind of research because “people don't want to hear that they're just their genes,” which, Littvay said, couldn’t be further from the truth. Still others criticize it since, in the grand scheme of things, humans have only been voting for a very small fraction of time.

“These are not the things that have evolved, but things that are related to that – your personality, for example, being open or closed, conscientious or not,” Littvay said. “These traits are about 50 percent heritable. These are also things that are strongly related to political behavior.”

Littvay is quick to point out that this does not mean that 50 percent of you is genes and 50 percent environmental; it's an average. When we say that something is heritable, it doesn't mean there's a gene for it. “The way these traits work is that very, very small genetic effects add up to get the heritability,” he noted. Personality and political participation are not the only traits where this is true, it is also the case for physical traits like height and body mass.

However, these are not deterministic principles and how genes express themselves can be affected by environmental factors. We have no chance of changing our genes, but the environments in which we live can. Political scientists are moving away from the idea that socialization is the only thing that shapes political behavior. Littvay and his collaeagues are most interested in “how environments affect how genes function and how someone's genetic makeup affects what kind of environments one selects.”

Interestingly, a small sample pilot study conducted by Littvay and Hatemi and others suggests that things work differently in Hungary than in Western countries regarding heritability ideology. “We found in Western studies that ideologies are heritable and we don't find this in Hungary at all,” he said. “One of the reasons that could be is that in a new democracy, people don't have their sense of political adherence; people pick their team and then conform their ideology to that team, but it doesn't work like that in other, more developed democracies.” In established democracies, people tend to “shop around” for the party that best fits their beliefs and values.

Regarding tendency to vote, there was agreement between another Western study and one of Littvay's Hungarian studies. Both found that political participation is heritable

Littvay and his colleagues are now trying to expand their research and, hopefully, with more Hungarian and other Central/Eastern European twin data. They want to know where politics is a top-down game – where people conform to their teams versus where they look at political decisions as market options, where they can pick from ones that ideologically appeal to them.