CEU hosted “The Hungarian Holocaust: Seventy Years Later” conference on April 6, bringing together the top scholars in the field to share their research on the leadup to the atrocity, the responsible actors, the effects of the destruction, and the ways in which the Hungarian Holocaust is remembered and commemorated.

CEU President and Rector John Shattuck opened the event, calling it a “momentous, solemn and far-reaching occasion for those who have the capacity to look deep into history and to understand it.” The conference is held every 10 years in conjunction with a related conference in the U.S. Shattuck expressed pride in CEU as the conference's sole sponsor and for the dual goals of the University and the conference in engaging in the pursuit of truth and desire for an honest engagement with history. He underscored the enormous importance of the conference proceedings, “so that record of what actually happened cannot be twisted and shaded against the truth that we all know.” 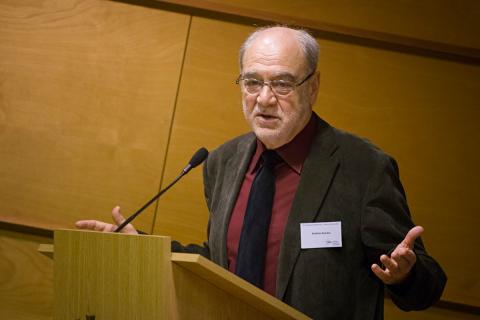 Professor Andras Kovacs, who teaches both in CEU's Jewish Studies and Nationalism Programs, preceded the panels with a story of a very good friend whose personal history Kovacs never knew until he heard it from another source. The friend was born after the war to a Hungarian woman whose husband had been sent to a labor camp before she was snatched from her home by the Arrow Cross, forcing her to leave her 18-month-old son behind. Although at first, neighbors tried to care for the child, he eventually died of starvation before his mother returned to Hungary. Kovacs's friend was the younger brother of the child who died, but he had never shared the story. The secrecy of such stories was the norm, not only just after the war, but throughout the communist regime, when it was essentially illegal to discuss the Holocaust, despite the Soviet portrayal of the Germans were relentless tyrants.

Renowned author and Holocaust scholar Randolph Braham gave the keynote address via taped video message from the U.S. “This conference is being held at a significant juncture in the history of Hungary and Hungarian Jewry, on the 70th anniversary of the Holocaust,” said Braham, a distinguished professor emeritus of political science at the City College and the Graduate Center of the City University of New York. “The destruction of Hungarian Jewry, on the eve of Allied victory, represents one of the most controversial chapters in the history of the 'Final Solution' in Europe.” 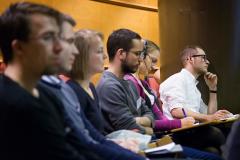 He went on to note that most of the 565,000 Hungarian victims considered themselves loyal Magyars (Hungarians) of the Jewish faith, citizens of a country that has yet to acknowledge a role in the Holocaust, let alone apologize.

“It is this failure to honestly and courageously confront the past that largely contributed to the increasingly virulent assault on the historical memory of the Holocaust,” Braham said. “Following the systemic change of 1989, the leaders of the successive democratically-elected governments, while aware of the reality of the Holocaust, have, with a few exceptions, consistently pursued policies that one, aim to deflect attention from the Holocaust by focusing on the positive experiences of the Jews in their emancipation in 1867 and on the rescue activities of the relatively few Christian Hungarians during the German occupation, including [Regent Miklos] Horthy's rescue: the halting of deportations in early July 1944. These policies also strove to bring about the rehabilitation of the Horthy era and the revitalization of the national Christian principles that had guided it. Finally, these policies were designed to absolve Hungary of any guilt for the Holocaust by placing ultimate and exclusive responsibility onto the Germans.”

In the first panel, scholars addressed “The Road to the Holocaust,” dissecting official policy of the Hungarian government, including the 1920 "numerus clausus" law, the first to place strict quotas on the number of Jews who could attend university. 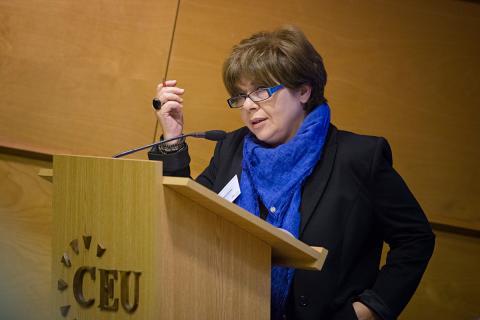 CEU Professor Maria Kovacs, director of the Nationalism Studies Program who published a groundbreaking book on numerus clausus in 2012, noted that historians can neither confirm nor deny a straight line between the anti-Semitism of the 1920s and that of the 1940s. Kovacs is, instead, very interested in whether or not – in the history of Horthy regime – a serious attempt was made to reconsider the 1920 Jewish quota or to try to put an end to discrimination.

“It is important because, 18 years later, the 1920 legislation served as a prototype legislation for the new anti-Jewish law," she said. "Proponents of the 1920 university quota were very explicit in that they intended to expand it to all income-earning occupations.”

Interestingly, Kovacs contrasted this with U.S. President Franklin D. Roosevelt's successful efforts to curb discrimination during the same era. In Hungary, Prime Minister Istvan Bethlen's 1928 reform of numerus clausus (which eased the quotas somewhat) was meant to satisfy foreign demands but not to genuinely eliminate discrimination, Kovacs said. “It was a phony paper reform. Lower-level government decrees were then implemented [to continue discrimination].”

Krisztian Ungvary, a research fellow at the Institute for the History of the 1956 Hungarian Revolution, discussed decision-making regarding the deportations of Hungarian Jews. He believes that the deportations were not part of a master plan, but a 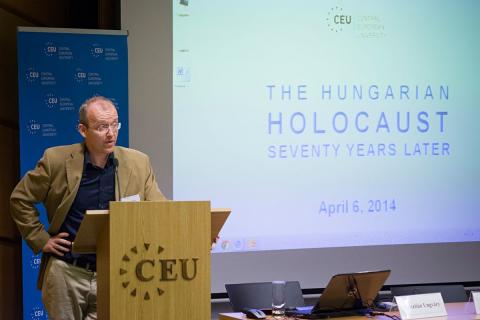 series of political decisions made by Hungarian authorities. “When Germans were sent here, it wasn't even clear that they had to collect Jews and deport them,” Ungvary said. “Everything that happened here did so in strong cooperation with Hungarian authorities. There was no German office that would've taken over Hungarian administrative tasks, there were liaisons.” In fact, Ungvary noted, according to phone books, the number of those Hungarians who worked with Nazi leader Adolph Eichmann on deportation numbered 60 and the whole of the Nazi staff in Hungary was no more than 200.

Regarding the effects on Jewish society after the war, CEU Professor Emeritus of History Viktor Karady reviewed his data on how many doctors had disappeared as a result of the Holocaust. Because Jews in the countryside were targeted first, many doctors moved to Budapest. “The losses of the Jewish groups is much bigger than Christian groups,” Karady said. “It is a very clear distinction which we have to make here between the various rates of losses.” Karady found that the survival rate of female Jewish doctors was higher than male and also noted that social status mattered. He also studied records of those who changed their surnames from Jewish names to Hungarian names to try to avoid persecution. 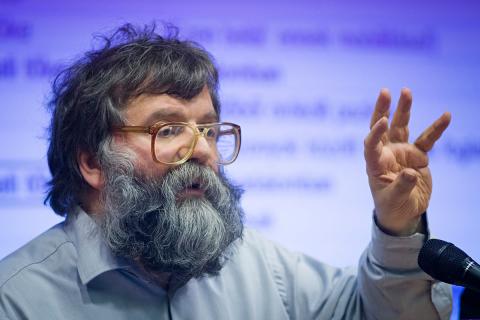 Karady's colleague Peter Tibor Nagy, head of the Wesley Research Center for Sociology of Church and Religion, reviewed similar data to determine the different kinds of social capital that could affect survival rates. “How can you hide? What kind of habits are necessary for this?” he asked. The level of education and chosen profession mattered as well as how well Jews were integrated into Christian society.

The final panel dealt with remembrance and commemoration of the Holocaust in Hungary. Gabor Gyani, who teaches at both CEU and Eotvos Lorand University, again pointed out that many commemorations have focused on rescuers and not victims. Under communism, it was essentially forbidden to discuss the Holocaust, so many memories were lost. “Personal biographic narratives have emotional impact,” Gyani said. “The Holocaust experience impacts the national myths. This might have led to self-scrutiny [for Hungary].” 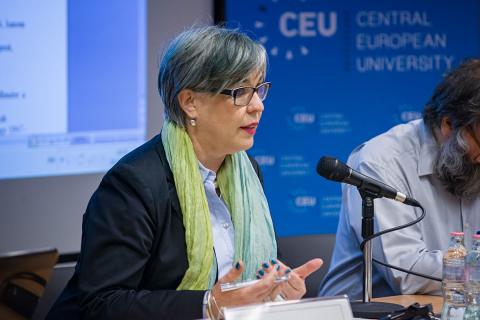 Visual History Archive to study personal recollections of Hungary's people's tribunals that tried members of the Arrow Cross after the war. Peto has reviewed 800 interviews and looked carefully at how the participants talked about the trials, how they are narrating, and how they discuss their participation in the legal process. “These stories are about revenge and satisfaction – they are atypical for Holocaust stories,” Peto said. In her related paper, she argues for understanding the different kind of truths constructed by digital storytelling. “Most damage is done by historians who think they know the truth and are the only ones who can share the truths,” she said. “Looking at memories of the trials warns us how necessary it is to recognize the fragility of memory.” 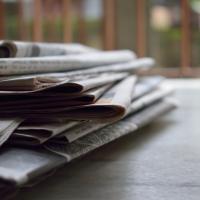 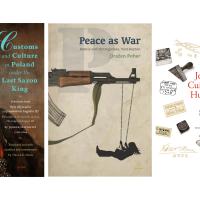 “As a small mission-driven press with a global reach, we combine depth with breadth”
April 9, 2020