Thinking Together about Enhancement and Disability

The first meeting of the Mobilization and Mutual Learning (MML) exercise under the Neuro-Enhancement: Responsible Research and Innovation (Grant Agreement No: 321464) EU 7th Framework research project was organized by CEU’s Center for Ethics and Law in Biomedicine (CELAB) on April 11. The aim of this meeting was to bring together individuals, patients groups, patient's rights organizations, paralympians, social scientists, bioethicist, and the public to discuss the possibilities and the personal and social implications of new, frontier technologies in the treatment of these devastating diseases and disabilities. Or, as CELAB Director Judit Sandor put it, “to think together.” 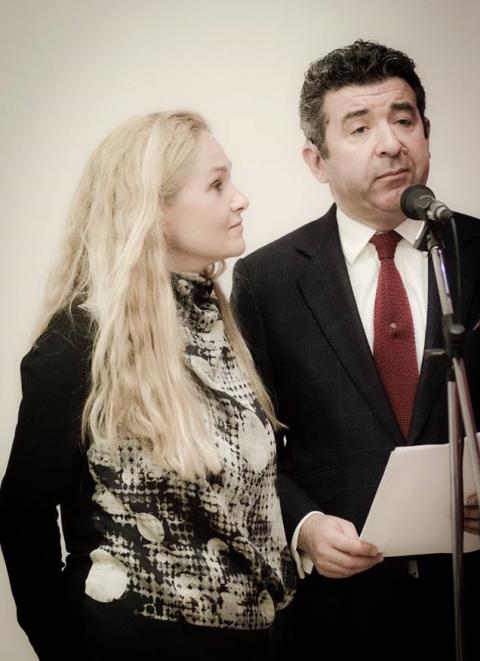 Benjamin Lebor shared his experiences of life before and after he received a cochlear implant. Image credit: Beatrix Molnar

The event began with the screening of “Fixed: The Science/Fiction of Human Enhancement,” a documentary by Regan Brashear. The film explores the boundaries of “normalcy” and “disability,” and raises the question of what makes us human. The screening was followed by participant Benjamin Lebor’s personal account of life before and after he received a cochlear implant, an electronic device that provides direct electrical stimulation to the auditory (hearing) nerve in the inner ear. Lebor, a British real estate developer living in Hungary, was born with a severe nerve injury in his ears. Seven years ago, his wife, who translated for him at the event, convinced him to have a genetic check. That’s when he met Professor Kiss, a surgeon in Szeged, Hungary who suggested cochlear implant surgery. Lebor said 95-99 percent of people who share his severity of deafness never learn to speak. He now hears 55 percent of the sounds that hearing people do, and in six months’ time this number will increase to 95 percent.

After Lebor's personal account, Sandor opened the floor for comments and questions. Some of the comments reflected on the huge gap between the concepts of trans-humanism and bionic men discussed in the documentary and the reality people with disabilities have to face in Hungary. One participant said “there’s a need for an institutional support system before we make God-like decisions,” and “job opportunities for the disabled are more important than diving,” referring to a scene in the documentary A member of the audience questioned the philosophy of enhancement, another noted the role of control, saying “one has to be mature enough to be able to make responsible decisions. One has to know how to use technology, and also, technology is not a solution for everything.” Pal Szekeres, deputy state secretary in the Ministry of Human Resources and paralympian fencer noted that  despite advances in technology, there will always be new disabilities but he sees hope for the disabled. “Once we accept ourselves, we can be accepted by society.”

Reflecting on the film and the ensuing discussion, CELAB Researcher Marton Varju concluded the first MML meeting noting that scientists have a responsibility in what they’re researching.

The Center for Ethics and Law in Biomedicine (CELAB) was established in 2005 at CEU with the aim to promote research and teaching in the field of bioethics and biomedical law. The Center assists scholars and students in their ongoing research and represents the University in international research consortia.