Is human improvement unlimited? Can we and, more importantly, how can we employ technological innovation to better ourselves? How imminent is the appearance of the man-machine? CELAB Director Judit Sandor hopes to help shape a normative framework underpinning the governance of neuro-enhancement technologies.

NERRI (Neuro-Enhancement: Responsible Research and Innovation) is a three-year project supported by the European Commission under the 7th Framework Programme which aims to contribute to the introduction of Responsible Research and Innovation (RRI) in neuro-enhancement (NE) in the European Area. The project started in March 2013. CEU’s Center for Ethics and Law in Biomedicine (CELAB) is one of the participants in this cutting-edge field of research in which 18 research centers from 11 European countries work together for three years.

The 18 European research centers involved in the NERRI Project work very closely together, performing different tasks simultaneously, trying to mediate between public attitudes, stakeholder positions, and scientific interests. Each partner organizes four events with different thematic foci and to different audiences. This approach is called mobilization and mutual learning action because we have to organize events in a way that we can mobilize different stakeholders and mutually learn from different groups of individuals in each participating country. 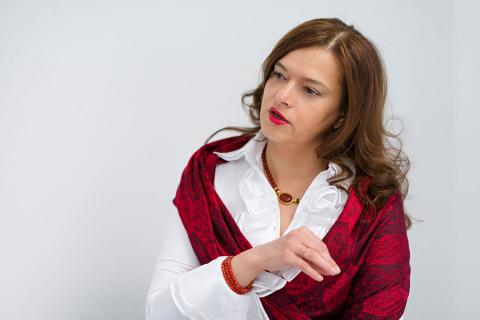 Sandor and her colleagues focus on the social, legal, and ethical challenges of new technologies. Image credit: CEU/Daniel Vegel

Since CELAB works in the field of bioethics and human rights, Sandor and her colleagues focus on the social, legal, and ethical challenges of these new technologies. “Our major questions are how notions of normality can be shaped by pushing the limits of human performance; whether parents feel an obligation to enhance their children; what the ethical and legal criteria for selecting enhancement are; and whether enhancement can be considered as therapy,” she explains.

The term neuro-enhancement encompasses a wide range of technologies that aim to improve cognitive, affective or sensory abilities − such as pharmaceuticals, brain stimulation methods, stem cell therapies, implants, or other neurotechnologies. Some of the enhancement technologies might be appealing for the elderly (such as deep brain stimulation) while others (such as using Google glasses) are more attractive to students. One of the challenges the project has to face, Sandor points out, is the lack of agreement on the scope of possible enhancement, despite the fact that several organizations, such as STOA (Science and Technology Options Assessments) of the European Parliament, are trying to classify enhancement technologies based on their outcome and invasiveness.

Enhancement, however, is not only a technological issue, but it’s also closely related to basic human rights, Sandor’s main focus in the project. “Several fundamental rights are challenged and require reinterpretation in the framework of neuro-enhancement.  What a medical professional understands as enhancement may not be seen as such to the patient, and what is a desirable goal for one person might be totally inadequate in another case,” she explains. “If classifications are merely techno-centric or pathological, important aspects of fundamental rights may be ignored or neglected. Therefore we try to find the normative anchors of neuro-enhancement. Our aim is to ensure that fundamental rights are guaranteed in this new field of science, so that we can respect personal liberty, privacy, and the concept of equality.”

Sandor approaches the topic of enhancement mainly from the aspect of fundamental rights, such as dignity, equality, liberty, and privacy. “This type of research usually takes the form of desk research with legal analysis. However, we have to learn from various stakeholder groups first before conducting a legal assessment of the normative anchors,” she describes the process.

She also tackles the question of fairness of competition in her research. “Since the beginning of the economic crisis, employers often require almost superhuman physical or mental performance at work that cannot be achieved without some form of stimulants.  If employers decide to hire people with enhanced capacities, enhancement will be used as a tool to survive the tough competition at work and cease to be a personal choice,” she illustrates her point.

During the early stages of the project, Sandor realized the difference in the perception of enhancement in Hungary and elsewhere. In Hungary, not even the kind of a wheelchair assigned to a person is based on personal preference.” Yet Sandor appears optimistic.  “People concerned need a new horizon, they have to know this is all possible, new technologies are available for them. They can also have a meaningful and enjoyable life.” 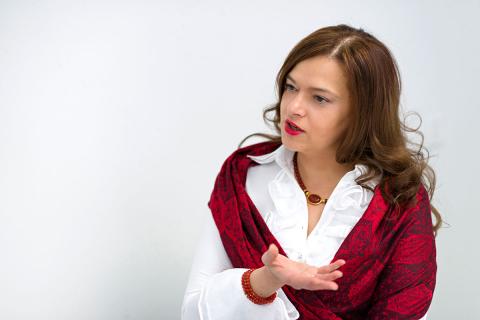 Based on the preliminary interviews that she and her colleagues conducted last fall, Sandor realized something was needed to make MML meetings attractive and informative for the concerned parties. She chose “Fixed: The Science/Fiction of Human Enhancement,” a documentary by Regan Brashear. CELAB commissioned Hungarian subtitles for the film especially for the first MML event on April 11, which not only helped get its message across to the Hungarian audience but also initiated a new, human enhancement related terminology in Hungarian. “We hope that it helps to open up a new framework for further debates on neuro-enhancement in Hungary. One of our guest fellows even developed a Hungarian website for the project so that Hungarians could follow what we are doing.” Visibility and exposure are key, as mobilization is the most difficult part of the project. “The full house event on April 11 was the result of many months’ work,” she recalls.

With her colleagues at CELAB, Sandor conducted interviews with patients, medical professional scientist, members of ethics committees.  “Many NGOs highlighted the lack of general knowledge and social recognition of patients. From an ethical and regulatory perspective, the identity of patients based on their illness/condition/disability must be taken into account when offering therapeutic or other interventions capable of enhancement. There may be a clear distinction between identity before and after the (biomedical) intervention. The use of enhancement devices may cause for patients further dependence on external help and on other external factors (electricity, software, regular medical supervision etc.). Enhancement and the use of enhancement techniques could compromise abilities and capabilities which were developed in order to cope with the medical,  physical or psychological condition, and it is uncertain where the balance lies between (re)gaining abilities and losing existing abilities” Sandor warns.

There are three more MML meetings organized in the near future. The event on April 29 will focus on education, with the participation of students and professors from higher education institutions.  The following event will discuss various ethical and legal issues with scientists and researchers, and the last meeting will be with decision-makers.

We are at a turning point, Sandor concludes. New technologies can serve medical purposes and help the aged, the disabled, and improve our quality of life in general. “The important thing is to ensure that when we use new technologies, we respect basic, fundamental human rights.”