Six hundred students from more than 70 countries received master’s and doctoral degrees from Central European University at the 23rd annual graduation ceremony June 21. Also at the event, the CEU Open Society Prize, awarded for substantial contributions to the creation of an open society, was presented to European Commissioner of International Cooperation, Humanitarian Aid and Crisis Response Kristalina Georgieva. 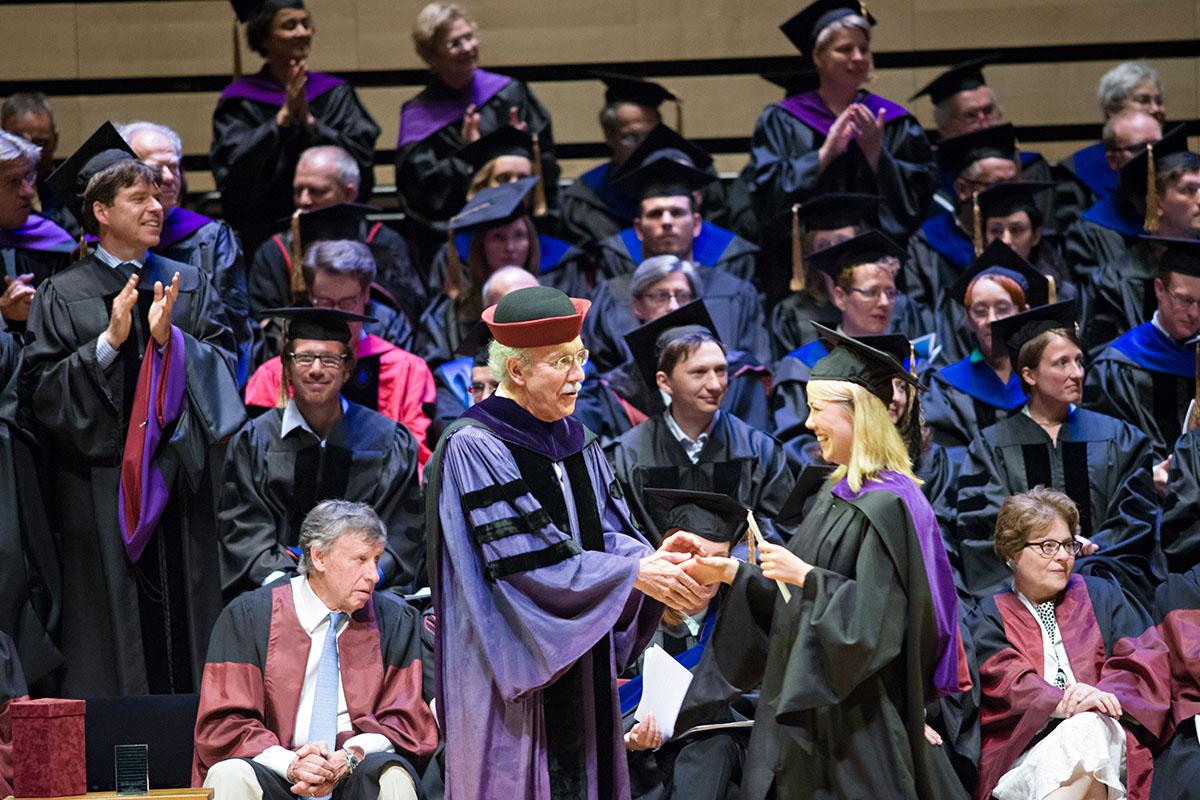 CEU President and Rector John Shattuck bestows degrees on over 600 graduates June 21 at the Palace of Arts in Budapest. Photo: CEU/Daniel Vegel.

“Today you are graduating as open human beings with open minds,” CEU President and Rector John Shattuck said prior to conferring degrees in the ceremony at Budapest's Palace of Arts. “Freedom has meaning and is worth the struggle,” Shattuck said, quoting Vaclav Havel, and adding, “Go forth armed with that ideal, and what you do will make us proud.”

The principles of open society and democracy are under attack today, and the pursuit of these principles remains as important as when CEU was founded in 1991 in the aftermath of the fall of communism, Shattuck said. 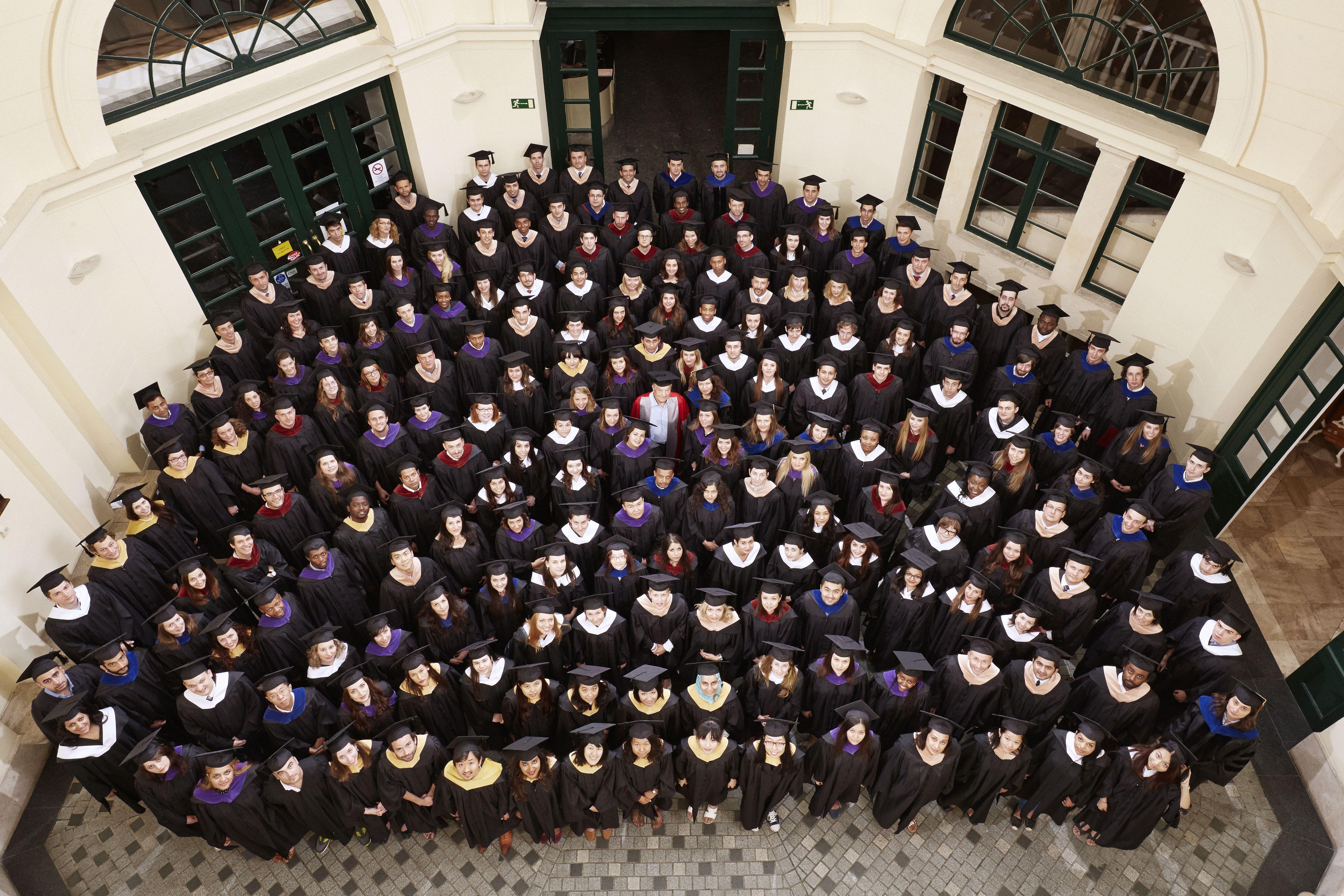 That is the value of a degree from CEU, according to Leon Botstein, chairman of the CEU Board of Trustees, said in his address. 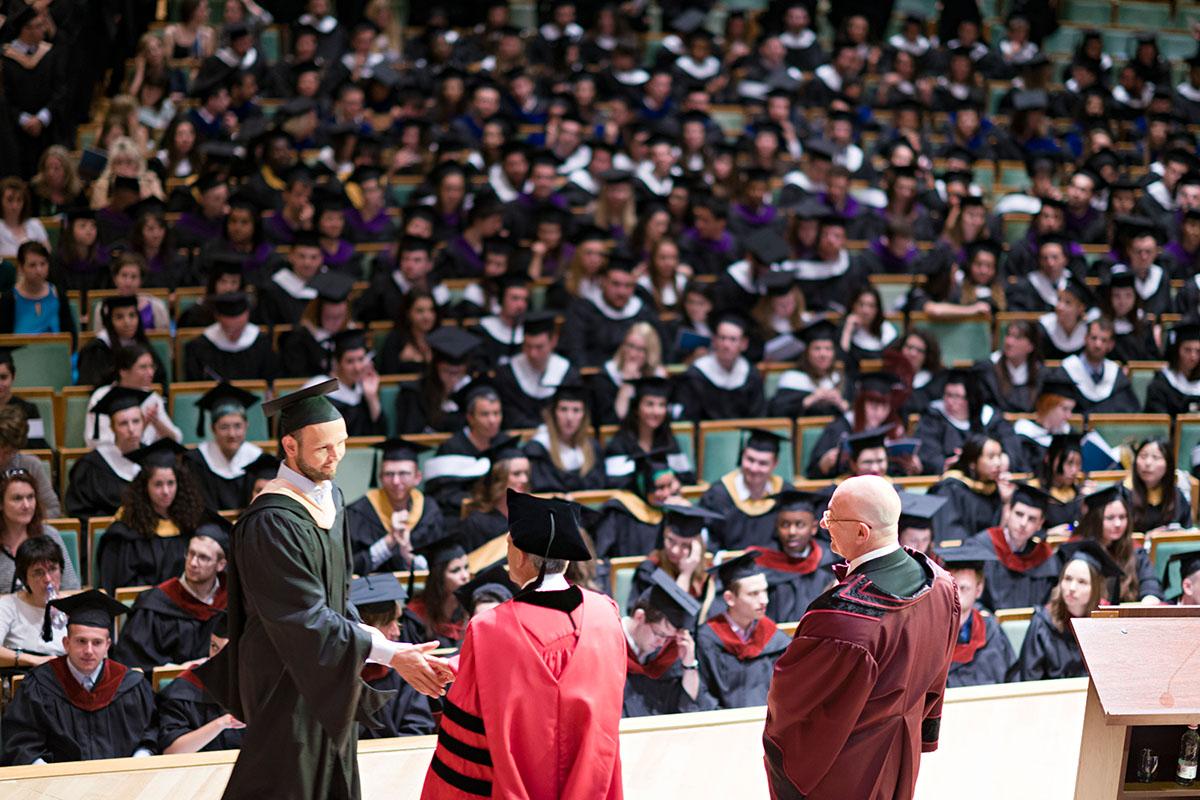 “The diploma you receive is very different from any other diploma from any other university, because this university believes absolutely in the possibility of connecting reason, human behavior and the betterment of one’s neighbor and fellow human being,” Botstein said. “Your degree is a cause for optimism that there is a chance for reason.”

Alumna Marta Szigeti Bonifert (CEU Business School '90) spoke of the need to become active global citizens and the value of CEU’s alumni network, which now numbers over 12,000 in over 100 countries.

“Look at the stars – you are one of them,” said Bonifert, executive director of Regional Environmental Center, Hungary. “We are all interconnected and we can make the dark nights brighter.”

“You all proved you are fighters,” said student speaker Nasiba Amanova, a graduate of the Department of International Relations and European Studies. “I can only hope this passion will come along with us as we walk out the door.”

Ivan Krastev, chairman of the Centre for Liberal Strategies gave the laudatio in honor of Commissioner Georgieva, who could not attend the ceremony due to urgent travel to her home country of Bulgaria, where devastating floods have killed more than a dozen people and left hundreds homeless. Georgieva’s Chief of Cabinet Mariana Hristcheva accepted the award on her behalf, but Georgieva addressed 2014 graduates in a video message. 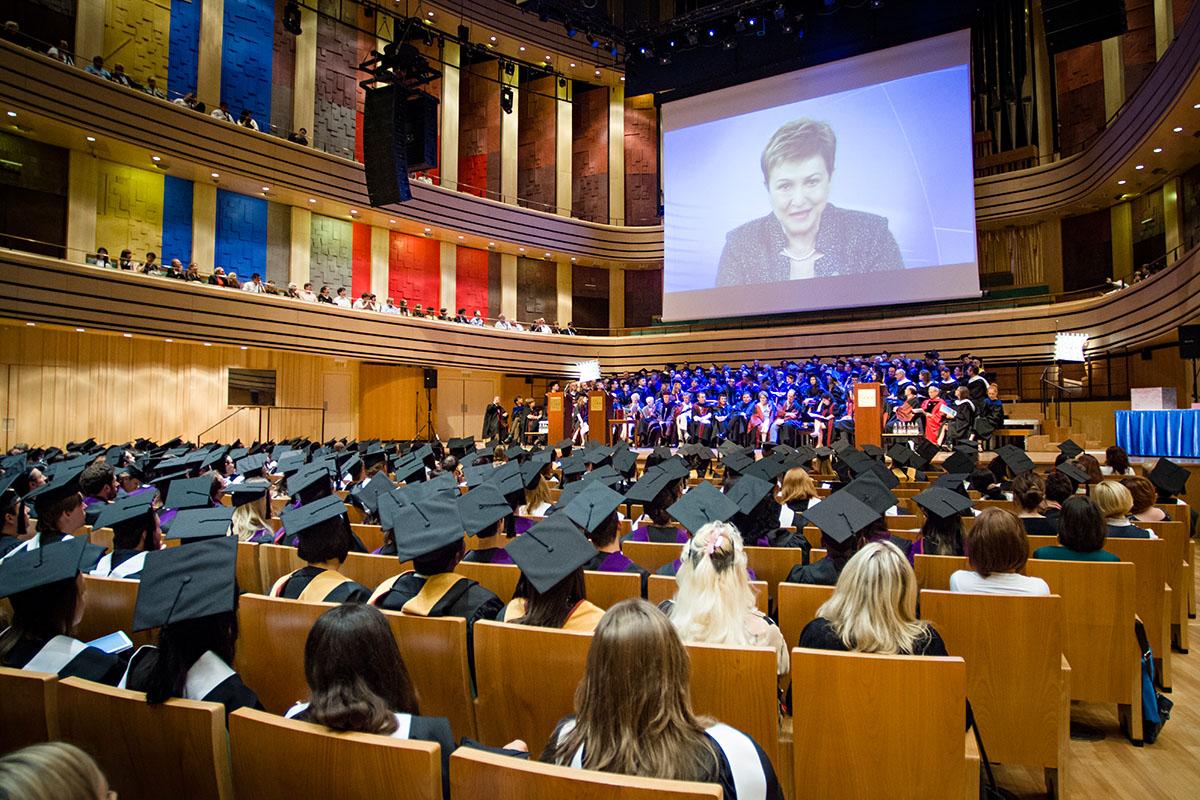 “You are graduating from a university with excellent academic credentials, but it is more than that; it is also a symbol of great positive change in a dramatically short period of time – from dictatorships and oppression to democracies and freedom,” Georgieva said. “Freedom of mind, freedom of movement, freedom to be who you are are still freedoms we need to rigorously defend, here at home in Europe, but even more so in the parts of the world where these freedoms are severely lacking. And there are other freedoms that are out of reach for hundreds of millions of people: the freedom from hunger, the freedom from wars, freedom from ethnic or religious persecution.”

Georgieva has been lauded for her activity and direct involvement in crisis management and aid to Haiti, Pakistan, and Chile after natural disasters. In May, she spent time in the Balkans, where the worst floodwaters in over 120 years drove more than 500,000 people from their homes. She is now overseeing the recovery effort, one of the largest-scale emergency operations in EU history. She shared her experiences in parts of the world torn apart by war and natural disasters.

“Whether is it because of the force of nature or the cruelty of man, time and again, when a tragedy happens, it is the most vulnerable people – the children, the women, the elderly, the handicapped – that pay the biggest price.”

Her advice for graduates? “Have the compassion and courage to care, because it is morally right, but also because it is in your own interest to help the world become a better place for all its people...The world out there is full of challenges waiting for you. CEU Class of 2014, go get them!”

Shattuck echoed that sentiment, closing the ceremony by telling graduates, “Go out and change the world!” 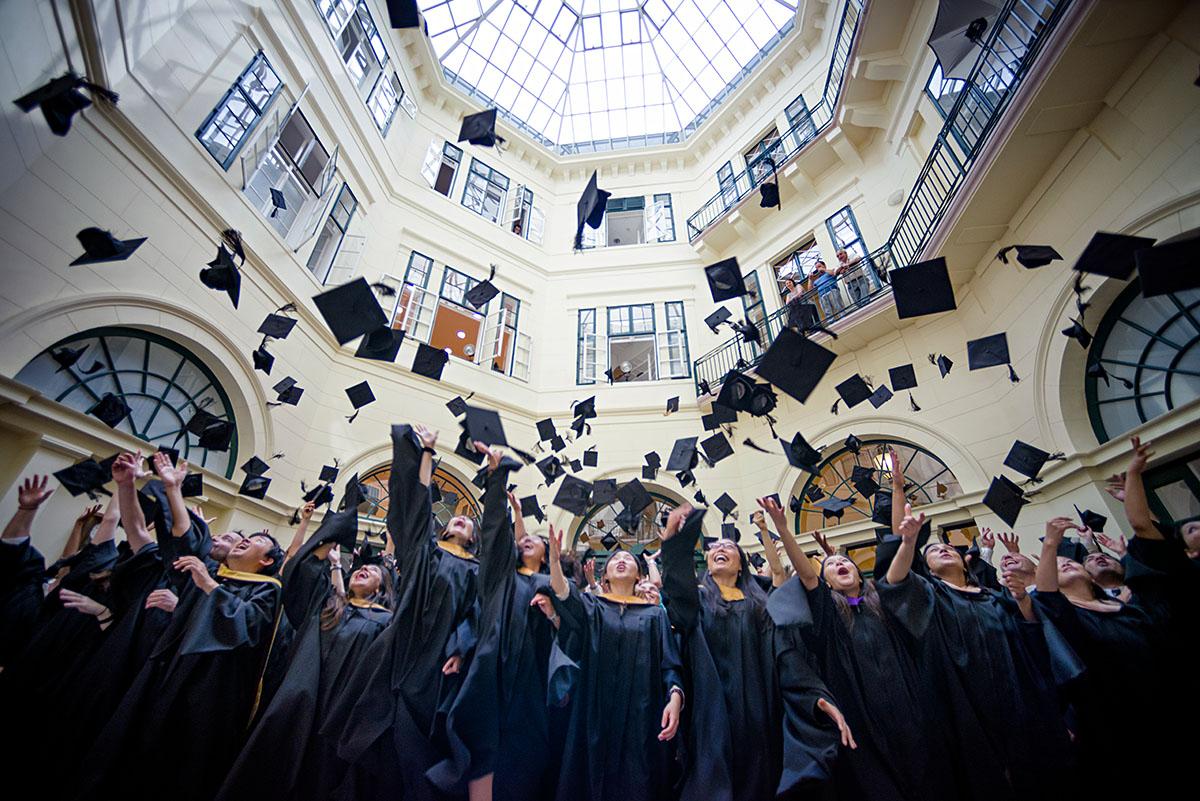