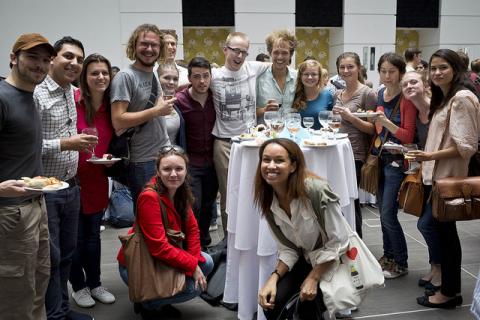 “You are a tapestry of the world,” CEU President and Rector John Shattuck told CEU's incoming class at the opening ceremony for academic year 2014-2015, the University's 24th year. “You come from 87 countries across the globe, from Albania to Zimbabwe, and you’re joining a university community that has students, faculty and staff from over 100 countries, and this year had applicants from an incredible 127 countries around the world.”

Shattuck reminded the audience that CEU is built on the principles of open society – the very same principles that “brought down the Berlin Wall and liberated Central and Eastern Europe.” He noted, though, that the pursuit of truth, freedom of thought and speech, the rule of law, and other principles are still threatened today. “But today’s challenges are more complex and often more difficult to recognize.” 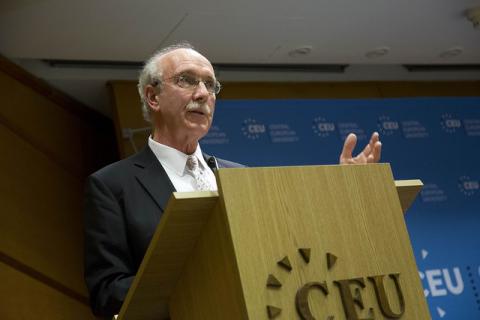 Despite these challenges, CEU is thriving and continues to play an important role in tackling society's most pressing issues. The incoming class will strengthen CEU's already vibrant and esteemed academic community. “We’ve recruited excellent students like you from all over the world. We’ve brought together an outstanding international faculty immersed in the study of human affairs. We’ve become a center of excellence in teaching and research. We’re among the top five universities in Europe today in successfully competing for EU funding in the social sciences and humanities. All parts of CEU are among the best in this region, and several of our departments are ranked among the top 100 in the world.” 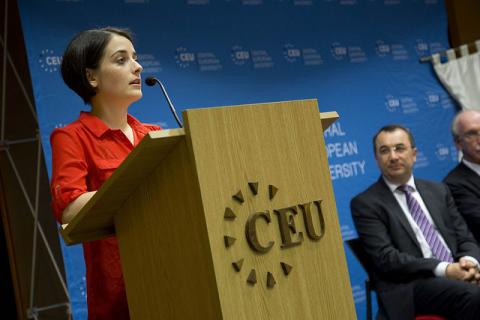 and is embarking on her PhD studies this year, was asked to speak to the incoming class. “The History Department demanded from its students a high level of engagement. We were asked constantly to read, to critique, to argue, to analyze, to write. Working closely with a supervisor, researching and writing a thesis at the end of a two-year program was the most challenging academic exercise I had ever undertaken, but, that was exactly what i was looking for. I was looking for a place that would push me, that would justify being so far away from home, that would welcome me and accept me and at the same time encourage me to become a different and more knowledgable version of myself. CEU opened the door to new places, to new sights, to new smells, to new tastes. Most importantly to me, it opened the door to a world of new people.” 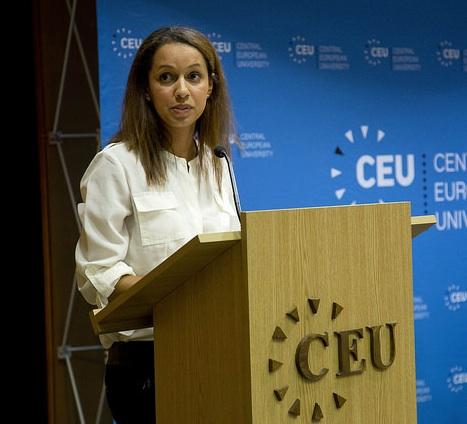 American Shirlene Afshar Vogl is an incoming student who was born to Iranian and Caribbean parents. Married to a Hungarian, Afshar Vogl has lived in Budapest for four years. After hearing about CEU from a friend who was earning her LLM degree at the University, Vogl began to look into CEU's academic programs and attend events and public lectures to learn more about the University. “I immediately felt right at home and I was convinced that CEU was the only place I wanted to attend if I ever decided to pursue my graduate studies. When applying, I realized that CEU's Department of Public Policy offered everything I was looking for in a graduate program. Firstly, it had an international setting with a colorful array of cultures. It is part of a prestigious institution that would challenge me academically. And lastly, and most importantly, it would shape me into the positive changemaker I aspire to be.” 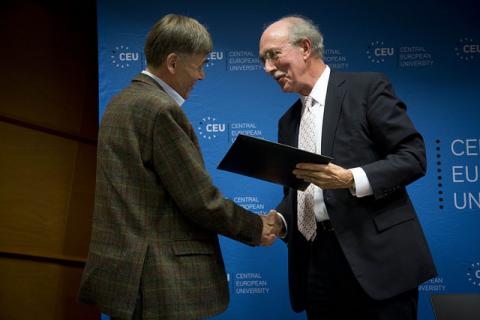 “This is really a big honor and a big surprise. We are very, very grateful and also simply very, very happy to be the beginners of a new tradition,” Bohle said. “I think I do speak for all three of us when I say that the research we've been doing could not have possibly been done at any other university – it has a deep CEU imprint.” Bohle listed four major factors that affect the quality of CEU research and differentiate it from other universities: the diversity of faculty, staff, and students; the small, concentrated nature of the University that allows for interdisciplinary research; the collaborative and collegial culture between faculty and students where the latter are seen not only as students but as young researchers; and, finally, that CEU faculty and researchers, on the whole, are dedicated to research for broader social purposes, beyond just academic purposes. 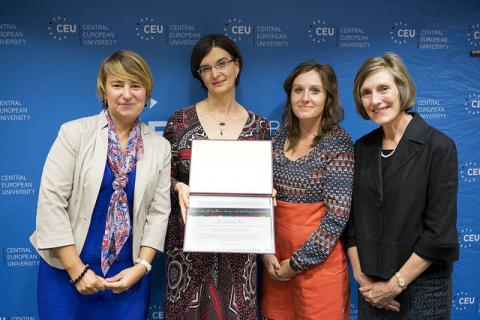 The third annual European Award for Excellence in Teaching in the Social Sciences and Humanities was presented to Dr. Monika Baar, Rosalind Franklin Fellow and senior lecturer in modern history at the University of Groningen. CEU Provost/Pro-Rector Liviu Matei initiated the award as a way of calling attention to the importance of excellent teaching as well as research within European higher education.

Baar, who has a deep interest in the history of Central and Eastern Europe, was recognized for her exceptional efforts to encourage her students to critically interrogate standard historical accounts and for devising courses that go beyond Cold War dichotomies, highlighting regional subtleties. A native of Budapest, Baar is an alumna of CEU. She earned an MA in history in 1995 before going on to Oxford to pursue her PhD.