Opening the third lecture in the Humanities Lecture Series, “The Indispensability of Humanities to the Social Sciences,” Pro-Rector for Social Sciences and Humanities & Hungarian Affairs Laszlo Kontler highlighted CEU’s “commitment to academic work with relevance.” When introducing the speaker Rajeev Bhargava, professor at the Centre for the Study of Developing Societies in Delhi, India, Prem Kumar Rajaram, associate professor in the Department of Sociology and Social Anthropology, reflected on the nature of values and ideas. 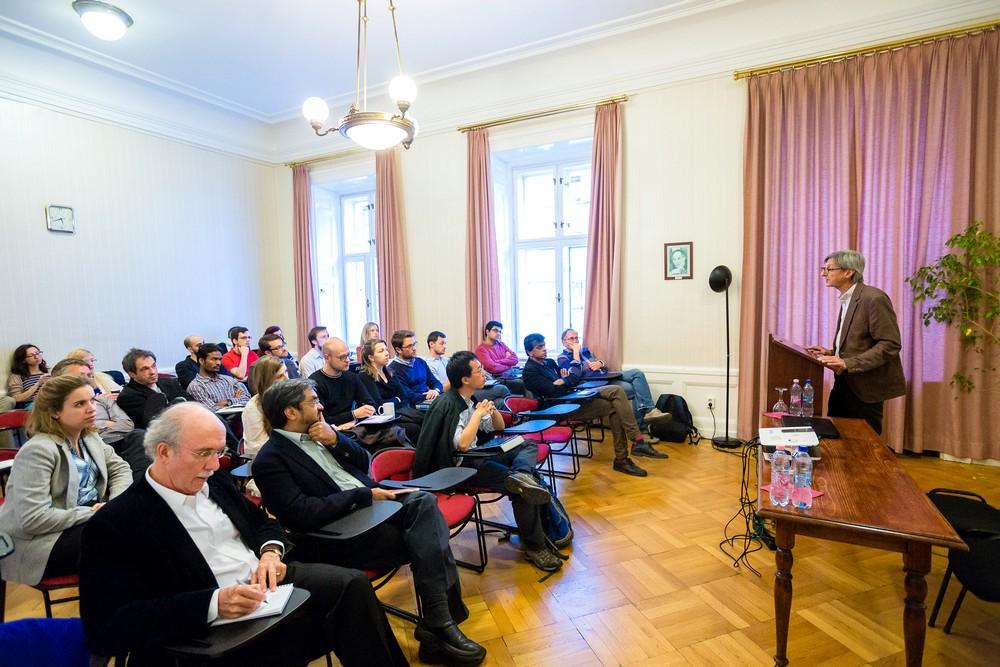 “Humanities are constitutive of social sciences,” Bhargava stated, adding that it’s “minds grasping minds” that motivates science, not only minds grasping objects. “For humans have countless capabilities,” he continued, “if social sciences don’t do justice to the humanities, they’re wrong.” Humans are physical beings born into a conceptualized structure, an elementary understanding of which is required for social living. “Understanding the world is impossible without understanding the conceptual structure of the studied community,” Bhargava warned, drawing the conclusion that philosophy is indispensable to social sciences.Bhargava said the Humanities Lecture Series takes a “historic location today when higher education is in crisis, when the humanities and the concept of empathy are brazenly neglected, and when the pursuit of what the ancients called wisdom, what makes us human that is, is considered an ‘extra.’”

Beyond philosophy, understanding mythic culture (fantasies, folk tales, social imagery, in a word, “art”) is also essential to the common understanding of human actions. The direct perception of representations of cultural memory (literature, films, monuments, etc.) is crucial for understanding the human world. 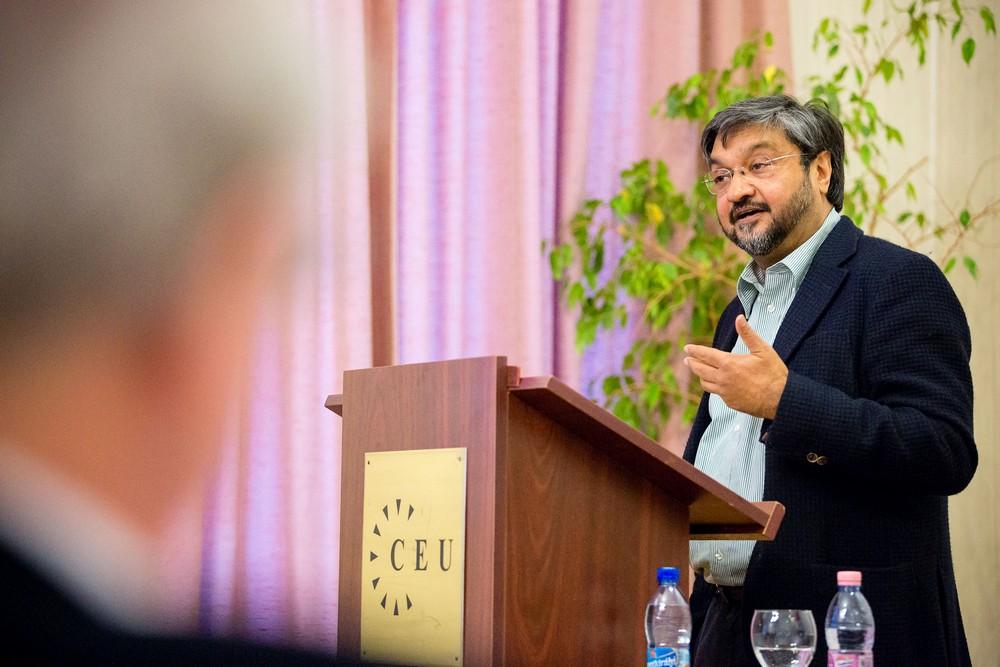 Arguing for the indispensability of philosophy and art to social sciences, Bhargava discussed the importance of the “more problematic” area of religious studies. First dismissing religious studies as irrelevant if they only concern the transcendental, Bhargava highlighted the major steps in the process of how the concept of belief changed from a direct communication with the world to a state of mind and later to an attitude towards truth with the appearance of an element of uncertainty. “If religious studies concern the rituals, practices, and institutions of a society to understand individual motivations, then the study of religions is vital for social sciences.”

Rajeev Bhargava is currently a professor at the Centre for the Study of Developing Societies (CSDS), where he served as director from 2007-2014.