Pogonyi on the Situation of the Roma in Miskolc

http://www.hir24.hu/belfold/2014/09/22/kitelepitjuk-oket-mert-szegenyek/ - Hungarian news portal hir24.hu reports: The news magazine entitled “Newshour” of the American public television reported from the streets of Miskolc. Szabolcs Pogonyi, head of CEU’s Department of Nationalism Studies said that the people, especially those living in the poorest areas, feel as if the government has abandoned them. The victims of minor crimes have the impression that the authorities are not doing anything. It is in this situation that Jobbik partisans turn up and tell them that they will really defend them.

Other item of Hungarian coverage: 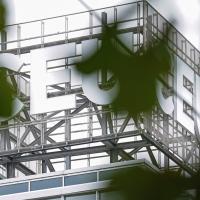