Real-World Battles Will Be Won or Lost on the Internet, Doctorow Says

The more computers become part of us and we become part of them, the more opportunities for surveillance and hacking are introduced. Cell phones already track our whereabouts, log our tastes, and store our private e-mails, but personal handheld devices are only the tip of the iceberg. Modern cars and buildings are computer-reliant and advances in the medical field mean we are wearing computers as pacemakers, cochlear implants, and even prosthetic limbs. At a January 15 lecture at CEU, science fiction author, activist, journalist and blogger Cory Doctorow warned that, as technology evolves, we are challenged with how to regulate and mandate it without being victimized by it.

Increasingly complex and prevalent technology in computers "presents regulatory questions and our answers are some of the most significant we have in policy circles today," Doctorow said during his talk, "I CAN'T LET YOU DO THAT DAVE: The Dystopian War on General Purpose Computers and What You Can Do About It." Historically, Doctorow continued, "when a technology was implicated in a social problem, we often solved that problem with a technology mandate." For example, radio frequencies are regulated so as not to interfere with one another. Today, however, devices are run by complex and specific software, usually proprietary. Anyone who has used Apple products, for example, is familiar with the strict limitations on data purchased via their store and the lengthy "terms of service" that users are required to comply with, at least in theory. 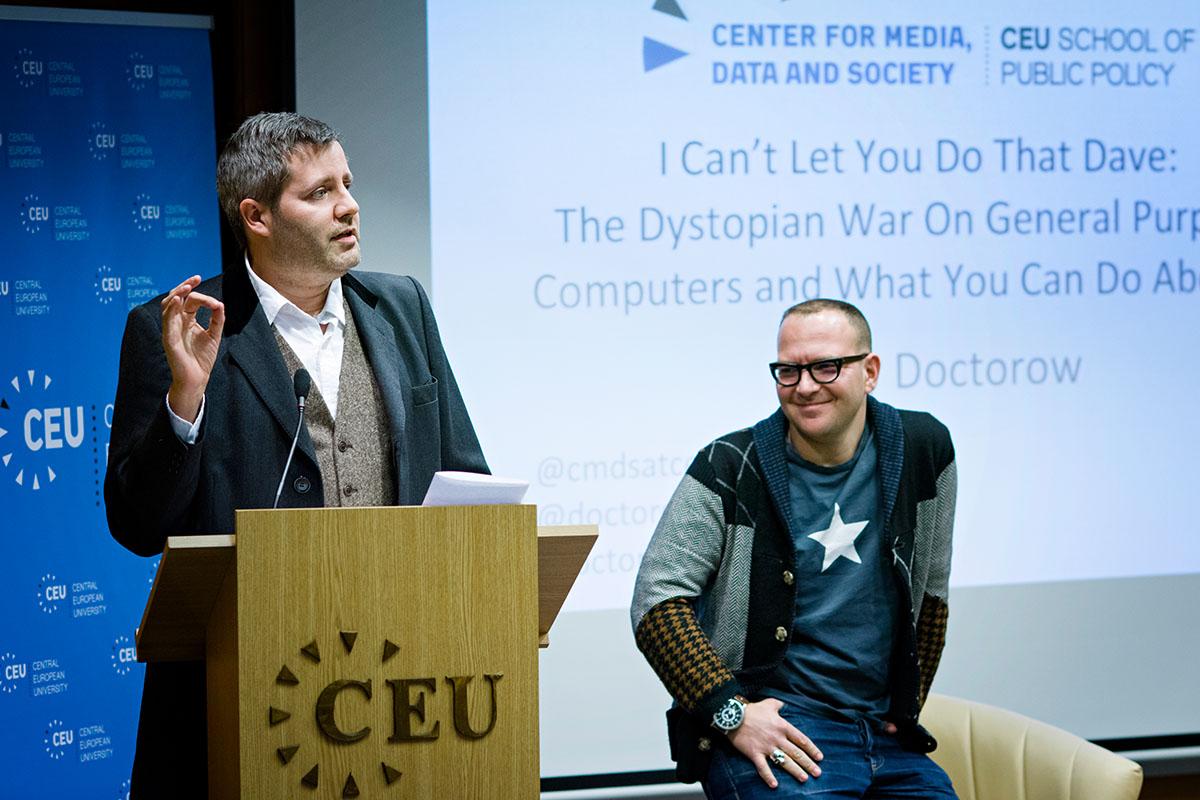 "Computers can't be appliances the way we want them to be appliances," Doctorow noted. "Firms are under extreme pressure to tether their devices to ecosystems that they can control." Companies want to design devices and computers that run only on software designed by them and create a scenario where there is "a cost that customers will have to bear to change loyalty."

Of course devices can be unlocked – freed from the manufacturer's tethers – but it is illegal to do so. As Doctorow explained, regulations protect manufacturers. "The fact that they can't do it [unlock devices] in a way that's open and income-generating, it means the industry can still thrive." He also warns that while unlocking a device might feel like a "win" against large electronics juggernauts, it opens up your device to serious vulnerabilities.

"The long-lived vulnerabilities threaten our own lives," Doctorow said. "Our phones know who we are and who our friends are and where we're going and what we take pictures of, what your e-mails say. A vulnerability in your iPhone doesn't just let you break out of Apple's monopoly, it puts you at risk. Malware authors rely on these vulnerabilities to attack us." 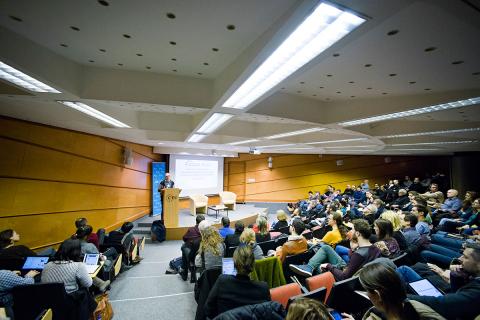 These vulnerabilities, which are generally hidden from consumers due to proprietary laws, open users up to myriad dangers. "What does this mean for the future of devices that you aren't allowed to know the vulnerabilities of? – it means that our devices go from honest servants to potential traitors."

The vulnerabilities are not just in handheld devices but, increasingly, in the computers in our homes, our cars, and even our bodies and allow for increased surveillance and anti-consumer effects. How efficient it would be, Doctorow noted, for Stingrays – fake cell phone towers that prompt phones to pulse back data that includes identity information – to gather information about protestors at last year's EuroMaidan that would allow police to easily detain them. In the U.S., people with poor credit ratings are being courted by companies that will loan them money to purchase a car, however, the car will be equipped with GPS and a computer-controlled device that can turn off the engine if the customer is late with payments. Another nightmarish scenario Doctorow outlined puts the user, again, in the role of adversary with the ostensible ability of a state to control "smart meter" heating systems remotely.

"A promise of the smart meter is that it will allow us to reduce our reliance on coal – it turns down everyone's thermostats by one degree," Doctorow said. "Imagine a state having this control to turn off the heat for those who are deemed dissidents or enemies."

Since the Edward Snowden/NSA revelations, ordinary citizens have become acutely aware of the power of their governments, Internet search engines, and social media platforms to spy on them and monitor their activities. British Prime Minister David Cameron recently said there should be "no means of communication that we cannot read," and, Doctorow noted, many of the world's governments have begun to buy computer vulnerabilities; they can then sell these to spies who can weaponize them. 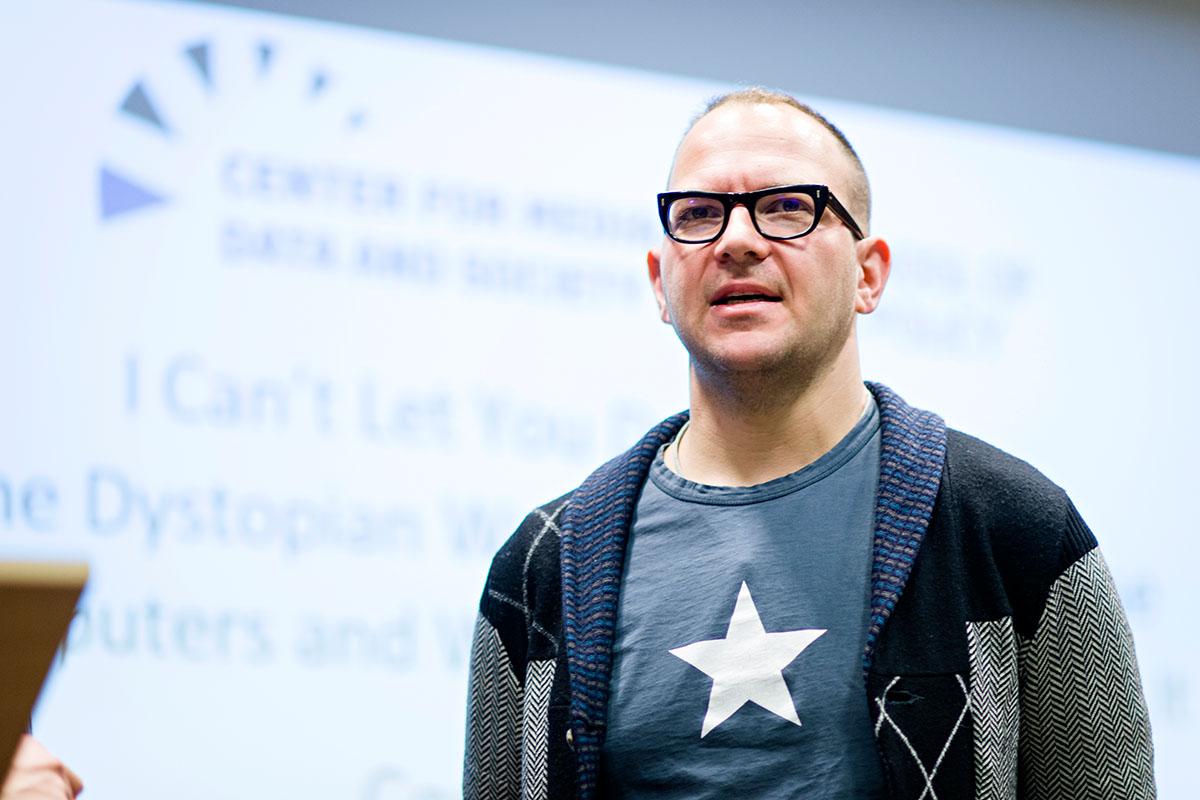 Why bother spying on the masses? Doctorow asked. One reason is to attempt to maintain social stability. "Quality of life for those in power is at risk if social stability is disturbed. Social instability is a threat to extreme wealth." This is especially pertinent in instances of autocratic rule like North Korea and the Assad regime in Syria. "North Korea is full of people who don't acknowledge the state's legitimacy and especially question the distribution of wealth." Those "dissidents" are clearly a threat to the structure that allows those in power to maintain that power and influence. In the U.S., for example, climate-change deniers often have a vested interest – i.e. the influence of big power and energy companies – in maintaining the status quo and not curbing practices that are harmful to the environment.

Citizens can do things to protect themselves and, Doctorow underscores, cryptography (scrambling data to send it securely) works. But, to him, it's less about the technology itself and the fight to keep networks secure and more about what the technology enables or disables.

"The real problems we have today are much graver – corruption, poverty, climate change – all these fights will be fought or won on the Internet," Doctorow noted. "All other policy questions depend on how we answer Internet policy questions."

Doctorow's visit was sponsored by CEU's Center for Media, Data and Society (CMDS). Phil Howard, the director of CMDS, introduced Doctorow and moderated the discussion.