From Delegation to Dialogue: A Shift in European Policymaking

When Uwe Puetter, professor in the Department of Public Policy and director of the Center for European Union Research, started to work on his research into the changing role of the European Council and the Council of the European Union (or the Council in short) in 2007-08, he was met with skepticism. It took the Euro crisis to convince skeptics of the relevancy of the European Council. In fact, his projections into the transformation from a purely legislative institution to a platform for policy coordination proved to be not only well-founded but also true.

The European Council was originally set up like an ad-hoc arrangement rather than a formal institution, Puetter explains. In the 1970s, French President Valery Giscard d'Estaing and German Chancellor Helmut Schmidt wanted to reinvigorate European integration. They thought if top leaders were given the opportunity to meet regularly they'd be in a better position to revitalize the integration process. This “opportunity” wasn’t conceived as the European Council, but rather as a “salon," a series of informal fireside chats. However, by the 1980s, the European Council gradually became a formalized institution where the heads of state and government could meet two or three times a year to make big decisions about the future of European integration. One such big decision was the introduction of the single currency, the euro.

With the Maastricht Treaty, signed in 1992, new policies were introduced, such as economic governance, policies regarding fiscal policy coordination, and the EU's role as a foreign policy actor. As soon as these policies were agreed upon, there was no going back to delegating these policies to the European Commission. Traditionally, it was the European Commission that dictated how the rest of the EU functioned when it came to the execution and implementation of European policies, Puetter clarifies. This changed with the creation of economic and monetary union. Member states did not agree to delegate competencies to the Commission, but instead expressed a will to coordinate national policies more intensively. The Council became the platform for this dialogue.

Puetter argues that European integration since the early 1990s gradually moved to the stage of economic and monetary union. The EU also assumed a prominent role in foreign affairs. The financial crisis was a test case for the EU as a monetary union, leading to a very prominent intervention of the Council and, predominantly, the European Council. 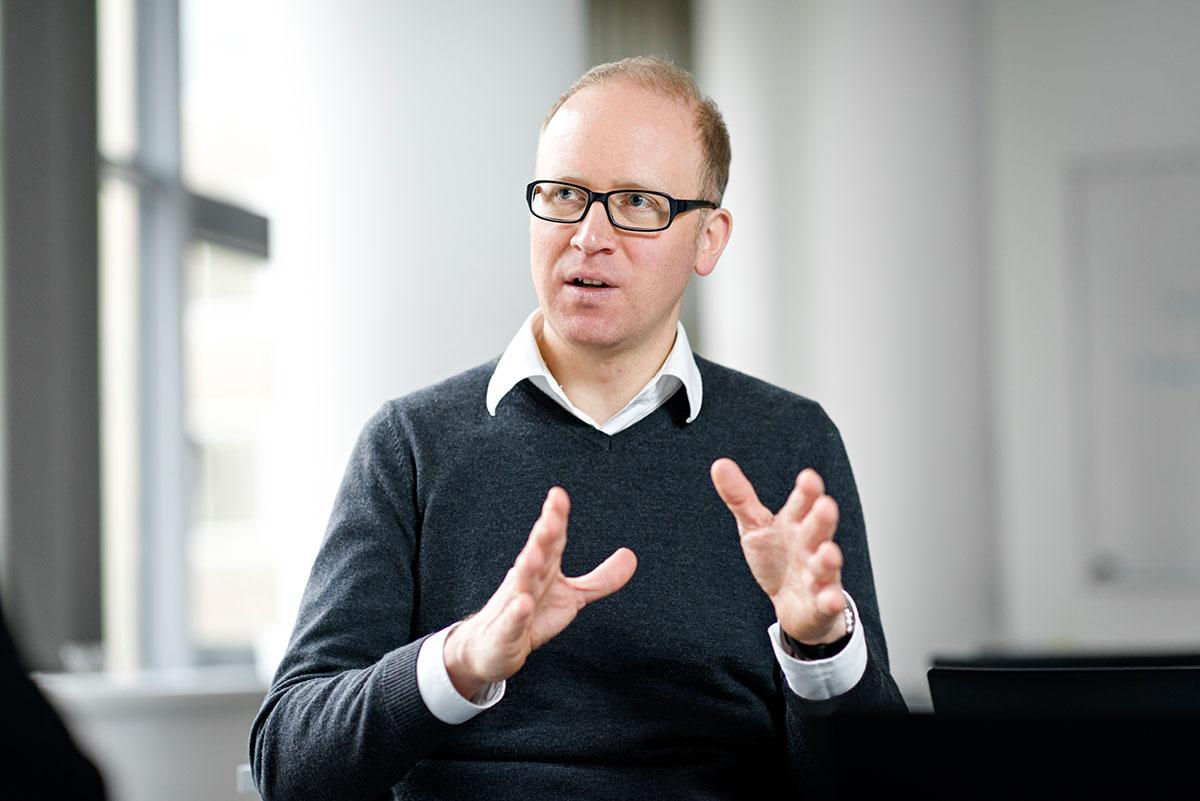 By the early 1990s, the EU already had tremendous powers. New member states had to implement EU laws and regulations as soon as they acceded, and they felt this practice limited the scope of their national government. Ironically, Puetter says, this resulted in the "integration paradox." Europe's success led to a backlash. Certain member governments thought that taking one more step toward integration would lead to ending up as a federal state and the loss of autonomy and power. Puetter calls it the “the irony of European integration” that instead of refusing furthering integration, member states became more reluctant to delegate powers to the Commission. They called for European foreign policy, but wanted to be able to decide collectively. “They wanted to be in the room making decisions.” As a result, the European Commission has become only one of the actors among the various member state governments by now.

At the start of the Euro crisis some experts predicted an acceleration in delegation. They said the EU would become a state, and member states would give more powers to the Commission. However, both the Euro crisis and the current crisis in Ukraine have led to the intensification of policy coordination and the pooling of resources. Originally, Puetter explains, the Council decided on legislation. Now, they spend a lot of time and energy on policy coordination gathering member states' representatives around the table and agreeing on common policy objectives. They are not mandatory, but members are constantly pushing each other to meet these objectives. The original idea of the EU was different: the European Commission made sure that legislation was implemented. That model was changed in the 1990s.

Intergovernmental relations used to evolve around legislative decision-making. Representing their national governments, ministers met in Brussels to agree or disagree on legislative ideas. Intergovernmentalism in the 1990s was perceived as a competition of national positions. The outcome was a compromise that became institutionalized and was delegated to the Commission. This process could not be maintained for long.

Puetter coined the term "deliberative intergovernmentalism" to describe the phenomenon of governments investing more and more time and effort in coordinating with each other. “Top politicians from national governments regularly meet in Brussels to debate policy responses,” Puetter explains. It's more than just the negotiation of predefined positions, it's also a forum in which policy is created. It is the “institutionalization of deliberation as a regular exercise,” that is whenever the need arises to coordinate, heads of state and government meet and debate for as long as it takes to find a solution.

Puetter is not saying that each and every thing the EU tries is a resounding success. "When they find it difficult to have a unified position, they simply increase their efforts. In my prediction, the European Council will play a very prominent role in managing current and future crises."

How does deliberative intergovernmentalism work in the current climate of Euro-skepticism and the rise of the far right? Most of the policy-making elite in Europe are convinced that national solutions do not always work. They’ve realized that in an economic and monetary union only collective action is effective. The same goes for foreign policy. Unless acting collectively, member states risk becoming irrelevant, Puetter observes. What he sees as a problem is another paradoxical development. While the elites push for "more Europe," there's a bottom-up pressure against it. This phenomenon allows national governments to say they won't give more power to the European Commission but be in charge of their own destiny. Puetter points out that although we see leaders claim to have represented national interests at press conferences following summits, that's not what happens in the room. Instead, an agreement is achieved after often long and heated discussions. Heads of state and government who attend summits are highly committed to working towards a collective solution, even at the risk of sacrificing some nationally important positions. Puetter calls it ”the irony of public image in the business of politics” that while heads of state and government try to present themselves as defenders of national interests they're promoting European cooperation, in fact. 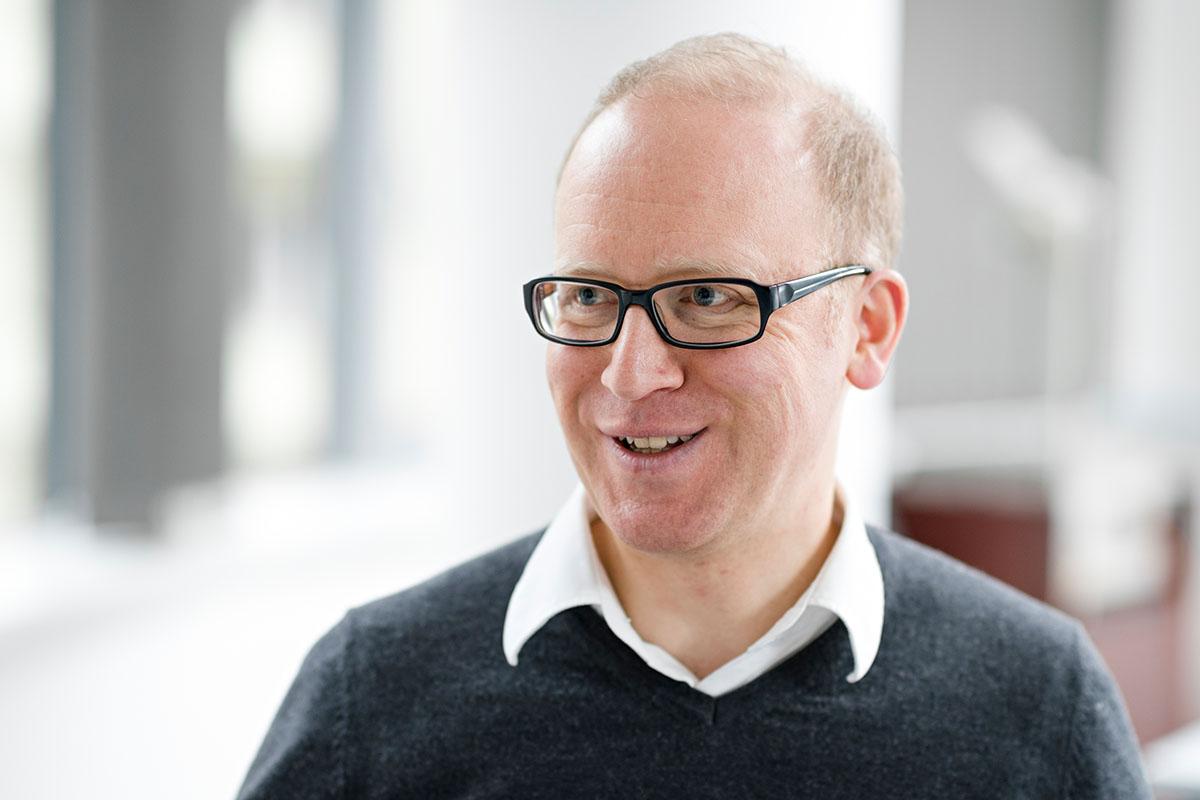 Puetter coined the term deliberative intergovernmentalism to describe the phenomenon of governments' endeavor to cooperation and coordination. Photo: CEU/Daniel Vegel

Euro-skepticism contributed to this paradoxical development. National leaders tend to feel they're closely watched for what they say about Europe by their electorate. In the 1990s, there was relatively large enthusiasm for EU enlargement in Eastern Europe and a growing skepticism in the West. Now, Euro-skepticism is back to Eastern Europe. In times of Euro-skepticism, national governments' reaction has always been to tighten their grip on EU integration, so that they could claim to be in control at home, Puetter argues. Now that the EU enlargement is done, attention in Eastern European member states has shifted towards new policy portfolios, such as economic governance and foreign affairs. The novelty of being an EU member state has worn off, Eastern European member states are facing either a growing far-right stand against the EU, or the complete opposite, an increased pro-EU stance. Five or six years ago, the majority of the Eastern member states weren't in the position to be able to have a say in European policies. With a shift from delegation to dialogue, this has all changed.