Illiberal Democracies Are Our Adversary Not Our Enemy, Ignatieff Says

In 1989, there was hope that democracy, open society, and globalization would advance together – that liberty was indivisible. Professor Michael Ignatieff of Harvard’s Kennedy School of Government discussed how these propositions turned out instead in his talk “Is Liberty Divisible? The Challenge of Illiberal Democracy and Capitalist Authoritarianism” at CEU March 16. The lecture was part of the Frontiers of Democracy series.

In his opening remarks, CEU President and Rector John Shattuck described the framework and central themes the Frontiers of Democracy series examines such as: challenges constitutional democracies face, how regional and international structures of governance have weakened, and on a more optimistic note, how the demand for democracy across the globe has risen. 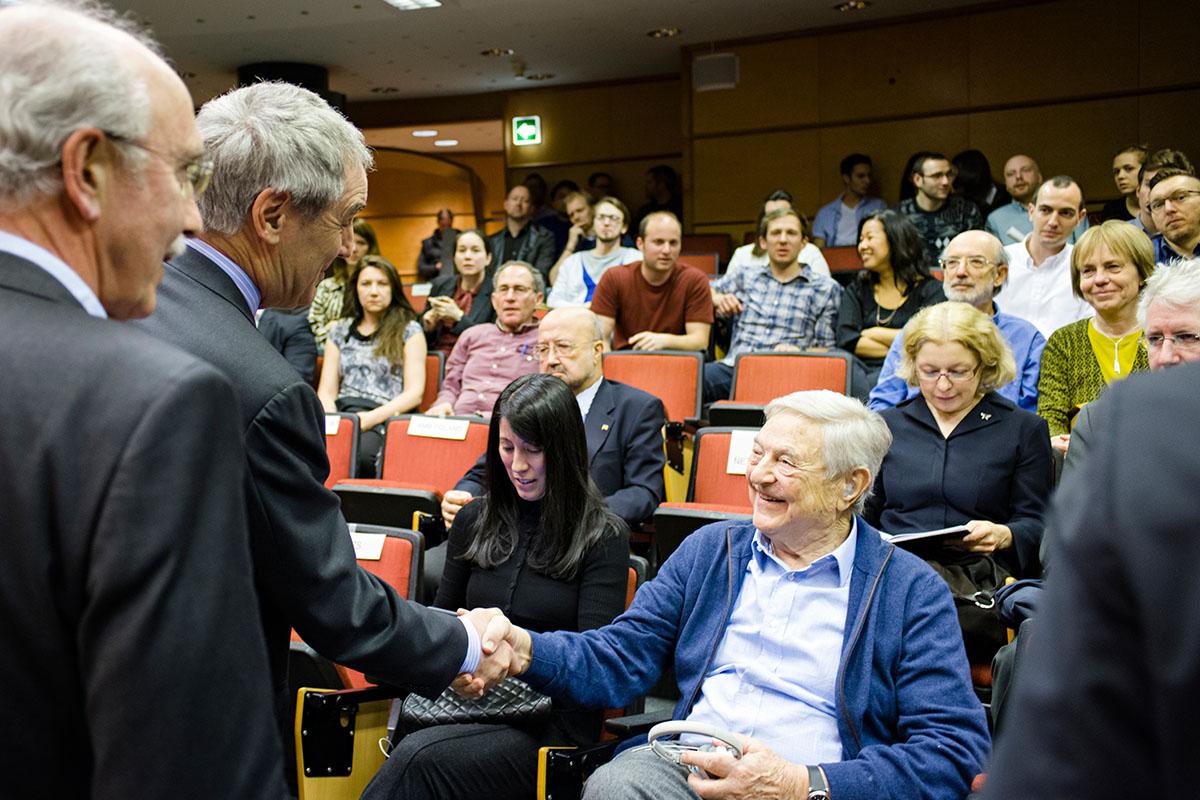 Shattuck introduced Frontiers of Democracy’s distinguished keynote speaker Michael Ignatieff as “one of the foremost commentators on contemporary problems of democracy, human rights, and governance.”

Ignatieff started his talk by acknowledging members of the audience whom he learnt from all his life, such as CEU Founder and Honorary Chairman George Soros.

The illusions of 1989 – indivisible liberty, open society, democracy, economic and political freedom advancing together – didn’t turn out as expected, Ignatieff says. Economic globalization seems to have empowered a regime type that’s capitalist in its economy, authoritarian or illiberal in its politics, and nationalist in its ideology. He identifies three types of new regimes: straight authoritarianism (e.g. China), competitive authoritarianism (e.g. Russia), and the illiberal state (e.g. Turkey).

Why did these regimes reinvent themselves on the remains of communism? One of the reasons is the survival of the “deep state,” or institutions of state oppression, Ignatieff posits. Economically, communism collapsed, but the ruling party politics endured. Ironically, open market economies have helped single party economies to survive and thrive. In the process of reinventing single-party dominance, elites went back to pre-communist authoritarian tradition, such as the values of czarist Russia, imperial China, and in Hungary’s case to the interwar Horthy era.

Ignatieff points out that the re-emergence of single party dominance is not a natural consequence of the fall of communism, offering the democratic consolidation in Poland, the Baltic states, and in the Czech Republic as examples. In Hungary, on the other hand, “the incandescent tradition of liberty has never become a shared republican tradition across the political spectrum that unites political adversaries.”

The freedoms citizens enjoy – such as the freedom to travel, to study, to accumulate wealth – relieves them of the suffocation from state control and of longing for liberties in the West. Managed access to the internet also reduces the cost of oppression, Ignatieff argues. The internet becomes leaders’ eyes and ears, thus enabling authoritarian rule. In totalitarian regimes, dictators have absolute control over their citizens but they cannot know what they think. In regimes of divisible freedoms, however, the new authoritarians can see what their citizens are thinking.

In China, the commercialization of media brought about a competitive media market. However, the process also had a paradoxical effect, namely that citizens tend to believe messages in commercial media outlets more readily than in their state-controlled counterparts, and this undergirds and supports the passage of authoritarian messages. 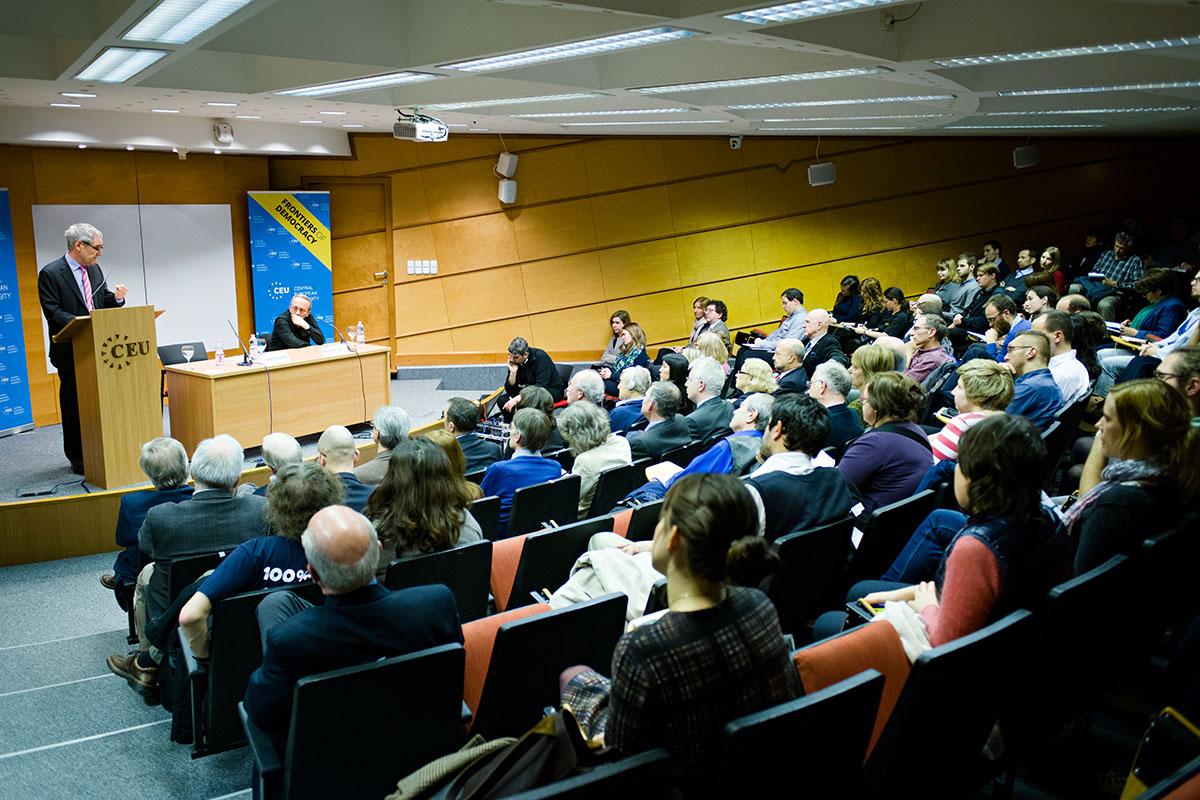 “Regime capitalism,” as Ignatieff calls this phenomenon, respects the security of contract, but in exchange, the state re-nationalizes key assets, such as oil and gas, or plays them to oligarchs. All wealth depends on connections to state powers. To illustrate, he quotes Putin, saying “a chicken can exercise ownership of eggs, and it can get fed while it’s sitting on the egg, but it’s not really their egg.” However, the ensuing systematic corruption is regime risk. It slows growth, hastens capital flight, and alienates the middle class. Turning to Hungary, Ignatieff says that corruption is a regime risk in the current Orban regime, too. “Eventually, the public will ask where the money went,” he warns.

Nationalism and the rejection of the universality of values becomes a valuable strategy for keeping the legitimacy of the regime intact and to connect the current regime to the glorious past. Despite the many advantages of nationalism, it is eventually destabilizing, alienates neighbors, and turns adversaries into enemies.

Although these authoritarian and illiberal countries are spoilers in the international system, they oblige international institutions’ rule, Ignatieff says. The middle class’s demand for a political voice, the lack of a succession plan, the susceptibility to international economic pressure all largely contribute to these regimes’ vulnerability.

On the other hand, liberal democracies are also vulnerable. Considering multiple interests make decision-making a lengthy process; the entitlement growth places a huge burden on society. There’s a permanent imbalance in the labor market, the deep state is not under democratic control, and keeping public and private freedoms soldered is getting increasingly difficult due to a growing disengaged and disempowered citizenry losing their public freedoms.

Don’t turn authoritarian and illiberal regimes from adversaries into enemies, Ignatieff warns. “We did the Cold War, we need coolness now.” We need to foster and maintain relations with adversaries and not exaggerate their power. “The future does not belong to China. The future belongs to no one. History is on the side of those who want to make history.” 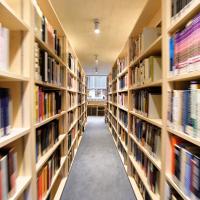 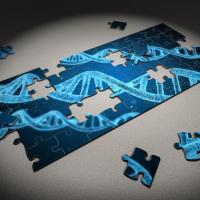 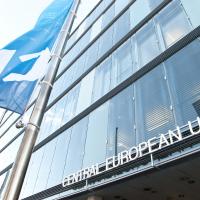 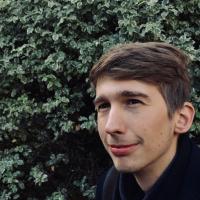