At its most recent meeting on March 8 the CEU Board elected two new Trustees. They are Jonathan Cole, John Mitchell Mason Professor and former Provost of Columbia University, and Shalini Randeria, Rector of the Institute for Human Sciences in Vienna and Professor and the Founding Chair of CEU's Department of Sociology and Social Anthropology.

Jonathan R. Cole is the John Mitchell Mason Professor of Columbia University. From 1989 to 2003, he was Provost and Dean of Faculties. From 1987 to 1989 he was Vice President of Arts and Sciences. He has spent his academic career at Columbia.
His scholarly work focused principally on the development of the sociology of science as a research specialty. This is seen in early published papers and in his 1973 book with Stephen Cole, Social Stratification in Science (University of Chicago Press). Among his other published works on science are: Peer Review in the National Science Foundation: Phase One of a Study (1978); Peer Review in the National Science Foundation: Phase Two of a Study (1981); Fair Science: Women in the Scientific Community (1987); The Outer Circle: Women in the Scientific Community (1991).
In recent years, his scholarly attention focused on issues in higher education, particularly problems facing the great American research universities. His most recent book is The Great American University: Its Rise to Preeminence, Its Indispensable National Role, Why It Must Be Protected (Public Affairs, 2011). He lectures throughout the world on topics related to higher education. He posts opinion pieces on The Huffington Post, and The Economist.com.
Jonathan R. Cole was a Fellow at the Center for Advanced Study in the Behavioral Sciences from 1975-76. He was awarded a John Simon Guggenheim Foundation Fellowship (1975-76). He spent the 1986-87 academic year as a Visiting Scholar at the Russell Sage Foundation. In 1992, he was elected a Fellow of the American Academy of Arts and Sciences. He is an elected Member of the American Philosophical Society; Member, Council on Foreign Relations; and Elected Fellow, American Association for the Advancement of Science.
He received his BA in American History from Columbia College in 1964 and his PhD in Sociology from Columbia in 1969. From 1968 until today, he has taught at Columbia. He was the Adolphe Quetelet Professor of Social Science, 1989 to 2001; Professor of Sociology, Columbia University from 1976 to present. 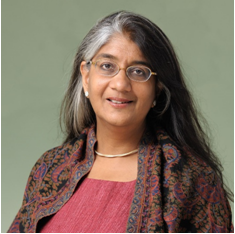 New member of CEU's Board of Trustees Shalini Randeria

is the Rector of the Institute for Human Sciences (IWM) in Vienna as well as Professor and Chair of the Department of Social Anthropology and Sociology at the Graduate Institute of International and Development Studies in Geneva. She was furthermore President of the European Association of Social Anthropologists (EASA), a Fellow of the Institute of Advanced Studies, Berlin, and a Member of the Senate of the German Research Council (DFG). Before joining the Graduate Institute in Geneva, Shalini Randeria was Professor of Social Anthropology at the University of Zurich, as well as Professor and Founding Chair of the Department of Sociology and Social Anthropology at CEU. She has held Visiting Professorships at Ludwig Maximilians University, Munich (as Max Weber Professor for Sociology), at the University of Vienna (Peter Ustinov Professorship) and at EHESS, Paris. She currently serves on the Advisory Board of the Wenner-Gren Foundation, New York, and on the editorial board of the Annual Review of Anthropology. She has published widely on the anthropology of globalization, law, the state and social movements.
Her empirical research on India also addresses issues of post-coloniality and multiple modernities. Her most recent publications include: Anthropology, Now and Next: Diversity, Connections, Confrontations, Reflexivity (2014); Border Crossings: Grenzverschiebungen und Grenzüberschreitungen in einer globalisierten Welt (in press); Jenseits des Eurozentrismus: Postkoloniale Perspektiven in den Geschichts- und Kulturwissenschaften (extended 2nd edition, 2014) Vom Imperialismus zum Empire: Nicht-westliche Perspektiven auf Globalisierung (2009).