Soviet Spy Noel Field Was a Believer in Stalinist Ideals to the End, Marton Says

How does a Harvard-educated U.S. State Department employee, deeply rooted in American culture and history, become a hard-core Stalinist? Best-selling author Kati Marton unravels this perplexing story in her forthcoming book, which carries the working title, “The Believer: Stalin’s Last American.” Marton, a fellow at CEU’s Institute for Advanced Study, read from her first draft and described her inspiration in a talk at CEU April 1.

“It’s the story of the power of an idea,” Marton said. “About fanaticism and faith. Field was unique – he was a believer to his last breath.”

Field’s story follows the events of 1930’s America, when a generation despaired of the country’s ability to solve its problems, lamented the Depression, disapproved of increasing U.S. isolationism in the face of rising fascism in Europe, and began to look at the success of the Russian Revolution for inspiration, Marton said.

Field seemed to have a need for a governing faith, to guide his actions without a doubt, and that was Marxism-Leninism, she said. He became a Soviet spy, and never recanted his faith, despite being imprisoned by the exact machinery of power he so admired. 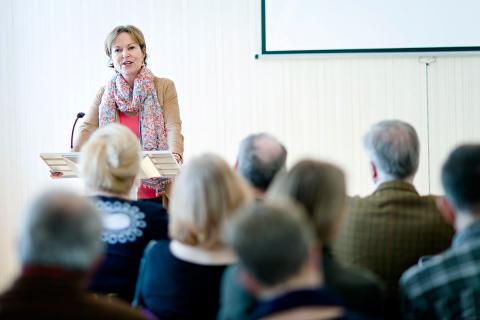 Field was kidnapped in 1949 from his Prague hotel by the precursor to the KGB, and dragged to Budapest, where was held in a maximum security prison, in solitary confinement. Why was such a loyal communist imprisoned? As Stalin became increasingly paranoid, he targeted “Titoist” communists, as opposed to Kremlin-loyal communists. Field was used by Stalin to prosecute his perceived enemies across the Eastern bloc, starting with Hungarian politician Laszlo Rajk, who was sentenced to death in a show trial and executed in October 1949.

“Field was the man who knew them all – could tie all of them to the U.S. and the CIA,” Marton said. “And he thought he was guilty too. The triumph of totalitarianism is when the victim assumes guilt.”

Marton conducted research in Washington, Budapest and other cities, and has a unique connection to Field through her parents, Hungarian-born journalists who covered the Rajk trial for the Associated Press. Marton’s father was imprisoned in the same cell as Field on false charges of espionage, after Field’s release. Following the Hungarian Revolution of 1956, Marton’s parents searched and found the Field family, living in Buda in 1956, conducting the only interview ever done with Field. 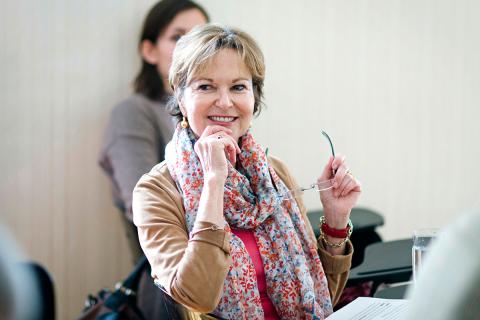 The book, Marton’s ninth, is slated for release in 2016. Marton, former correspondent for ABC News and NPR, and former chair of the Center to Protect Journalists, is the author of “Wallenberg: Missing Hero” (Little, Brown 1995), “The Great Escape: Nine Jews Who Fled Hitler and Changed the World” (Simon & Schuster 2006), “Enemies of the People: My Family’s Journey to America” (Simon & Schuster 2009) and “Paris: A Love Story” (2012). She is a member of CEU’s Board of Trustees.