CEU’s Center for EU Enlargement Studies (CENS) hosted the “Ukrainian Crisis: Security and Humanitarian Dimension” workshop on April 8. Working with experts from the ground, students offered ideas for conflict resolution and prepared for post-conflict scenarios in Ukraine. The event was part of CEU’s Frontiers of Democracy series.

Doctoral students Margaryta Rymarenko and Nataliya Novakova organized the event that brought together interested students and experts to start a dialogue on the humanitarian aspects of the Ukrainian crisis. When discussing conflict resolution, “humanitarian aspects should come first,” said Peter Balazs, the director of CENS in his opening remarks. How to deal with the post-conflict situation and how to consolidate the tension in 15 post-Soviet states in a sustainable way are questions that nobody could find answers to as yet, he noted.

Before the participating students were tasked to come up with possible solutions to the above questions, guest speakers Dmitri Makarov and Svitlana Valko offered them up-to-date information from the ground. Makarov, deputy head of Crimea Field Human Rights Monitoring Mission in the Russian Federation, discussed with participants what they know about the conflict in Ukraine in general and Crimea in particular. He described the work of human rights monitoring groups on the peninsula, how they approach the enforced disappearance of people. “The humanitarian dimension of what’s happening in Crimea now is full of dramatic personal histories,” he said. People are looking into ways of living in the new reality of Crimea, and defenders of human rights have to both monitor this process and offer solutions. 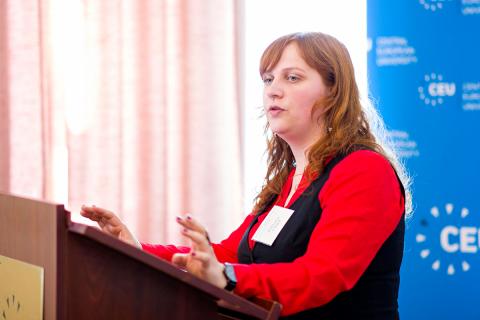 Svitlana Valko, coordinator of the International Partnership for Human Rights in Ukraine, gives a presentation on the military conflict in Eastern Ukraine. Photo: CEU/Daniel Vegel

Valko, head of International Partnership for Human Rights, Kyiv, gave an insightful presentation on the military conflict in Eastern Ukraine. She clarified the timeline of the conflict, described the main actors of the conflict Donetsk People’s Republic (DPR) and Luhansk People’s Republic (LPR), and their methods of taking and treating hostages. She offered examples of prosecution on religious grounds, and the indiscriminate shelling of civilians in the green corridor and of protected buildings. There are 1,1 million internally displaced people in Ukraine. They are discriminated against on grounds of their origins, they are in a vulnerable psychological condition and in need of medical and psychological support, but the state doesn’t offer them any help, Valko said.

As the international community hasn’t offered any viable solutions to the crisis yet, both speakers were interested to hear the participating students’ ideas. The first working group was tasked to discuss the EU’s response to the conflict. According to the students, the crisis and its future resolution will challenge the EU to redefine itself. Currently, there is a disparity between values and pragmatics within the EU; member states also lack a shared view of how to deal with Russia. Members of the Eastern Partnership do not offer one solution either, but each has its own way of dealing with the crisis. The EU should either stick to its fundamental values and strictly sanction member states that do not act in line with EU law, or cooperate with Russia and forego Ukraine’s sovereignty, the group offered. 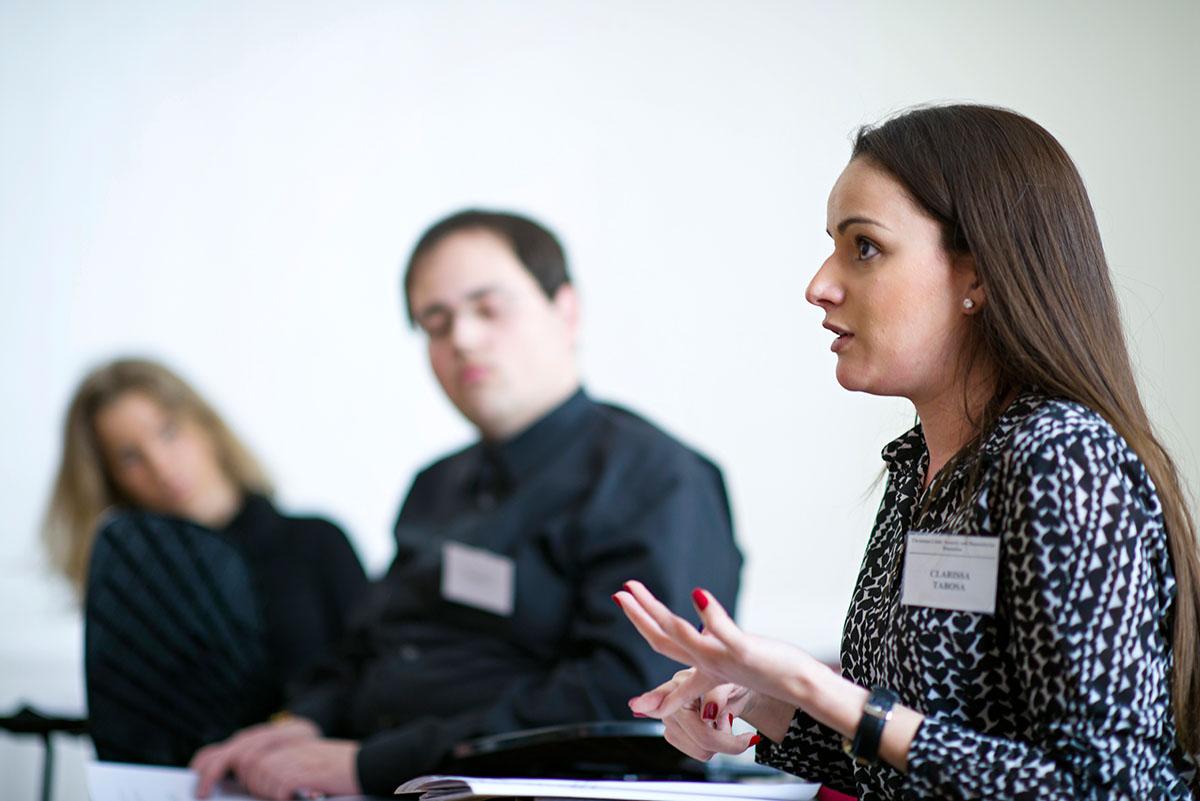 What could the international community do to address the challenges of the humanitarian crisis in Ukraine was the topic of the second working group. The students discussed the difficulties of declaring Russia an aggressor in the context of political organization within the UN, namely the Security Council and the General Assembly. The group also touched upon the role of the Organization for Security and Co-operation in Europe (OSCE) in the conflict resolution process. The OSCE offers more declarations than actions, and it only makes decisions that comfort all member states - it provides more problems than solution, the group concluded.

The third topic discussed was the role of civil society in post-conflict reconciliation. The working group offered education, the involvement of conflict resolution experts from abroad, setting up an investigation department, and legal help from civil society as means of helping internally displaced people to heal. Access to education, funds for students to be able to transform from one school to another, support for care institutions, and an anti-hate movement across the borders could all play a part in Ukraine’s post-conflict reconciliation. Civil society in Ukraine should learn from its European counterparts, instead of being dependant on them, the group concluded.