Popular culture makes us believe that cryptography is an intellectual challenge surrounded by mystery. Laszlo Csirmaz, professor in CEU’s Department of Mathematics and Its Applications and the Computer and Statistics Center, started researching cryptography, secret sharing in particular, so long ago that he’s not sure now what drove him to the subject at first. However, he still finds recovering secrets fascinating.

To clarify the essence of secret sharing, Csirmaz offers an anecdote of three scientists in possession of partial information about a rocket launch. Only the three pieces of information together reveal the secret, so even if two out of the three are bribed, the secret would still be safe. The technique was widely used during the Cold War.

“Secret sharing is one of the building blocks of cryptography,” he says. The technique is used in many aspects of daily life, such as banking, he says, because they come with a built-in safety guarantee. Even if an unauthorized person gains access to information about one, or even several, elements, they’ll have no way of knowing every step of the process. 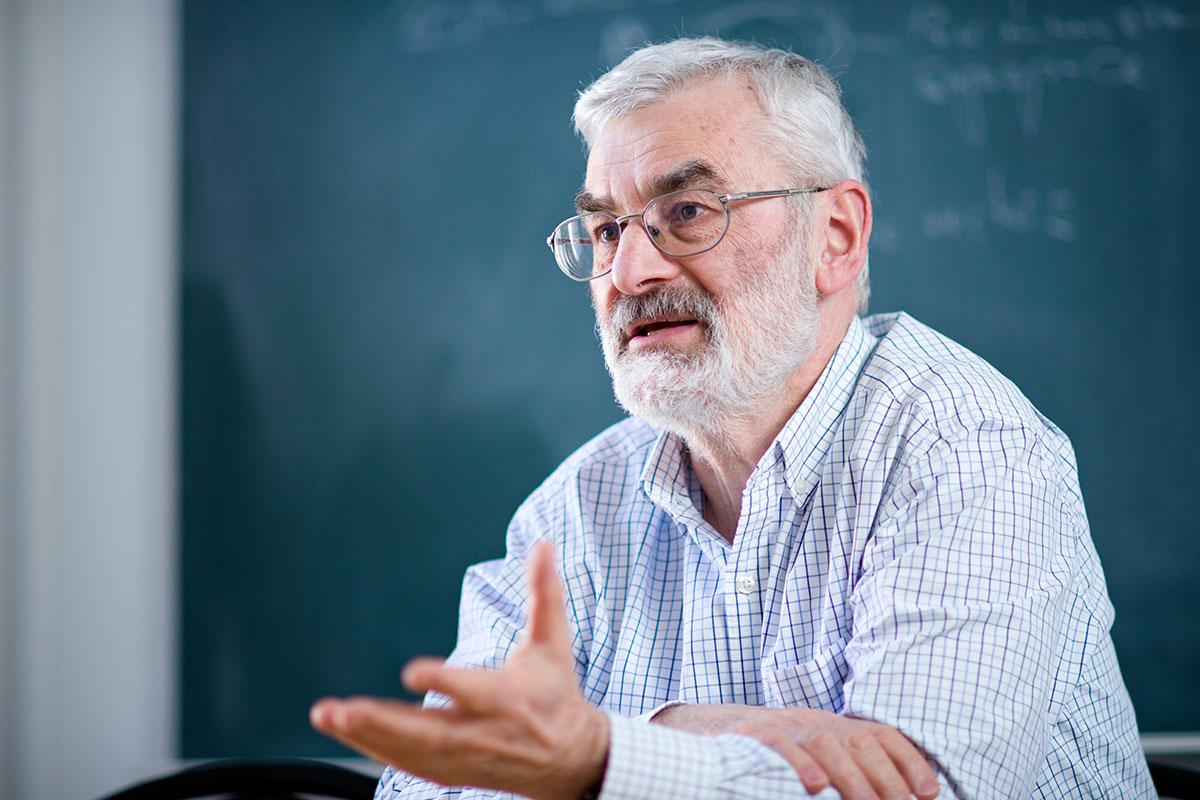 Cryptography has become a widely used mathematical principle, says Laszlo Csirmaz, professor in CEU’s Department of Mathematics and Its Applications and the Computer and Statistics Center. Photo: CEU/Daniel Vegel

Cryptography has become a widely used mathematical principle, Csirmaz says. It is involved in every kind of device-based communication, from cable television to cars with remote keyless systems to cell phones. To make a call, for example, the phone first has to connect with a base station, then it negotiates what cryptographical tools to use in encoding the conversation, Csirmaz explains. Even if the radio message between a phone and a base station is intercepted, the conversation cannot be deciphered. He denies the possibility of real-time decryption, but adds that phone conversations can indeed be decrypted but only by using data from the base station.

The use of cryptography is limited to electronic communication. Digital watermarks, or digital rights management, are used in identifying culprits in copyright infringement cases. Csirmaz recalls when in 2011 American movie distributors Sony Pictures, 20th Century Fox, and Warner Bros. Pictures decided to postpone the Hungarian premiere of their major releases. Hungary had been identified as the location where the first illegal copies of their films had been uploaded to the Internet.

In the electronic age, cryptography can also protect from sabotage and cyber attacks. Reading one’s emails is a simple need. However, if anyone launches an attack on a server overhauling it with requests, the server will just go down. Such “denial of service” attacks, identity theft, data theft are phenomena cryptography is able to offer protection from.

Are there cryptography tools available for ordinary people to protect themselves and their property? “Can one build a car and drive it in traffic? Some people can, but not the majority,” Csirmaz warns. Cryptography is a huge industry, with many famous mistakes or “bad crypto,” he adds. Cryptographers share their ideas first within the community, so that any weaknesses or faults can be identified. Even widely used cryptographical tools might be discovered to be faulty. "Bad crypto" can also originate from agencies overlooking the application of cryptography. The U.S. National Security Agency was rumored to have distributed devices with built-in backdoors, so that they could peek into anyone’s day-to-day communication. "Bad crypto" is still very rare and contained, Csirmaz says reassuringly. 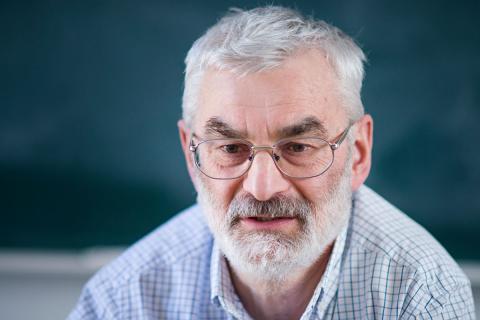 Cryptography allows for new questions and creating possible solutions for future problems, says Laszlo Csirmaz, professor in CEU’s Department of Mathematics and Its Applications and the Computer and Statistics Center. Photo: CEU/Daniel Vegel

So what does Csirmaz still find fascinating about cryptography? For one, it can help solving centuries-old puzzles. It also allows for asking new questions and creating possible solutions for future problems. And although it takes a lot of looking in the history of cryptography, its future is what Csirmaz is interested in. He spent the past couple of years figuring out the complexity of high dimensional polytopes. He wrote an algorithm that not only helps determine the location of certain points in high-dimensional bodies, but can be utilized in financial mathematics in optimizing big portfolios. This algorithm helps predict which assets can yield how much, and how profitable certain combinations of assets would be. Therefore, when used well, cryptography can help decipher the future.