May 26, 2015
News
CEU Planet
The Office of the Provost and Pro-Rector
Public Policy

CEU Provost and Pro-Rector Liviu Matei assessed the current state of the Bologna Process and its future in a report for the Ministerial Conference of the European Higher Education Area on May 15 in Yerevan, Armenia. Matei, who is also a professor in the Department of Public Policy, presented the findings of his report, which served as a key background document in preparation for the conference. Several of the report’s most important recommendations were reflected in the final document of the conference, the Yerevan Ministerial Communiqué 2015, which will serve to guide the work on the Bologna Process in the coming years.

Matei presented several novel conclusions and recommendations originating from the international community of researchers in higher education that challenge prevailing views of European policymakers, and also exceed the realm of higher education policy, carrying a larger political resonance. The report argues that the Bologna Process has helped to create a unique space for policy dialogue and concerted action in higher education. In fact, and this is one of the novel conclusions, at present there is a lot of grassroots support for the Bologna Process in Europe, even in countries where the official government attitude is cold towards Bologna, or has turned away from it, if not from the European idea altogether. 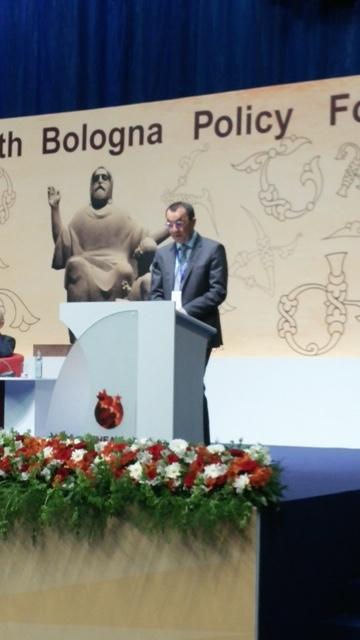 CEU Provost and Pro-Rector Liviu Matei assessed the current state of the Bologna Process and its future in a report for the Ministerial Conference of the European Higher Education Area on May 15 in Yerevan, Armenia.

Moreover, while the idea of a European Higher Education Area has benefited from the overall European integration process, it is not identical to or fully dependent on the work of European Union institutions. A European common space for higher education, therefore, can continue to exist and play a positive role even though the European integration process might be stalled or even in some ways reversed. For this to happen, however, Matei argued that we need to acknowledge that the design of the project of the Bologna Process has major flaws. A new vision as well as a new design are needed. The report put forward specific recommendations for both.

Matei was invited to present his report at the conference on behalf of the international community of researchers in higher education, following the second edition of the Bologna Researchers’ Conference, convened ahead of the Ministerial Conference in November 2014, and of which he served as the general rapporteur.

Matei’s report, submitted in December 2014, evaluated achievements and failures of the Bologna Process, the most pressing issues, and put forward recommendations regarding the future of higher education and higher education policy in Europe for the ministerial summit.

The full written report submitted by Matei is available here. Matei’s speech at the summit conference is available below or on video here.

Matei's Report Presented to Ministerial Conference in Yerevan May 15, 2015 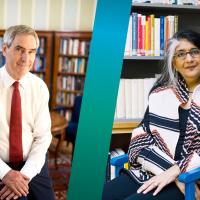