Roma Need a Radical Break with a History of Injustices, Harvard’s Matache Says

Recent European Roma integration policies have failed, and we need to find out why, according to Margareta Matache, Roma rights activist and instructor at Harvard University, speaking at CEU’s Roma Graduate Preparation Program End-of-Year Student Seminar on June 15.

“In theory, Roma people have the same citizenship rights in Europe and there are many programs aimed at their integration. Still, the gap between Roma and non-Roma population in terms of employment, education and life expectancy has not closed in the last 25 years. We have to find out why,” said Matache, who mentioned “low and biased policy goals” as one of the main reasons.

For example, Roma and non-Roma employment policies have different ambitions, Matache said, comparing the 10-year Europe 2020 program with the EU Framework for National Roma Integration Strategies. While the goal of the Europe 2020 program is to raise the percentage of the 30-34 age group finishing tertiary education to 40 percent, the EU Framework aims only at providing access to all Roma children to primary education, while “encouraging” them to continue their education.

“The positive scenario means only that by 2020, the gap will not widen further. In a more likely negative scenario, we will see that the policies introduced had practically no effect and the negative tendencies could not be reversed. Make no mistake, surely the Roma minorities and NGOs will be blamed for this,” Matache said. The outlook is not too bright either, as “integration fatigue” might set in in government institutions by 2020. “It is only the Roma activists who can prove and tell the public that these policies mostly existed in paper and theory, and that they had limited budgets, poor monitoring and implementation,” said Matache. 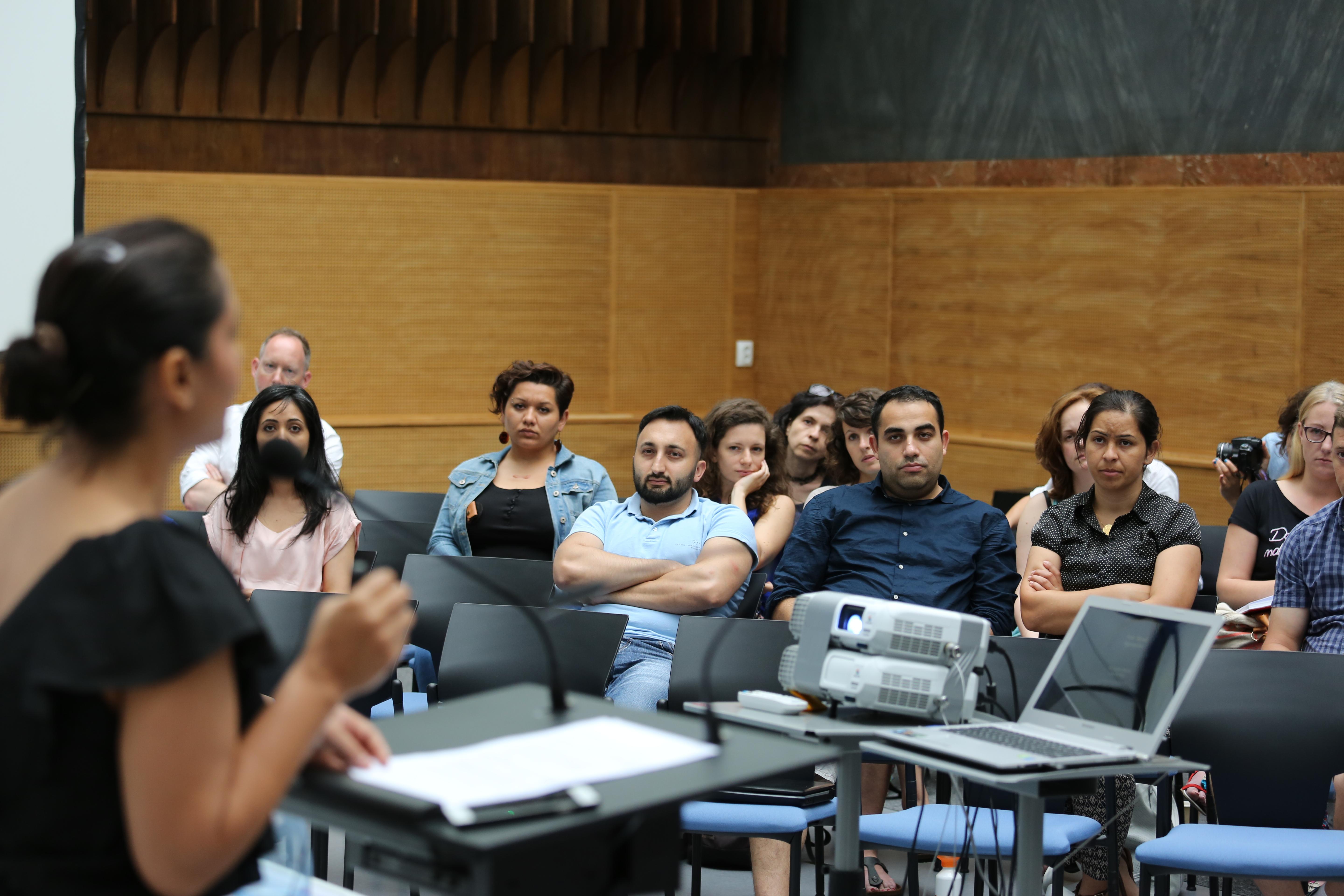 “To achieve a radical break from a long history of injustices we must remind the majority population of their responsibility, and attain reparations: symbolic, monetary or otherwise,” said Matache, who listed recent examples of government apologies. The Czech Republic apologized for the forceful sterilization of Roma women during the communist era. Written statements were later followed by a plan of compensations. Norway also apologized for World War II discrimination and offered compensation.

Memorialization of injustices is also a key area. In Romania, the enslavement of the Roma minority, which lasted till the mid-19th century, should be memorialized not only in special institutions, but also at such important venues of national identity as the National Museum of Romanian History, she said. She also mentioned that attempts at gaining apologies from the Orthodox Church because its involvement in slavery have been unsuccessful.

Mainstream sociological research towards Roma communities is often biased, sensationalist and pursuing its own agenda instead of the interests of the communities, she said.

“A top-down, outside-in approach is regular in these surveys, and they rarely engage the communities in a meaningful way. Researchers often act patronizingly, offering simple solutions to local problems, which offends participants. The results are not shared with the community. Researchers just arrive and leave, never to be seen again,” she said. 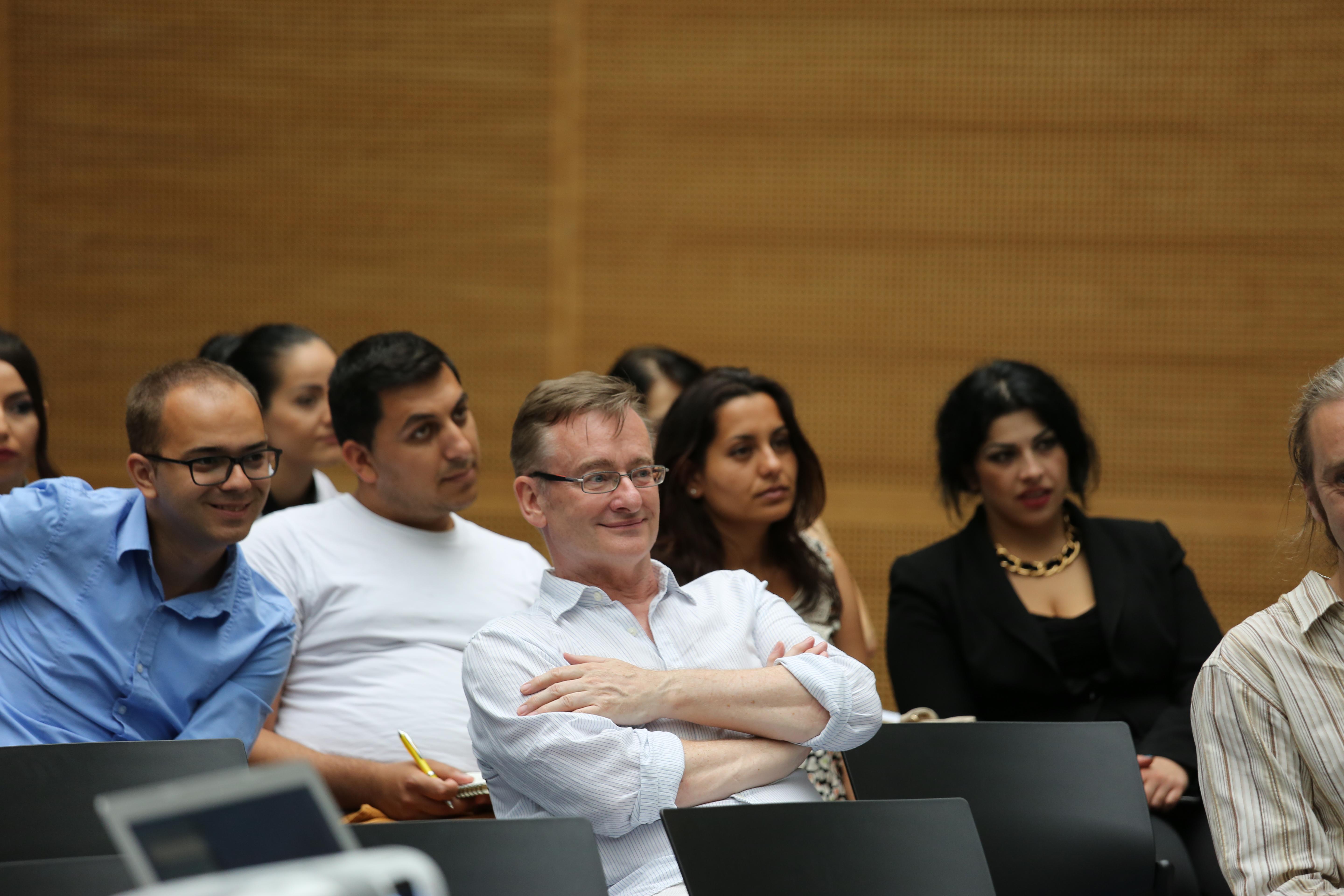 A participatory approach is a better way of collecting data about minority communities, such as that followed by the “Reclaiming Adolescence: Roma Transitions to Adulthood” project, an initiative of Harvard’s FXB Center for Health and Human Rights, she said. Roma and Non-Roma youths between the ages of 15 and 25 play a key role in the project: they interact with their peers, conduct interviews, conduct surveys, and work in sub-projects. Click here to watch a video about the project.

Matache also offered future research topics to the participants of the Roma Graduate Preparation Program. She mentioned the participatory approach as a method worth analyzing or applying, as it offers a lot of value and respect to the communities. Global Roma cooperation and movements are also worth researching, as the Gypsy population in India can also be an intriguing field of research. 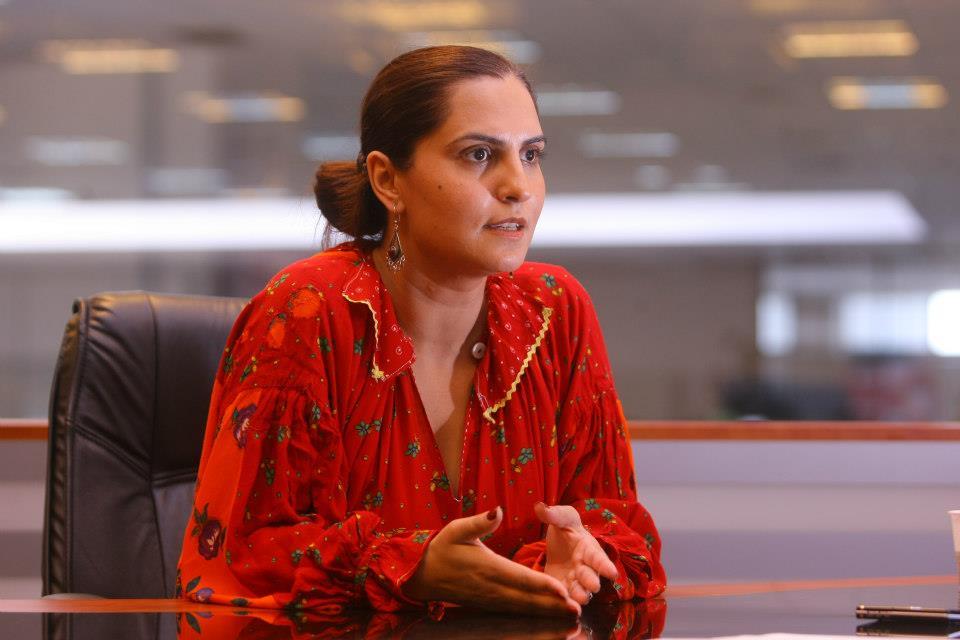 Dr. Margareta (Magda) Matache is a Roma rights activist from Romania. In 2012 she was awarded a Hauser fellowship at Harvard University, FXB Center for Health and Human Rights, where currently she works as an instructor.

Her publications and research have covered participatory action research, early childhood development, rights and agency of Romani adolescents, segregation in education, anti-Roma violence. Some of her academic articles were published by UPenn, Human Rights Quarterly, and European Review-Cambridge University Press

The Roma Graduate Preparation Program is part of CEU's Roma Access Programs unit. It is an intensive nine-month program that prepares promising Roma youth to compete for study in English-language Master's degree programs at CEU and other recognized universities. RGPP seeks to attract students with a special interest in the social sciences and humanities.