Universities Can Support Democracies if Academic Freedom and Autonomy Are Guaranteed, Panelists Say

June 26, 2015
News
CEU Planet
Frontiers of Democracy
The Office of the Provost and Pro-Rector

Universities can play a positive role in the development and preservation of open society and democracies if they are granted academic freedom and autonomy, according to participants in the conference, “The University and the Transformations of Democracy,” held at CEU June 20. The event was hosted by the new Yehuda Elkana Center for Higher Education at CEU and the Frontiers of Democracy Initiative.

The role of a university is to bring topics relevant to the way the world works into an academic environment that brings people together for discourse, according to CEU President and Rector John Shattuck.

The university must also defend academic freedom, “the freedom of intellectual debate without censorship or retaliation, the freedom to provoke, challenge, and unsettle,” he said. “What about here at CEU? What are the challenges? We are after all on the frontiers of democracy.” 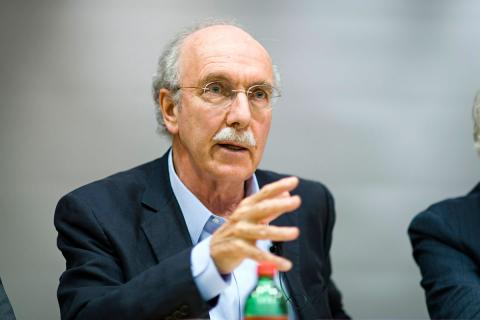 Shattuck added that a university should be a haven for freedom of speech, while avoiding the temptation to use the university as a platform for hate speech, racial, religious or gender discrimination, or attacks on the values of the university.

Academic freedom and trust are two themes of a new book by Jonathan Cole, provost and dean emeritus at Columbia University and a member of CEU’s Board of Trustees. Cole’s new book, entitled “Towards a More Perfect University,” is slated for publication in January 2016, a follow-on to his 2010 book “The Great American University: Its Rise to Preeminence, Its Indispensable National Role, Why It Must Be Protected.”

Cole spoke of fundamental values that enable a university to play a role in democracy. 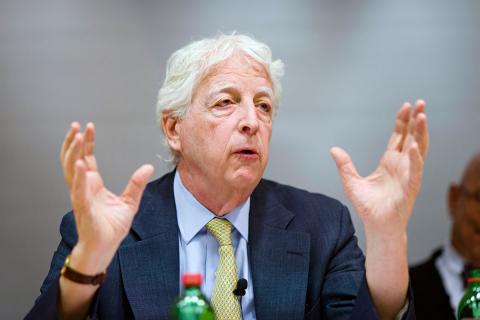 “One is academic freedom and free inquiry, without which you cannot have a great university,” he said. “Great research university values like meritocracy or universalism can’t be obtained without academic freedom.”

The ability to have academic freedom is not only granted by outside authorities, but also comes from within, Cole said. “Part of academic freedom is to confront views with which you disagree strongly – you must be able to defend yourself. Almost anything than that what affects the university’s very existence should be open for debate.” 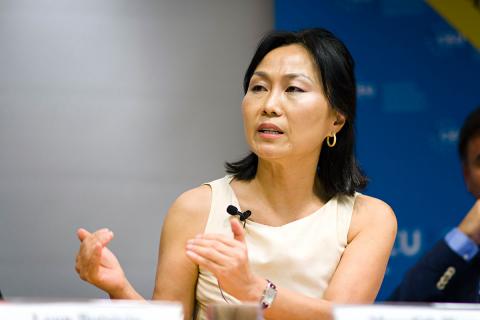 Higher education can do damage to democratic values and open society, warned Meredith Woo, director of the Higher Education Support Program (HESP) at the Open Society Foundations. CEU was founded to educate the best and the brightest from the Central and Eastern European region, and has since extended its reach globally, while HESP has supported 50 colleges and universities in CEE and Central Asia. HESP is also engaged in an unprecedented “massive transfer of knowledge” from west to east, north to south in the form of sending students and scholars to 26 countries.

“The paradigm was airtight, based on premise that the task ahead was to educate people with a democratic mentality and world view,” Woo said. But now that the rise of democracy globally has been accompanied by a rise in inequalities, there are challenges for universities, she said. 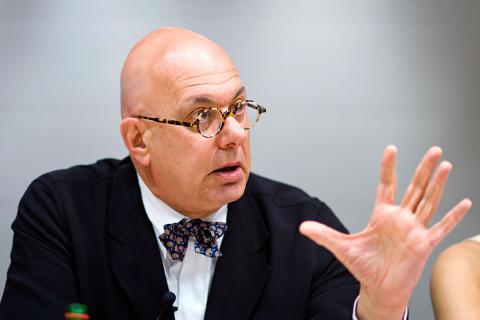 Leon Botstein, President of Bard College and Chairman of the CEU Board of Trustees. Photo: CEU/Daniel Vegel

There are more issues of concern in the relationship between universities and democracy, according to Leon Botstein, president of Bard College and chairman of the Board of Trustees at CEU. Increased access to higher education has not resulted in increased participation in the democratic process – in fact, participation has declined.

“There is an absence of correlation between access to higher education and improvement of political discourse,” Botstein said. “The U.S. has terrific rhetoric, private universities and high competition, but this hasn’t resulted in improved politics. Respect for education has declined.” 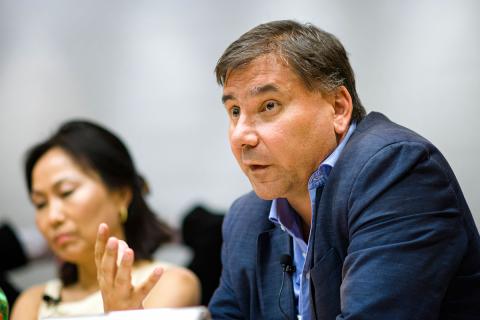 Ivan Krastev, chairman of the Center for Liberal Strategies in Sofia and permanent fellow at the Institute for Humane Sciences in Vienna. Photo: CEU/Daniel Vegel.

This echoed concerns voiced by Ivan Krastev, chairman of the Center for Liberal Strategies in Sofia and permanent fellow at the Institute for Humane Sciences in Vienna, who recalled that protest movements were led by students in the 1960s, but today, being a student is no longer seen as a function or a public duty. Then, students were “preparing to become the new elite of a democratic nation,” while today, distrust of the political elite and economic developments have shifted respect away from students and toward “entrepreneurs with little education,” both in the U.S. and Russia.

Botstein also addressed the key role a university can play in a country where there are restrictions on democratic and open society principles such as freedom of expression, referring to Bard College’s programs at Smolny College in St. Petersburg, Russia.

“The power of a university is to use cultural tradition, things that seem apolitical, and not directly go to the heart of the question,” Botstein said. “They would close down human rights teaching but not philosophy. They may close down modern Russian history if they don’t like it but ancient history is irrelevant so it’s allowed. Subversion worked even if nominal freedom of expression is constrained.”

Universities can go further than that, with the power to trigger legislative changes, according to CEU Provost and Academic Pro-Rector Liviu Matei, who also directs the Elkana Center. Matei has conducted research on higher education in Tunesia and Armenia and has consulted with the government and the premier universities of Myanmar regarding academic freedom and institutional autonomy.

In fact, focusing on academic freedom alone may be a mistake, he said. In fact, it may be more important to ensure university autonomy is achieved and preserved in order to promote democracy in a country, he said. 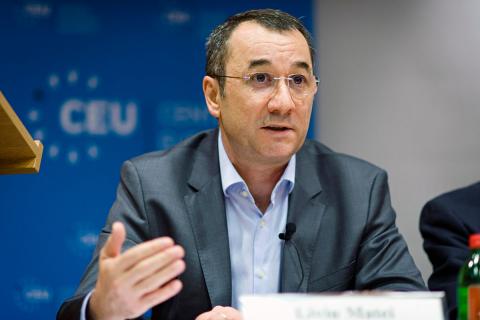 “Universities can reveal or uncover undemocratic practices in the society, not by statement but by their very operation,” he said, citing the example of Roma representation. “On occasion, universities can help to address such situation directly or by having others engage.”

Matei said that universities need the state in order to function, and must engage with the state when change is needed.

Frontiers of Democracy is a far-reaching CEU initiative that aims to promote open debate, discussion, and exchange of ideas with a diversity of views about the nature of democracy today. Click here for more information.