Juergensmeyer, affiliate professor of religious studies at the University of California, Santa Barbara, explored what motivates those who commit increasingly ruthless acts in the name of religion. Drawing on experience gained by interviewing terrorists, he said that most of these fanatics are quite different from what one would expect.

“They were kind, ordinary, communicative people at first sight. At one point, however, we always touched a point where their expression changed, they leaned closer and started to talk about a cosmic war between good and evil,” Juergensmeyer said in a lecture entitled “Global Rebellion: Religious Challenges to the Secular State” on July 22.

Most of these people had a turning point in their lives when they realized the “existence” of such a conflict, he said. Endorsing these narratives was an enlightening experience for them, because it provided simple answers to their problems. From this point onwards they wanted to enlighten others, to “grab us, shake us, and wake us” to the reality they see, he said.

The Sept. 11, 2001 attack on the World Trade Center was the most successful act of terrorism in this respect, because the photographs of the symbolic towers in smoke and flames evoked an image of global war. According to Juergensmeyer, they not only evoked, but created one, as the ideological conflict between the West and Islam has turned into a real war. 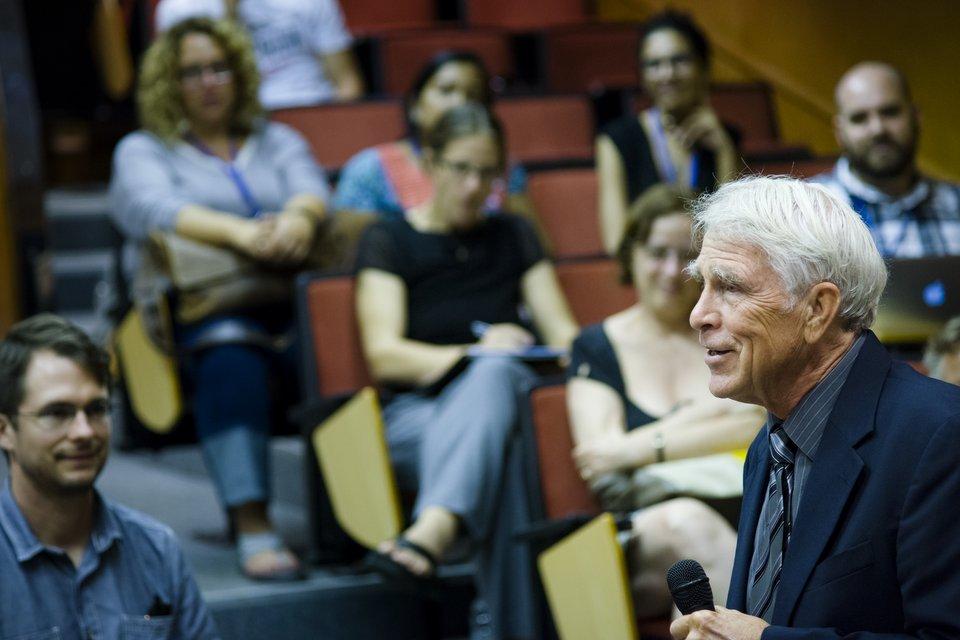 Juergensmeyer sees increasing terrorist activity as a backlash against globalization and the secular state. Globalization has caused an identity crisis, while the success of international corporations, banks and the rise of corruption in secular states diminished the accountability of the ruling elite, and security has become a major issue.

“Religious extremism gives answers to all these dilemmas. Adopting a strict and rigid moral code and joining a similarly rigid hierarchy, and becoming a part of a seemingly strong, aggressive community can abolish these doubts,” said Juergensmeyer.

Globalization has also eroded the idea of nationhood and the nation-state, and as a reaction, it is increasingly reasserted along ethnic and religious lines. This leads to discrimination, conflict and acts of ethnic cleansing. In Bhutan, for example, the Buddhist majority expelled the county’s Nepalese Hindu minority, one-fifth of the total population.

Western cultural influence strengthened by globalization is also a cause for conflict, as nation-states struggle to regain their identity. One of the first to attack this influence on religious grounds was Ayatollah Khomeini, who often talked about West-toxification in his speeches.
The moral critique that religious extremism has provided to the world should not be swept aside because it points to relevant problems, and without addressing these, religious violence will stay with us, Juergensmeyer said in conclusion.

The Summer University course also featured documentary filmmaker Anand Patwardhan, who has made landmark documentaries in India for over four decades. His films have won more than 30 international awards and in 2014 he was granted the Lifetime Achievement Award at the Mumbai International Film Festival.

Patwardhan chaired the screening of two of his films, “In the Name Of God” (1991) and “War and Peace” (2002) on July 24 and 25. The former investigates communal and religious violence in India and its connections with politics, while the latter focuses on the nuclear race between Pakistan and India, its impact on the society and its political background.

The screenings were followed by a discussion with the director about his work. Part of the discussion focused on state censorship directed against him. In Patwardhan’s words, “the hardest part was not making these movies, but screening them”. Censorship pressure and protest from right-wing fundamentalist groups against “In the Name of God” were so strong that Patwardhan decided to release the Hindi version of the movie on the Internet. He also had to fight in court to release “War and Peace” without any cuts. 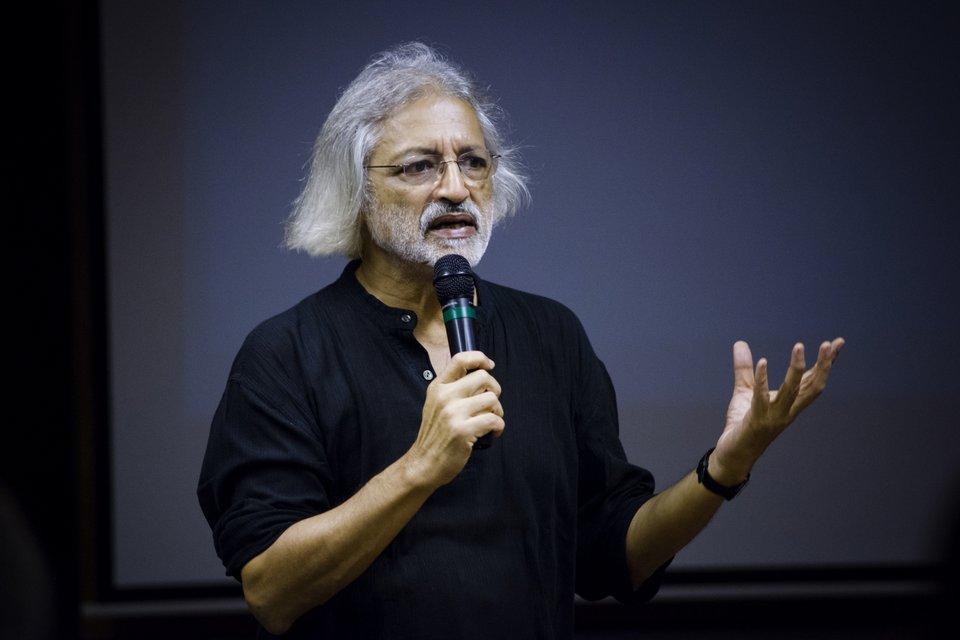 Anand Patwardhan chairing the screening of his films

The CEU Summer University course was organized with the Center for Religious Studies and the School of Public Policy. Special thanks goes to the Friedrich-Ebert Stiftung, which supported Patwardhan’s visit to Budapest.