CEU alumna Victoria Apostol led a group effort that resulted in a public apology by Chisinau Mayor Dorin Chirtoaca for sexist remarks made during mayoral elections in June 2015. Apostol, who graduated from the Department of Legal Studies in 2014 and is currently a fellow at CEU’s Human Rights Initiative, led the Group of Feminist Initiatives of Moldova, which filed an official complaint against the mayor that resulted in an official ruling that compelled Chirtoaca to apologize.

“Feminism is practically non-existent in Moldova, therefore our group’s primary aim is to introduce its ideas to the wider public,” said Apostol. “Hearing Mayor Chirtoaca’s remarks, however, we decided to take action.”

According to Apostol, Chirtoaca referred inappropriately to the age and gender of his opponent, the eventual runner-up Zinaida Greceanii, effectively saying that politics are not for “elderly women”, but also criticized her fellow party members for “hiding behind her skirt, while it would be a man’s job to stand for mayor.”

“When we filed our complaint to the Council, Chirtoaca thought it was a joke, and when he was reproached he voiced his incomprehension of the matter, and was reluctant in his apology,” said Apostol. The Council’s statement emphasized that Chirtoaca’s remarks could deter women from participating in Moldovan politics.

“His seemingly genuine incomprehension points to the fact that women are still not accepted as equals in Moldovan politics, and there are very few of them,” said Apostol, who is determined to change this. She has participated in the creation of a civic platform to influence policymaking. The main goal is to advance the passing of a bill in the Moldovan Parliament that would require that at least 40 percent of the members of parliament be women. 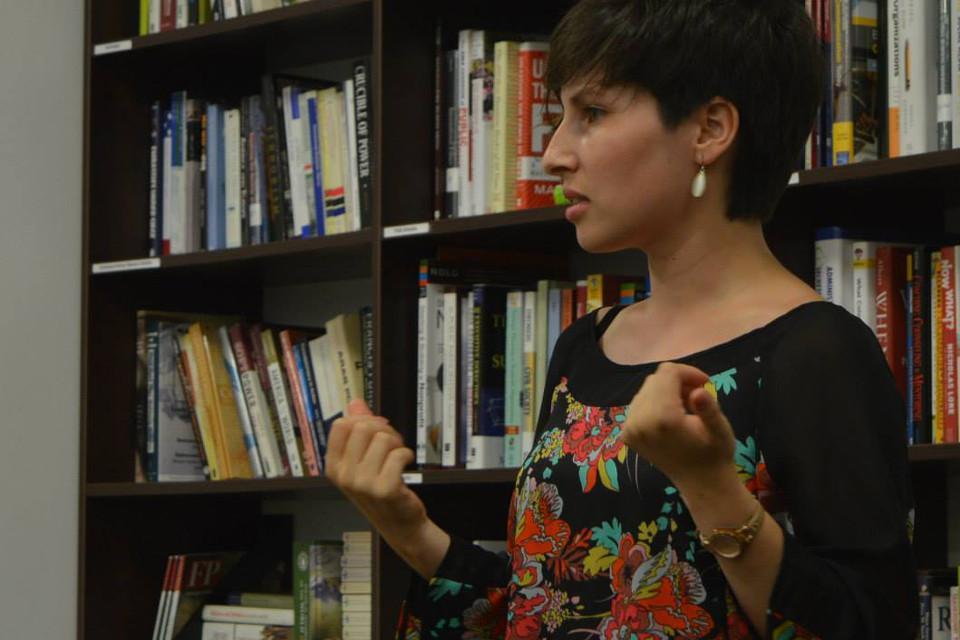 A reform bill containing a quota clause has already passed its first reading, but the process has stalled since then. Apostol thinks that an ad hoc cross-party alliance of female MPs could demand the passing of the bill as a condition of their votes in the upcoming presidential election. “We tried to convince the few women MPs about the quota, but they are reluctant to deviate from their party lines,” Apostol says.

Talking about the state of emancipation in Moldova, Apostol said that though communism made most jobs available to women, they are still expected to unconditionally accept the role of housewives. “In Eastern Europe we have all seen the pictures of women driving trucks and whatnot during communism, and men were ready to accept the benefits of double incomes. But at home, everything remained unchanged,” said Apostol.

Moldovan universities are poor in social sciences, and there is practically no education in feminist topics, which prevents the formulation of influential feminist groups, said Apostol. After forming her own group, she chose to engage the greater public by all methods available to her.

The independent Russian television channel Dozhd (Rain TV), which operates solely online in Russia but is carried by several cable and satellite providers in Moldova, Estonia, Ukraine, Israel and other countries, has offered her group a time slot to create a women’s rights program. The group receives full support from the TV channel in technology and editing, while they are responsible for creating and presenting the topics in talk show fashion. The resulting program, called Punctul F (Point F), features feminist topics weekly.