CEU’s Opening Ceremony, held September 21, celebrated the start of the 2015-2016 academic year and also launched the University’s 25th Anniversary year. The incoming class, more than 600 students from a record 107 countries, received a special welcome from President and Rector John Shattuck.

“Today the principles of open society – the very same principles that brought down the Berlin Wall and liberated Central and Eastern Europe – are questioned across the globe. In the midst of these challenges, CEU strives to be a beacon of open society and is looking to the future,” said Shattuck, who also commenced his capstone academic year with the Opening Ceremony. “We’re renewing and expanding our campus. We’re building bridges between the humanities and the social sciences.  We’re offering innovative programs in public policy and business. We’re educating students to navigate the contested world.”

CEU began the academic year with something not so academic, but a civic engagement effort that is characteristic of CEU. The CEU community’s strong and committed response to the refugee crisis in Budapest, involving volunteer work at train stations, donation drives, WIFI hotspots for stranded refugees, social media information exchange, and opening classes to refugees, to mention just a few activities, is summed up by the term “Frontiers of Humanity,” Shattuck said. 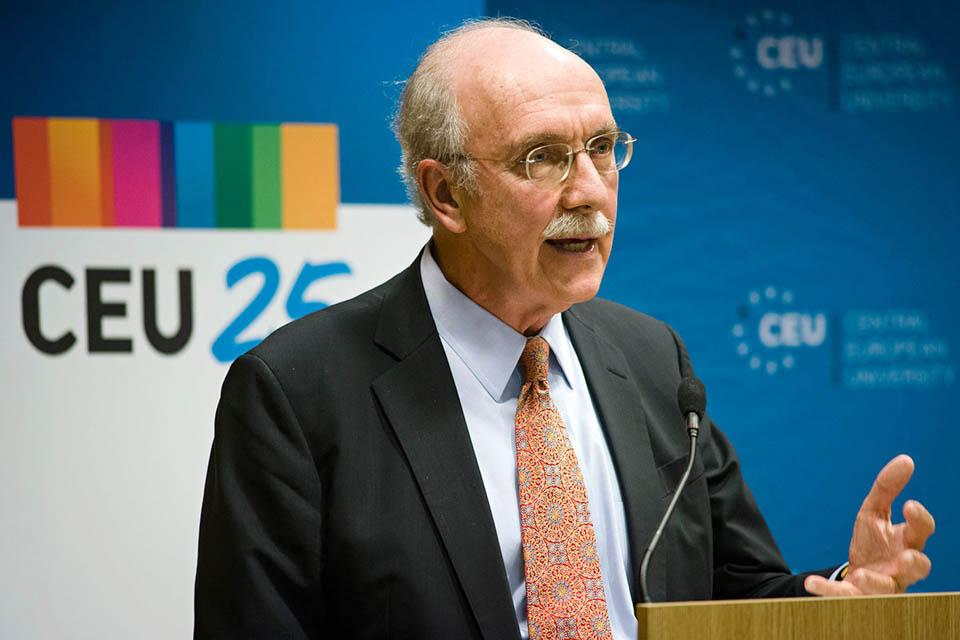 “This work on the Frontiers of Humanity is at the heart of CEU’s mission – promoting a social vision that values all lives, irrespective of nationality, race, ethnicity, gender or religion.”

CEU is a “frontier university” in more ways than one. Shattuck launched the Frontiers of Democracy Initiative in 2014, a series of lectures that “looks closely and critically at what makes democracy”. As part of its 25th anniversary, CEU will host four major international conferences in the series, examining how constitutional democracies can be undermined by populism and government by majority in the EU, in Russia, in the U.S. and other countries.

Shattuck also introduced four new cross-cutting intellectual themes aimed at creating new interdisciplinary opportunities at CEU and bringing the University together during its 25th year. The themes are social mind, inequalities and social justice, governance, and energy and society.

Berihun Gebeye, a first-year SJD student in comparative constitutional law and an alumnus of the LLM program in human rights at the Department of Legal Studies, spoke about the CEU experience.

“I come from Ethiopia, a country whose citizens speak more than 80 languages, each with their own traditions. But even with such a background meeting my classmates from all the continents of the world could fundamentally change my scope of the world,” he said.

He urged students to take full advantage of all that CEU and Budapest can offer, and added that in times when students will inevitably feel “the distance from home” the CEU community will be there for them.

Constanze Jeitler, an incoming student from Austria in the Department of History and the recipient of a CEU Alumni Scholarship, recalled how positive and responsive CEU was during the admissions process to her “somewhat exotic” research topic that examines the workings of memory and nostalgia. 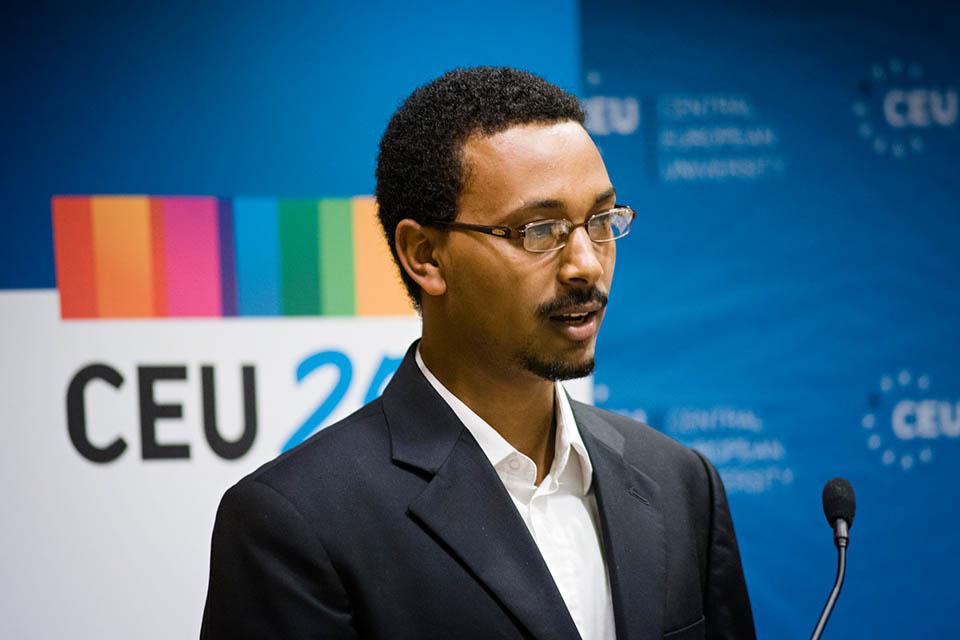 “I got a reply, and an encouraging one, from the head of department as an applicant. I was not used to this kind of attention,” she said. With a background in activism, she launched the Facebook group “CEU helps” to aid refugees even before she was properly enrolled. “The overwhelming response from the CEU faculty, staff, students and alumni was a proof of the strong international community of CEU worldwide,” she said.

Recalling the original concept for the establishment of the University, Istvan Rev, director of the Open Society Archives, history professor and founding member of CEU, said that “at the moment of high hopes when the future seemed unexpectedly and miraculously open, the University was founded not on naïve optimism. It was founded to combat the return of the repressed, the resurrection of nationalism.” 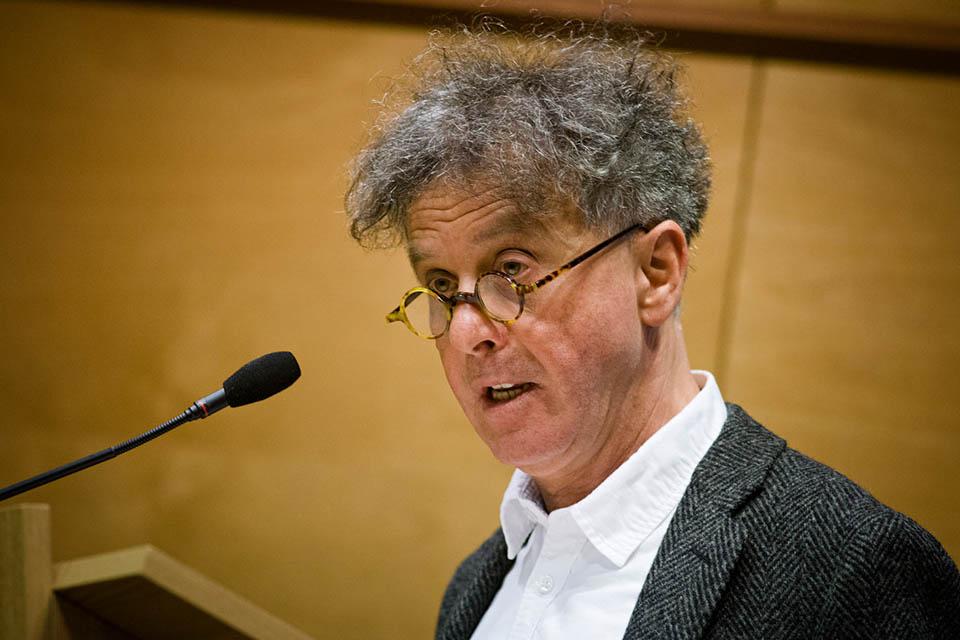 He also reminded the audience that CEU Founder and Honorary Chairman George Soros predicted in 1995 that this “resurrection of nationalism” seems inevitable and warned that “the collapse of a closed society does not automatically lead to the creation of an open society. There is more to freedom than the absence of oppression.”

Rational argumentation and intellectual conversation are the cornerstones of the University, Rev said. He recalled how during the Balkan Wars, Croatian, Serbian and Bosnian students started to talk to each other in English, pretending their languages were different.

“They had a difficult time together, but still they continued to talk to each other in English. This was the achievement of the University. This is what the University was meant for.”

The Opening Ceremony is not only meant to welcome new and continuing students, but to recognize achievements. CEU Provost and Pro-Rector Liviu Matei presented the CEU Award for Outstanding Research to Botond Koszegi, professor in the Department of Economics for his work in the field of behavioral economics.

The fourth annual European Award for Excellence in Teaching in the Social Sciences and Humanities, accompanied by the Diener Prize, was presented to Dr. Shakuntala Banaji, lecturer and programme director of the Master’s in Media, Communication and Development program at the Department of Media and Communications at the London School of Economics and Political Science. 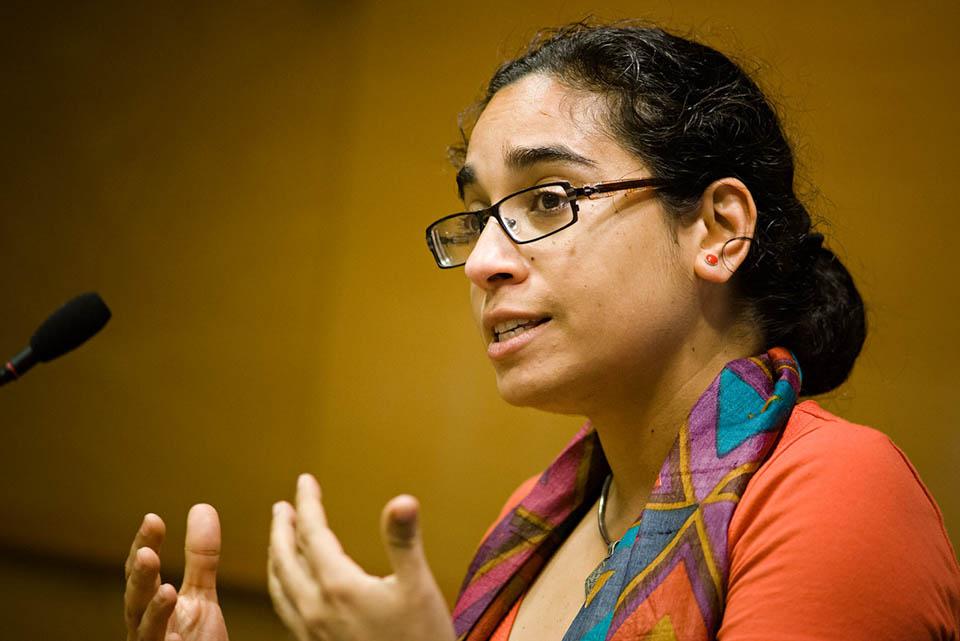 In her acceptance speech, Banaji recalled a letter from a former student that particularly moved her. The student wrote how he had overheard her say once that it’s “perfectly OK to be gay.” This comment helped him to come to terms with his identity and come out to his family, friends and colleagues later. “He said I was the first one to make him feel fully human. That is what I try to achieve in all my classes,” she said.

Watch the video of the Opening Ceremony here.