RGPP’s Torok Will Work to Empower Roma Women in Hungary

Ildiko Torok wants to see more decision makers with an education in public policy, who could facilitate coherent and effective policymaking to empower Roma women in Hungary.

Torok, a recent graduate of CEU's Roma Graduate Preparation Program (RGPP), sees assisting the empowerment of Roma women in Hungary as the main mission in her career.

“Roma women are disadvantaged in multiple ways, not only as members of a minority, not only because their prospects of lowincome and few chances at employment, but also in their roles as women,” Torok said.

Traditional women’s roles in Roma communities severely limit their chances of political participation. “My most revealing and very sad example of this was a conversation during a meeting with one of the representatives of the National Roma Self Government, who said after my speech, that ‘It is all very well, but how can you cook?’” said Torok.

“Traditions are all important for us, but when they make it difficult to lead a happy life in the reality of the 21st century, we have to abandon those that encumber us,” said Torok.

Born in Budapest, Torok holds a BA from Eotvos Lorand University in social studies and joined RGPP in 2014 after gaining considerable insight into minority policymaking through her work experience at the Hungarian Ministry of Human Resources and her participation in Hungary’s Public Administration Internship Program. 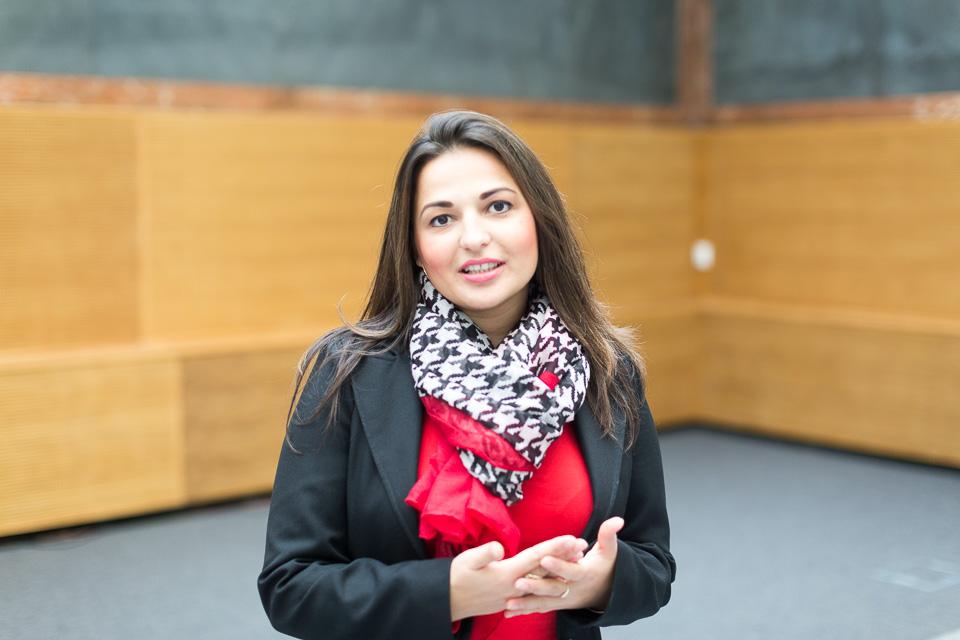 During the internship program she worked at the State Secretariat for Nationality Affairs for six months and three months in Barcelona, where she assisted the work of a ministry office responsible for Roma culture. In Spain, she participated in the preparations for the first World Congress of Roma Women. “We invited Roma women from all over the world, even from Columbia. It was fascinating to talk to them, coming from such different backgrounds, but still sharing the same Roma roots,” Torok said.

She admits that in three months’ time she did not have a chance to get familiar enough with Spain’s famously successful Roma policies, but she was fascinated by the level of self-organization and activism of the local Roma communities. “This is something we sorely miss in Hungary,” she said.

After completing her internship Torok was offered a job at Hungary’s Ministry of Human Resources, where she insisted on a position at the secretariat responsible for integration. “According to my experience, there are very few policymakers who can rely on a relevant education in public policy. This would be, however, vital in creating more targeted and effective policies to empower Roma women. Therefore I decided to study further and apply to the School of Public Policy after finishing the Roma Graduate Program,” Torok said.

In her RGPP final paper, written to complete the certificate program, Torok analyzed the programs organized to empower Roma women in Hungary. As she also participated in the execution of some of these, she could easily identify the reasons of their limited success. According to Torok, the 1,000 Roma Women project that aimed at training 1,000 Roma women for employment in the social services was a step in the right direction, and the training part was very successful. “It was much harder, however, to secure jobs for them, because of resistance on the employers’ end,” she said. Torok, therefore, calls for well substantiated, complex integration programs that last from early childhood until employment age.