Artist Selma Selman was a wild child and thinks she probably would've been voted “least likely to graduate from high school,” but her teachers pushed her to succeed. In 2014, she received the Zvono Award for Best Young Artist in Bosnia Herzegovina and she is now studying for her master's at Syracuse University in New York.

“When you're a child, you don't know what will happen,” said Selman, a 2015 graduate of CEU's Roma Graduate Preparation Program (RGPP). “Some miracle happened in my life and I learned that I had talent. I was wild and no one expected me to go to school and I ended up being the most educated woman in the village.”

Education is paramount to Selman. To fight high rates of truancy, she created a huge banner that read “March to School” and hung it in her town, Bihac. Because her education was so key in her development, she wanted to encourage kids to continue to attend school. And, although she doesn't have money to invest in the schools, her example is proving of equal value. 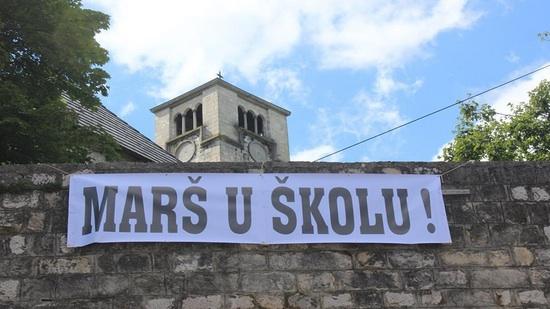 Selman made this poster that reads "March to School" and hung it in her village to encourage children to keep attending school. Image credit: Selma Selman

“I am role model for girls from my town; they really want to be like me,” she said. “In my village, they want to talk to me and seek my advice and this makes me very proud. Knowing they are interested in pursuing education is a big success for me.”

Selman is not the only artist in the family. Two of her cousins are also artists and their family is well known in their village for their artistry. Winning the Zvono Award meant a six-week residency in New York City – a giant metropolis compared to her small village.

“I went to this big city like an animal. I wanted to walk, to explore everything,” she said. “I was the only one from my country. There were artists from all over the world. And there were people much, much older than me. Some said I wasn't ready, but I said I was able and ready to fight for myself. I know I can be successful in art.”

She visited five cities on the East Coast during her residency and performed her piece “Do Not Look into Gypsy Eyes.” It was performed for artists and non-artists, some who did not know anything about who Roma people are. Instead of being frustrated by this, Selman used it as an opportunity to educate. 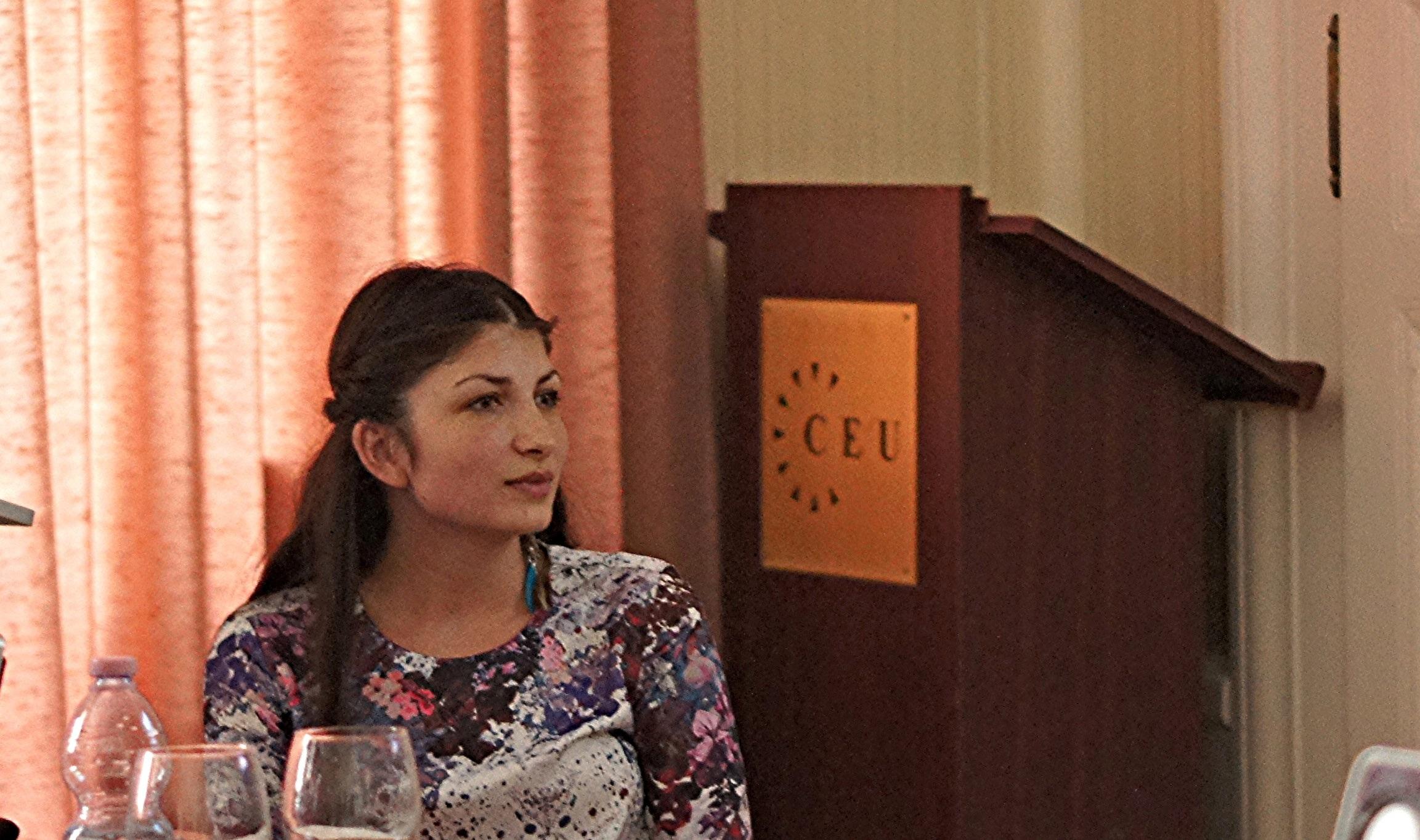 Selma Selman presents at the conclusion of her time in the RGPP program. Image credit: CEU

“One very important thing in my art is that I don't want to just show that we [Roma] are discriminated against; I want to fight against discrimination. The quality of my art is rooted in the culture of the Roma people, but it is enhanced by the experience of being Bosnian,” she said. “I am 24 and in 'Roma tradition,' I should have been married at 18. I have faced discrimination. This is why I don't want to present myself as a Roma artist. If I am an artist, it doesn't matter what I am; it doesn't matter what color I am. This is how I want to make equality – I want to work with all artists all over world, regardless of color, gender or race.”

This attitude reflects her experience at CEU, where “everyone is equal: gay, black, Roma, etc.” Participating in RGPP, she noted, helped her advance her English-language skills, introduced her to sociological and anthropological theory and, importantly, through meeting people from such varied backgrounds, taught her tolerance. “I am rich now because I know people from all around the world.”

Before heading to Syracuse to begin her master's program in the visual and performing arts, Selman had an exhibition of her paintings in Slovenia and she was invited to do a performance art show “To Be and To Exist” in Croatia. For her piece, she rode a self-powered bicycle for 12 consecutive hours. 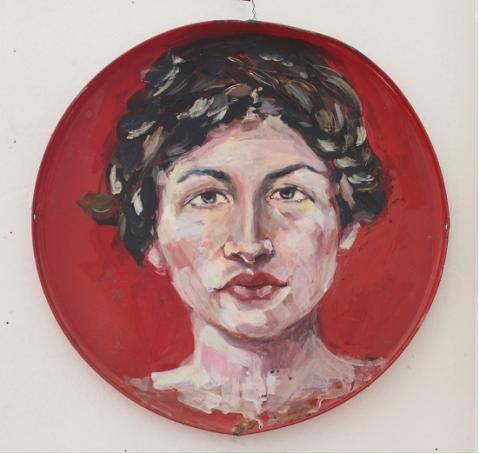 Selman painted this portrait on a piece of metal. Image credit: Selma Selman

While New York state is far from her home, Selman is very proud and happy to have the opportunity to study there and, she's been told, she is the first Roma woman to come from abroad to study at Syracuse. To her, it's a true sign that talent and education can take you anywhere.

"I am also working as teacher's assistant and I really like to share my knowledge with my students. I am learning a lot from them as well. They are not much younger than me, but that does not mean that I am not respected. I really enjoy my life and I am very happy."

Her next exhibition focuses on her mother and it will be held at a gallery in Buffalo, New York.