As part of a package of new initiatives aiming at providing renewed clarity of institutional direction at CEU, a series of university-wide interdisciplinary seminars was launched as a forum for faculty members and doctoral students from across the University to debate advanced and also timely topics that are relevant beyond the scholarly area or areas covered covered by a particular academic unit, and plan joint cross-academic unit projects. Three seminars have been held so far.

"The seminar series aims to bring faculty members and disciplines closer together and lead to new collaborative projects in research, teaching, or outreach," Provost Liviu Matei said. "It will create a forum for sharing insight on selected topics, refining existing projects and activities, and identifying new possibilities for cross-unit collaboration." 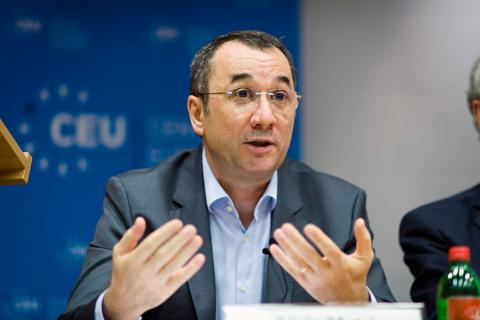 The seminars are also an extension of the intellectual themes initiative that CEU has launched recently, providing a framework for reflection on particular interdisciplinary topics and project, and also, more generally, a forum for discussion regarding the future academic direction of the University, Matei said.

The first seminar, in June 2015, addressed "Policymaking in the Age of Cognitive Science. Nudging: Risks and Challenges," and featured Andres Moles from the Departments of Political Science and Philosophy and Christophe Heintz of the Department of Cognitive Science. Matei moderated the seminar. Nudging combines insights from behavioral economics and cognitive science and raises important questions in political theory and policymaking. The two faculty members reviewed the empirical foundations of nudging, specified new risks that empowering policymakers with knowledge of cognitive science raise and hinted at possible solutions for decreasing those risks while still allowing nudges. The presentation was followed by a lively discussion. A particular outcome of this first seminar is an interdepartmental project proposal being developed (by colleagues who attended but did not have an interest in nudging previously) investigating the possibilities of "immunization" through specific educational activities against manipulative, anti-democratic nudging techniques.

The second seminar, in October 2015, entitled "Closing Space for Civil Society," featured Christopher Stone, president of the Open Society Foundations and member of CEU's Board of Trustees, who is an international expert on criminal justice reform and on the leadership and governance of nonprofits. Simon Rippon, assistant professor in the Department of Philosophy and School of Public Policy, provided a response, and Matei was moderator.

The seminar looked at the ways in which governments in many parts of the world today are closing public space, curtailing freedoms of assembly, association, expression and speech. The seminar examined case studies, looking in particular at how nationally or transnationally oriented ideologies, and their interaction, influence both the analysis and understanding of public space "closures" and actual policies or practical action in this context. The seminar discussion considered, not without controversies of methodological, epistemological and ethical nature, ways in which institutions such as universities and NGOs, including CEU and OSF, understand these attacks and how we should respond. 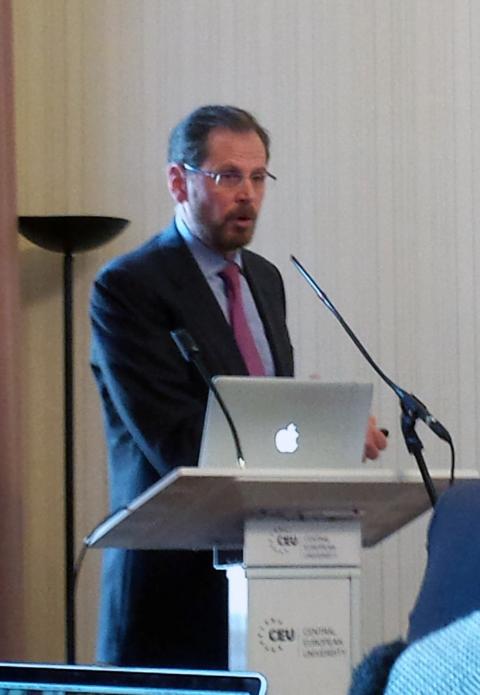 The seminar examined the perspective of different disciplines on social systems. These different lenses raise the interesting question as to whether an interdisciplinary synthetic view could be developed that adds new levels of insight across disciplinary approaches. One such possible synthetic approach is to consider social systems as a complex reflexive system – complex, because they consist of many dynamically interacting heterogeneous agents, according to Beinhocker, and reflexive, in the sense proposed by Soros, that there are two-way feedback loops between agents' perceptions of the world (the cognitive function) and their decisions and actions (the manipulative function), and both cognition and manipulation are subject to fallibility. The discussion following the presentation and responses was very dense, ranging from the criticism of certain arguments and perspectives put forward by Beinhocker to the possibility that the new CEU initiative on university intellectual theme might contribute to the wider discussion on the foundations of social sciences. A particular point made repeatedly was about the importance of bringing the humanities into this discussion, which one of the ambitions of this initiative.

Future seminars will be announced soon to the CEU academic community. Proposals from members of the CEU faculty are highly encouraged and the office of the Provost will follow up immediately on such proposals.