“Competition, conflicts and cooperation all existed between state authorities and civil society organizations during the most dramatic months of the refugee crisis,” according to Andras Kovats, founder and director of Hungarian Association for Migrants (Menedék Migránsokat Segítő Egyesület), who spoke about the lessons learned from refugee crisis in Budapest at a public lecture at CEU organized by the Nationalism Studies Program on Nov. 3.

“Many members of the state authorities disregarded the negative government propaganda and acted following their professional conscience,” said Kovats, who is a research fellow at the Institute for Social Sciences of the Hungarian Academy of Sciences.

Looking back on how the crisis unfolded, Kovats said that Hungarian Prime Minister Viktor Orban set the stage for the government’s communications campaign as early as January 2015, when the population was not yet aware of what was yet to come.

“Even the professionals, who have been working with immigrants for years – including myself – underestimated the magnitude of the crisis,” said Kovats. He added that the “national consultation”, the billboard campaign and the constant series of polarizing political statements were part of a cunningly orchestrated and successful campaign that helped Fidesz gain the upper hand over far-right rival Jobbik and regain support. 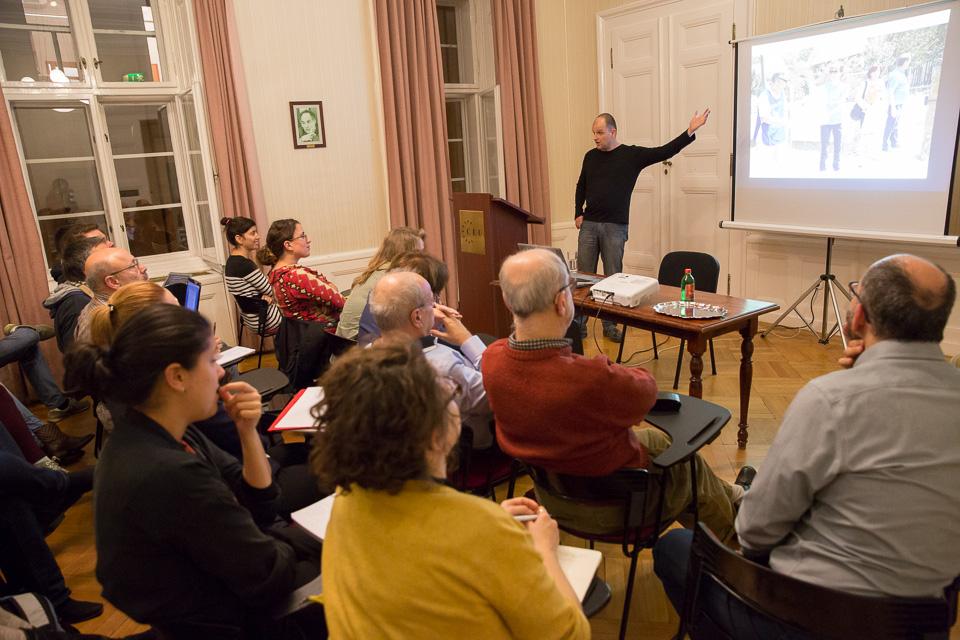 “Interestingly enough, the government had an immigration policy in effect that met all the international regulations and was committed to attracting skilled laborers and migrants to Hungary to boost the economy. What happened eventually had nothing to do with this document,” said Kovats.

According to Kovats, the Hungarian government more or less carried out its obligations set in the Dublin agreement until June, when the number of those arriving taxed the administration system so heavily that refugees started to leave the “reception centers” and travel to Budapest. After their number reached a critical mass at the railway stations, the situation soon became dramatic.

“When it became clear that the system was not sustainable anymore, the Hungarian government desperately sought a way for organized transportation, but the cooperation with Germany and Austria was haphazard at best,” said Kovats.

At this point, however, the government’s plans for shutting down the borders were already in motion. A physical as well as a legal fence was erected, denying refugee status to all those coming from Serbia by identifying Serbia as a “safe state” and criminalizing the crossing or damaging of the border fence. When the fences on the Serbian and later the Croatian border were ready, the wave of immigration to Hungary stopped. “As a result of these laws, for the first time in the history of modern Hungarian asylum policy there are more asylum seekers in detention than free, and Serbia is not accepting back those who are denied asylum. The system is stuck, but it is not visible and not publicized,” said Kovats.

Recapping Menedek’s work during the months of crisis, Kovats said that their expertise in the field, their knowledge of key actors and regulations made them a go-to source, which was “naturally a positive experience”. Competition and conflicts were also present though. Some members of grassroots organizations perceived Menedek and other similar organizations as “the professionals, who get paid for their work and leave at 4 p.m., while others are sacrificing their free time for the cause”.

Civil society organizations’ relations with government authorities was a “constant struggle”, said Kovats, but he also emphasized that especially on a personal level there was “an awful lot of cooperation.”

In the government rhetoric, however, the attacks were getting worse, especially towards the end of the crisis, when organizations were blamed for bringing immigrants to Hungary. The actual relationship with the state was not this bad, however. “The same week [right-leaning] Magyar Idok condemned us as one of the betrayers, we were signing an agreement of structural cooperation with the Ministry of Human Resources,” said Kovats. 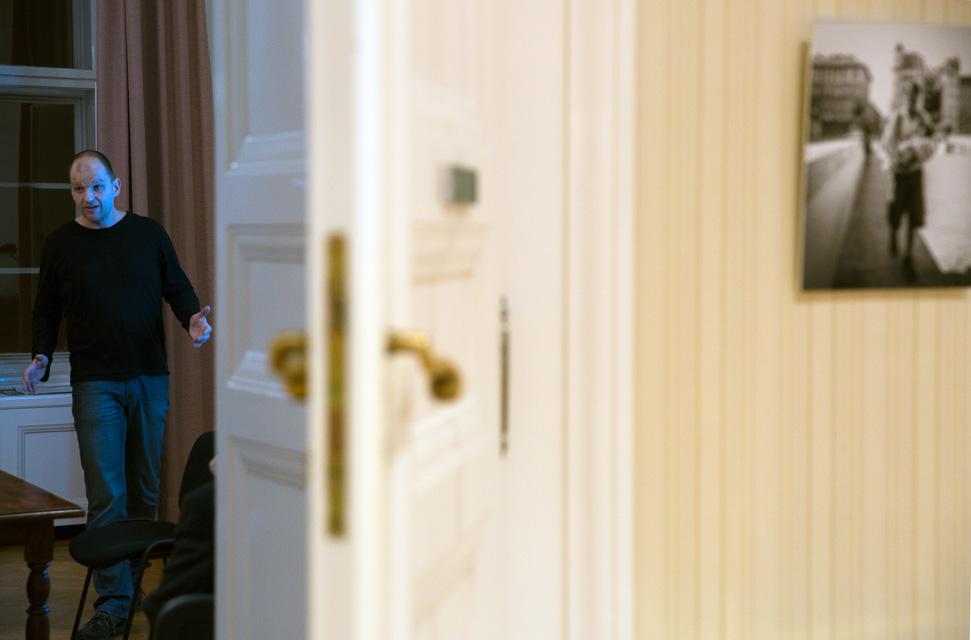 The organizations active in the field during the crisis were categorized by Kovats as immigration organizations, human rights organizations with a broader mandate, specialized service providers (kitchens, housing providers), the “big ones” like the Red Cross, the Maltese, Interchurch Aid and others, and grassroots organizations.

It was the “big ones” that received most criticism from the public for their perceived “inaction”. “Those organizations that are embedded in the Hungarian political structure, and that includes the Red Cross as much as church organizations, were in a difficult position, as they had loyalties and commitments to the establishment, and could not afford to go against the government rhetoric. Therefore they were slow to react, and hesitant and their messages were controversial,” said Kovats.

Grassroots movements, on the other hand, struggled for recognition by state agencies. “This is something they never got, though pragmatic alliances did exist between them and authorities,” added Kovats.