Female Refugees Can Be “Agents of Change” in Crisis, Panelists Say

Almost 900,000 refugees have come to Europe since January 2015, and 3,500 people have died on the journey. Sixteen percent are women, and 22 percent are children, UNHCR statistics show. While meeting the needs of women and ensuring their safety pose challenges both logistical and cultural, women can be key participants in change, according to panelists at “Women and the Refugee Crisis: On the Move, On the Ground, Making Change” held at CEU Dec. 3, hosted by the Department of Gender Studies, and moderated by CEU Refugee Crisis Response Task Force member Colleen Sharkey.

“I’m proud to say I’m a refugee,” said Marie Antoinette Sedin, Palestinian ambassador to Hungary, who was born in 1956 in Dbayeh refugee camp in Lebanon after her family fled Al Bassa village in 1948 after the Israeli declaration of independence. The UN-run camp was attacked by Lebanese militia in 1976, after which Palestinians such as Sedin received permission to work or study abroad. “Because I have this background, and suffered as a child, I wanted to help refugees from Syria. Our help was to meet basic needs – to alleviate suffering.”

Sedin and colleagues spent long hours and long days at the train stations in Budapest, receiving new refugees, providing information in Arabic, and offering the services of Palestinian doctors trained in Hungary. Sedin received a Knights of Malta commendation for her work.

Lidia Balogh, junior researcher at the Hungarian Academy of Sciences and active volunteer, and Luca Janka Laszlo, head of the activist group Let’s Help Refugees, spoke about the special needs of women and about the related challenges they faced as aid workers during the crisis. Both were very active while thousands of refugees were coming through Budapest in August and early September, and Laszlo has continued her work with refugees arriving in Europe. She recently returned from the Macedonian-Greek border. 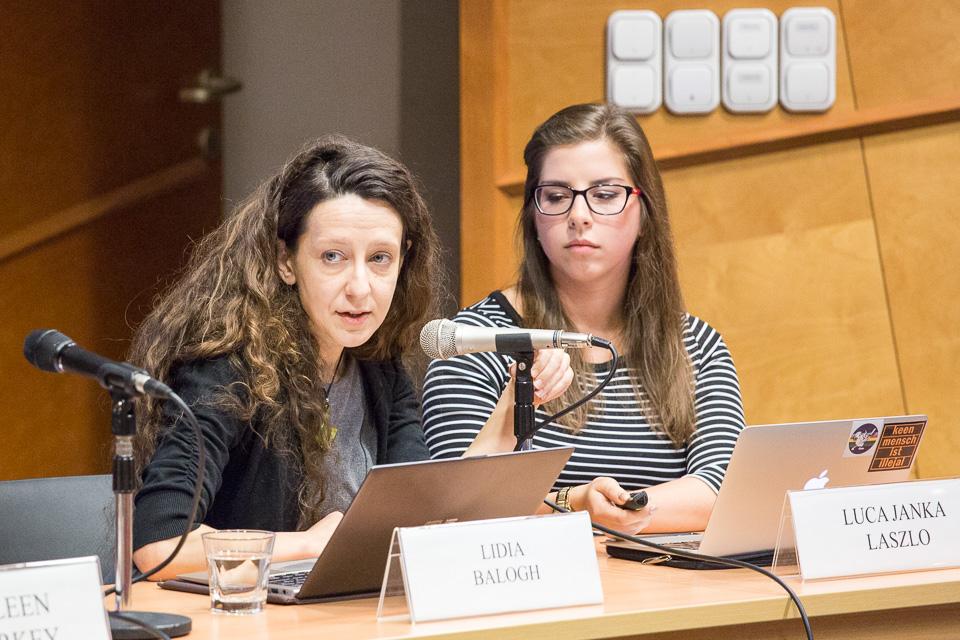 Health care, hygiene, and privacy were key issues Balogh and Laszlo tried to solve during the crisis. For example, Laszlo managed to agree with a homeless shelter near one of Budapest’s train stations to allow refugees to use shower facilities there.

Other challenges included how to distribute food – while in many Muslim countries it is customary to allow fathers to distribute food, aid workers were concerned that this may put women and children at a disadvantage. In Budapest, Laszlo and fellow volunteers decided to form separate food lines for women and men – particularly important when there is not enough food, she said. This policy has not been implemented on the Macedonia-Greece border, which is of great concern, Laszlo said.

“One of our premises is that women’s needs are different, and this must be recognized and addressed,” said Montserrat Feixas Vihe, UNHCR regional representative for Central Europe. “Our goal is to provide the right support to women. In providing this support, we involve women in planning, implementation and evaluation. Women may be victims, but they are also agents of change.” 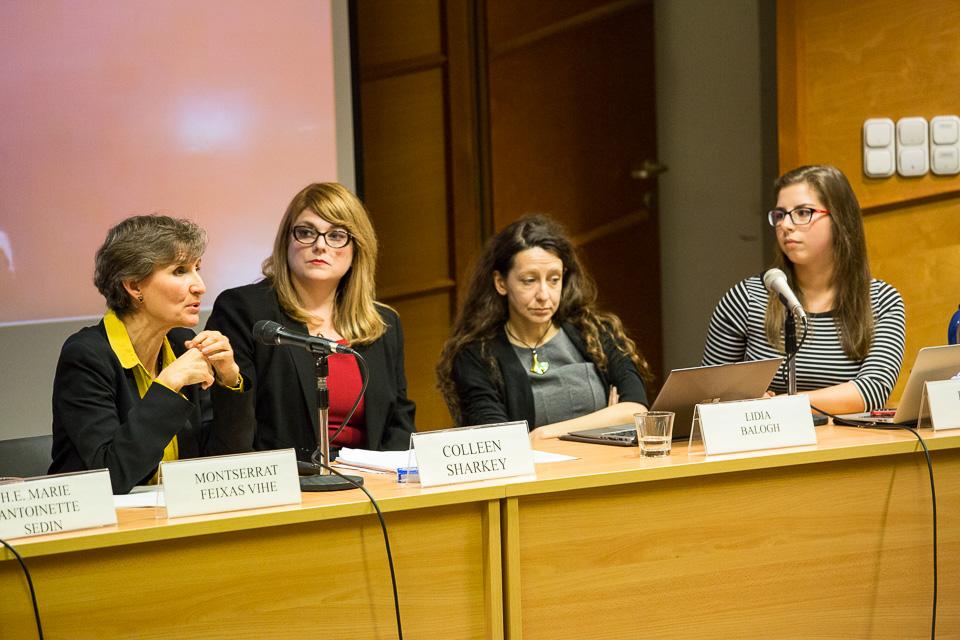 UNHCR needs the authorization of governments in order to carry out its activities in a given country. It doesn’t lead efforts, but cooperates with governments and provides additional assistance when government efforts are insufficient. During the crisis in Budapest in summer 2015, the Hungarian government did not give UNHCR authorization to help. UNHCR officials recommended construction and expansion of reception centers for refugees, which would have allowed registration to happen and prevented thousands of refugees from having to sleep in Budapest train stations, where their only source of food, clothing and other assistance was volunteer organizations.

Governments across Europe continue to ignore international agreements on the rights of refugees, and Feixas Vihe finds the acceptance of refugees based on nationality of particular concern.

“Countries have not applied the legal framework to register and identify asylum seekers,” she said. “Selection by nationality is wrong. We must determine each person’s needs, and whether they are a refugee or not, on a case by case basis.”

CIVICA Inclusion Workshop Kicks Off in CEU Auditorium with Roundtable Discussion
May 16, 2022