Arlie Russell Hochschild, professor emerita at the University of California, studied Tea Party supporters in Louisiana for five years to learn about the emotional motivation of right-wing sympathies. She shared her findings at her Nov. 25. lecture at CEU, "Strangers In Their Own Land: Allegory, Emotion and The American Right."

The topic of right-wing sympathies is increasingly important now that many western countries experience a move to the right, Hochschild said. If we compare right-wing parties in the US and in Europe, we’ll find that at first glance the purpose of the Tea Party is quite the opposite of what populist European parties stand for, but there are underlying similarities, she said.

The average Tea Party supporter is white, male, Christian and has a successful blue-collar background, said Hochschild. Louisiana, the heartland of the Tea Party movement, is the second-poorest U.S. state, and 49th on the human development scale. It is extremely polluted and highly dependent on federal funding. At the same time, the majority of people think the federal government is dangerous and harmful. So how come a state so much in need doesn’t want federal help?

“Mary Beth,” a woman Hochschild interviewed in Louisiana, sheds some light on the underlying reasons. Mary Beth is a Republican, she’s very active politically, and wants to be seen as someone “who’s worked very hard.” Endurance is her point of pride, rather than personal achievements. 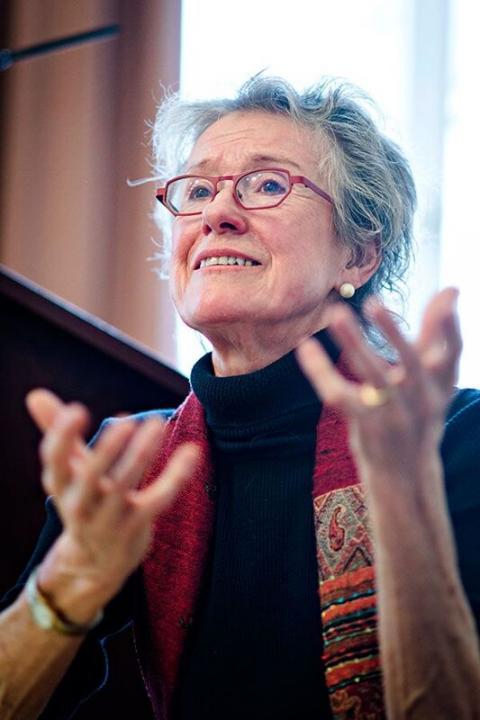 To facilitate a better understanding of Tea Party supporters’ motivations, Hochschild created a collectively felt, honor-based “deep story” for them. This deep story is based on neither actual facts nor moral judgements, and is later checked with the subjects. In it, a man is standing in line for a ticket – one which confers much deserved honor and monetary reward. At the front of the line, someone behind a dark glass window hands out tickets. In front and in back are fellow applicants in line. To the side, is an official supervisor, apparently fair to all in the line. Then intruders “cut into” the front of the line. Others follow. They are cheating and the supervisor is their ally. Whose line is this? If not mine, who am I? The story moves from there. Tickets are for the American Dream -- now at a standstill, and feared to be fading away. The supervisor is the U.S. President. Those cutting in line are immigrants, blacks, public sector workers.

Behind the deep story is what Hochschild calls an “honor squeeze.” People who used to be able to find honor in being a “straight family person” are now labelled fuddy-duddy homophobes by the national narrative. They have lost the blue-collar culture they could take pride in. What we have to do is to understand these people’s desire to be honored, because this knowledge is currently in the wrong, i.e. Republican, hands, Hochschild said.