Education on All Sides Is Key to Eliminate Anti-Gypsyism, Panelists Say

“Nothing about us without us,” Professor Ian Hancock of the University of Texas at Austin said in his opening remarks at a conference entitled "The Damages of Anti-Gypsyism and Tools for Improved Responses,"  the opening part of a colloquium on hate speech held at CEU on March 17.

In his welcome address, initiator and main organizer of the colloquium and its opening conference Peter Molnar, research affiliate in the Center for European Neighborhood Studies (CENS) at CEU, said he had proposed that the majority of the speakers at the event be Roma, and that to hear a diversity of Roma voices should be a precondition of any meaningful discussion. "Part of our goal is to inspire people with prejudices to recognize that their prejudices are wrong, and to change their minds, he added. Rafto Laureate 1989 Molnar, is co-founder of the Rafto Free Speech to Overcome “Hate Speech” Program, with Rafto Laureates 1997 Ian Hancock and 2011 Frank Mugisha. 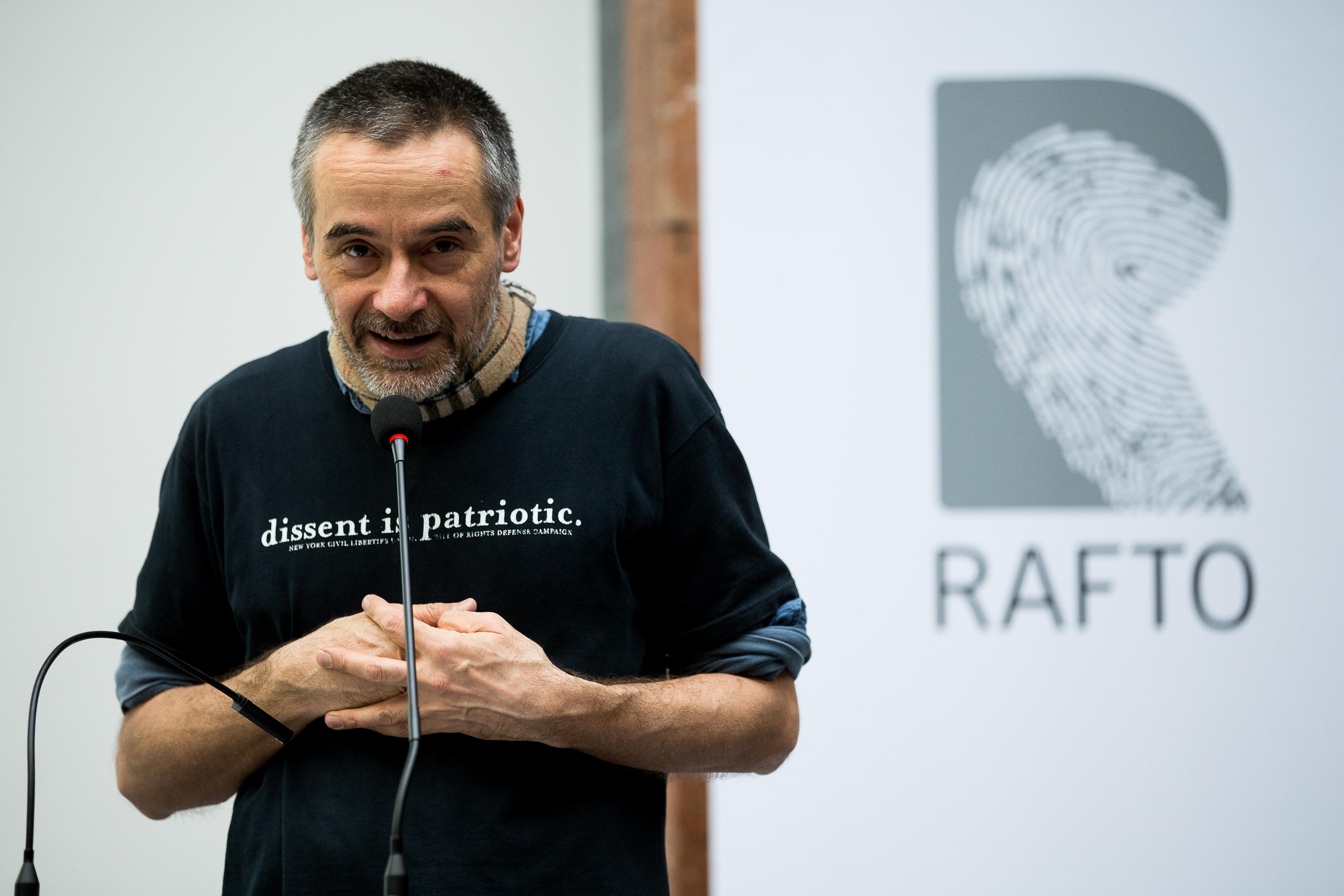 Co-founder of the Rafto Free Speech to Overcome “Hate Speech” Program Peter Molnar opens the The Damages of Anti-Gypsyism and Tools for Improved Responses conference at CEU. Photo: CEU/Zoltan Tuba

In medieval Christian Europe, darkness was associated with sin and evil. Roma were the first people of color in the western world - and however metaphorical, this had devastating consequences, Hancock said in offering a historical perspective of the origins of anti-Gypsyism in Europe. Because of laws forbidding Roma to settle anywhere, means of livelihood had to be relied upon which could be easily and quickly gathered up when it became necessary to move.  One such was fortune-telling, he said, which explains the concept of mysticism often identified with Roma. During the Industrial Revolution, Roma were viewed as the “noble savage,” and in Victorian times as heathens in need of the corrective work of Christian missionaries.

Prejudicial mechanisms, racism work not only among regular people but governmental institutions as well, said Orhan Galjus of Amsterdam-based Radio Patrin in his talk “‘Gypsylorism’ and ‘Gipsy character.’” One of the tools to address disinformation and untruthfulness is learning about one’s roots and knowing where one comes from, he added.

In Hungary, Roma are not present in public administration and are underrepresented in the civic sphere. Since the regime change, Roma issues have been handled under the umbrella of “national security issues,” said Agnes Daroczi, Roma Elder, intellectual and activist. When the EU wants to fix a problem, it makes sure the money reaches its target group; that’s not the case when it comes the EU’s Roma policy, she warned. Minority institutions must be established, as without real political commitment only a few will be able to flee poverty; without support, we can’t expect the situation to change. “Discrimination is a sickness of the majority society, so we have to give medication,” she added.

Although there are four Roma groups in Norway, they are all discussed as on group in public debate, said Torgeir Skorgen, associate professor at the University of Bergen. In the 18th century, absolutism differentiated between three types of strangers. Educated strangers were welcome, uneducated strangers were in need of improvement, and uneducated strangers unfit for social improvement, who later became the “asocials,” a term used to categorize social deviation of any given time in history. In current public discourse in Norway, visiting Roma are viewed as the asocials. The concept of asocial must be considered exclusionary hate speech, Skorgen noted.

Besides CENS, CEU`s Roma Access Programs and the Rafto Foundation for Human Rights supported the conference.