The Eurocrisis and, even more recently, the migration crisis have contributed to instability, financial hardship and Euroskepticism within the EU. However, Danuta Hubner, member of the European Parliament and chair of the EU Committee on Constitutional Affairs, says it could be worse while emphasizing that extraordinary work must be done to keep the situation from getting worse. Hubner presented her lecture “The European Union’s Constitutional Challenges After the Euro Crisis” on March 17.

“We have never been in such a complicated situation in the EU,” said Hubner, “When you talk to people in Brussels and ordinary citizens, you can see how many of them are frustrated, expecting much more to happen and not seeing it.” However, she believes the crises have also led to “unprecedented mobilization” among institutions to implement reforms that were not possible before.

Some of the EU's problems, she noted, are about the identity of the Union itself, the justification of its existence and communication of EU goals to its citizens.

“Europe is very bad at debates,” she said. “We have never been able to communicate well and have open, public debates so we know what people really think. What is our identity? And now there's Brexit – Brits are trying to find their identity outside of being European.” 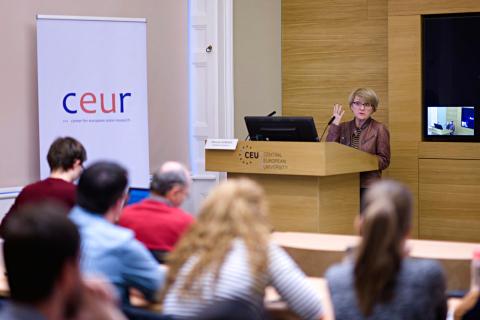 Hubner said peace and security solutions are high on the agenda in the EU Parliament but, unlike step-by-step procedures of the past like establishing the Schengen Zone or instituting the Eurozone, current issues are far more urgent and cannot be solved through the established frameworks.

Speaking about reforms that have been moving forward, she cited the banking union and EU deposit insurance (EDIS) that will protect citizens' money in banks that is proposed for rollout in three phases from 2017-2024 and will complement national deposit guarantee schemes. The proposed deposit insurance framework is facing criticism though, particularly from Germany. As one of the Union's wealthiest nations, Germany does not want its citizen to be responsible for bank failures in other countries.

Hubner is also concerned about how crises are, by their very nature, changing institutions and the way they interact and make decisions.

“We are also witnessing now a period of certain institutional confusion and transition where there are clearly changes in policy-making methods which have consequences. They create a new situation: changes in roles of institutions are made by fait accompli simply due to need. What's new is this open method of coordination. We are now seeing an increased method of coordination – coordinating national resources.”

This is being done by the European Council she said, for example, on migration issues. This so-called soft method is exclusively the realm of heads of government and leaders. Hubner said the rhetoric of the Juncker Commission is “less lawmaking and more soft coordination,” but she wonders if this is enough given these major challenges. “We need more clarity on rules; it's being driven on a case-by-case basis. We have to look at this institutional and competence confusion.”

Hubner then spoke about the issues on the national level and said in some EU member states there is a “declining capacity on implementation of European law” and cited the refugee crisis as an example. She commented on the quality of national leadership, noting that it is challenging because the leaders who are not backing a pro-EU agenda are elected via democratic means. 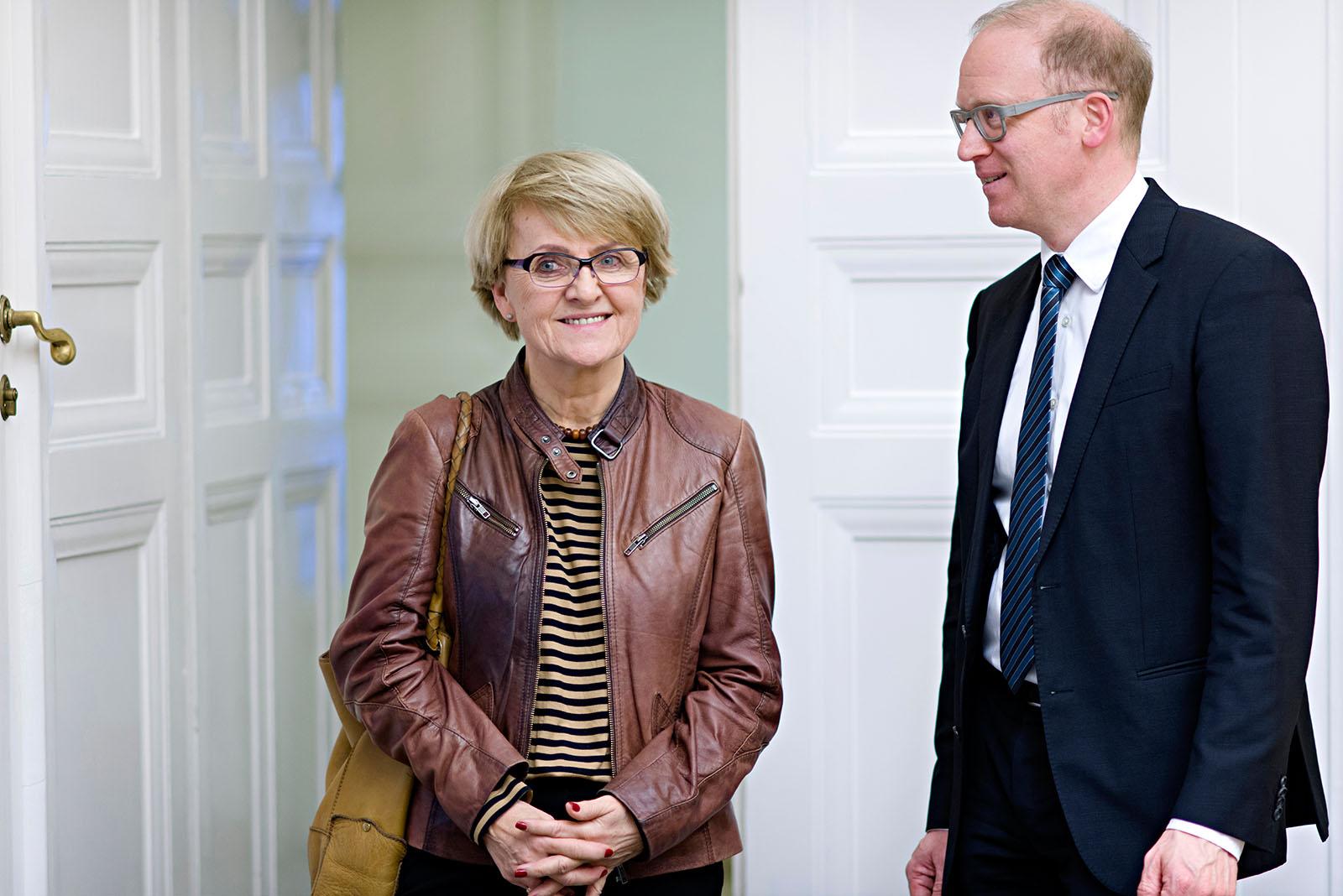 Hubner also talked about rising populism and its strong impact on anti-European political trends. “Even some mainstream parties have elements of populism and some relation to extremists parties,” she noted. “Radicalization is generating fear and people feel threatened. And lack of trust in leaders is fueled by radicalization. This is a big threat to European liberal democracy.”

The fact that European leaders have not quickly moved forward with reforms as a result of multiple crises is surprising, Hubner noted. She said the lack of “bold action” is in contrast to the reaction and will of the people. “There are more and more areas that leaders are afraid of talking about. We haven't been talking about changing treaties for years and it's still an issue that can be taboo.”

She sees further integration of EU member states into the Eurozone and a common foreign security policy as top priorities for the EU and noted that individual national referenda on issues would create even further challenges and complications.

“We never managed to market the idea of the EU to the public – there is a limited understanding of what it is,” Hubner said. “If we reach out via referenda, we might face a different challenge: moving 28 globally relevant states to decline of living standards and lack of security. We need a stronger Europe and a fully fledged Eurozone.”

CEU's Center for European Union Research (CEUR) sponsored the lecture and Uwe Puetter, professor of European public policy and governance at the School of Public Policy (SPP) and director of CEUR, moderated the discussion.