CEU’s new Digital Humanities Initiative (DHI) held its kick-off event on May 19. Subtitled Digital Cooperations and Community, this initiative is an 18-month preparatory project funded by the Humanities Initiative at CEU for mapping, taking inventory, and exploring existing Digital Humanities projects within CEU, and for thinking through ways of strengthening such capacities in the future. At the kick-off event the DHI’s project leader Marcell Sebok, assistant professor in the Department of Medieval Studies at CEU, introduced the initiative and the DHI website (www.ceu.edu/dhi) to a group of staff and faculty already involved in Digital Humanities-related projects at CEU, guests from Eotvos Lorand University (ELTE) and the University of Szeged, as well as interested members of the CEU community.

Following Sebok’s introduction, Gabriella Ivacs, head archivist at the Vera and Donald Blinken Open Society Archives (OSA) and founding member of DHI, introduced OSA’s new Aaron Swartz Fellowship for developing technological tools to make knowledge and data broadly available to the public, and emphasized OSA’s strong commitment to open access to information. Oksana Sarkisova, research fellow at OSA and CEU’s Visual Studies Platform, pointed to some possible joint fields of interest, and stressed the role of humanists in advancing a more self-reflective profession of scientific inquiry. Professor Janos Kertesz, of CEU’s Center for Network Science, also emphasized possible cooperations between fields and topics of Computational Social Sciences and Digital Humanities. Viktor Lagutov, head of   the Environmental Systems Laboratory (Syslab) at the Department of Environmental Sciences and Policy, talked about the spatial aspects of data and their application in social sciences and humanities through The Spatial Mapping and Analysis Research Group’s (SMARG) vector mapping applications. Jessie Labov, resident fellow at the Center for Media, Data and Society in the School of Public Policy, also presented a mapping cultural space project by using the WorldMap platform from the Center for Geographic Analysis at Harvard University. 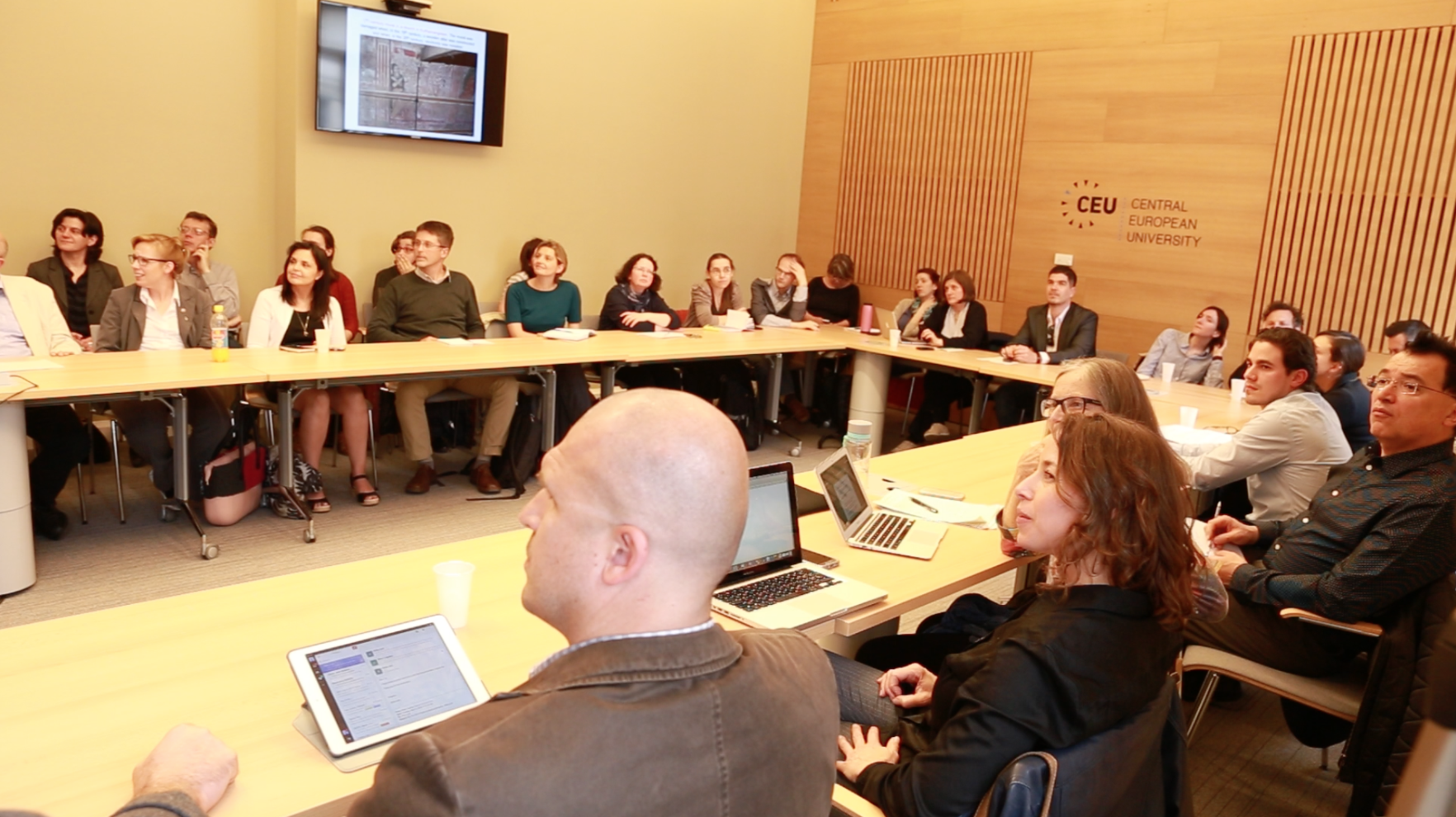 CEU alumna Katalin Tolnai introduced the comparative research project on digitized Historical Atlases of Medieval Europe and Hungary, a similar project to Labov’s. In representation of the ERC-funded SRITE Project, Istvan Perczel, professor in the Department of Medieval Studies, gave an overview of his research in India to digitalize and archive the fast-disappearing cultural heritage of the subcontinent’s pre-European Abrahamic communities. Robert Peter, of the University of Szeged, discussed the practical use of Digital Humanities methodologies in quantitative textual analysis of 18-19th-century British press materials. Zsolt Simon of the Humanities Information Program at ELTE shared his experience on developing databases for Renaissance literary productions. Finally, Diane Geraci, director of the CEU Library, informed participants about certain motivations and goals for the DHI aims to achieve.

The event was concluded by an announcement of Digital Humanities lectures and workshops to be held throughout the 18-month period of the initiative’s run. The attention of the participants was also called to a questionnaire on the methodological and technical needs of already running and planned projects at CEU to be circulated shortly. Details of both the events and the questionnaire will be announced to the CEU community on the DHI website and by email.