University-wide Seminar Held on “Symbolic Capital in the 21st Century”

The seventh university-wide seminar on Symbolic Capital in the 21st Century: Managing Status, Reputation and Influence in a Changing World, was convened by CEU’s Provost/Pro-Rector Liviu Matei aiming to reflect on symbolic hierarchies in an age of radical transformation—of unregulated capitalism, of welfare state decline, of multi-polar international relations, and of global communication networks.

“Our mantra is that the role of universities is to build human capital. But what can universities do to help students build social capital,” Matei asked in his opening remarks. 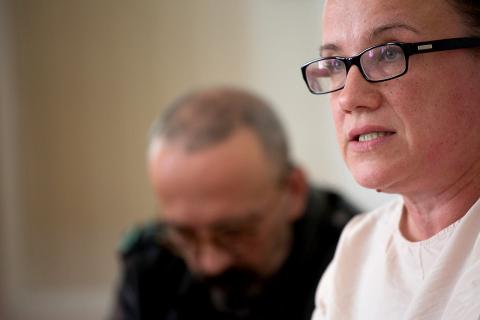 Alexandra Kowalski, assistant professor in CEU's Department of Sociology and Social Anthropology, examines the relations of the cultural and economical value certain cultural goods have for a community. Photo: CEU

Discussing how the importance of cultural goods have changed by the 21st century, Alexandra Kowalski, assistant professor in the Department of Sociology and Social Anthropology, examined the relations of the cultural and economical value certain cultural goods have for a community, the growth of the market for illegally obtained cultural goods, the political bargaining for world heritage site designation, and the branding and incorporation of cultural identities. The boundaries between culture and the economy are blurring, cultural production is becoming increasingly dependent on individual economic actors, she observed.

The “puzzling” appointment of Hollywood actress Angelina Jolie as visiting professor at the London School of Economics prompted Alexander Astrov, associate professor in the Department of International Relations, to talk about how the discipline of international relations engages with symbolic capital. We witness a  fluctuating fascination by contemplation and practicality through history. The boundary between the two separates international relations from political theory and other disciplines.  Similarly, universities, the foundation of civilization, were the place where the boundaries were clear between contemplation and the real world, Astrov added. However, “there’s a trend of blurring boundaries today, and universities are unprepared to deal with this.” 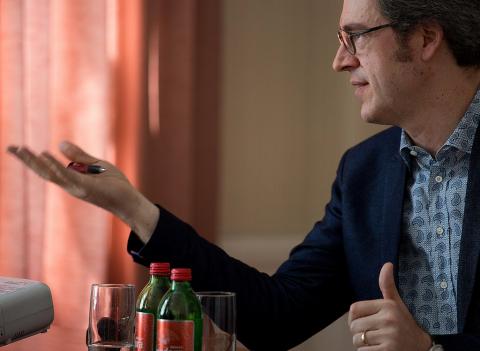 High concentration of wealth has influenced research for hundreds of years,” says Karl Hall, associate professor in the Department of History. Photo: CEU

“We’re not in a radically new phase. High concentration of wealth has influenced research for hundreds of years,” opined Karl Hall, associate professor in the Department of History. We need to acknowledge billionaires funding favorite fundamental research, in lieu of public funding of basic research, and the fact that science in the 21st century is influenced less by national needs and more by wealthy individuals. However, this trend is nothing new, “the world of science has always been “polluted” by external influences,” he added.

Xymena Kurowska, associate professor in the Department of International Relations, discussed the role of critical security theorists as “bearers of symbolic capital.” The story of critical security within IR, especially in Europe, has shown how symbolic capital is related to preferential privilege, she said. A new generation of critical security theorists, in which group Kurowska includes herself, has helped institutionalize a number of typical exclusions. These exclusions include the notion of the researcher as the “knower”; feminism, and gender in general, as being nothing more than a footnote in critical security studies; and western Eurocentrism. Criticality is a claim to status and recognition, thus creating exclusions again, Kurowska suggested. “It is a privilege to be critical.”