In its new building at Nador utca 15 on October 21, CEU dedicated the Quantum Board Room, named for the Quantum Fund, founded by George Soros, the success of which made the University possible. The Quantum Board Room was supported by the Foglia family, including Antonio Foglia, a London-based economist and hedge fund manager who is also a member of the CEU Board of Trustees, and his father, Alberto Foglia, who served as chairman of the Quantum Fund from 1987-2003. The dedication was followed by a lecture by the younger Foglia about governance challenges stemming from the global financial crisis.

“We’re here to dedicate this room, commemorating an extraordinary relationship between a family and a university,” CEU President and Rector Michael Ignatieff said at the ceremony. “This is an important room in an important building. It’s fitting that the first official event in this room is a lecture by Antonio Foglia. We’ll come away with an understanding of the financial crisis, which is exactly what a great university should do.” 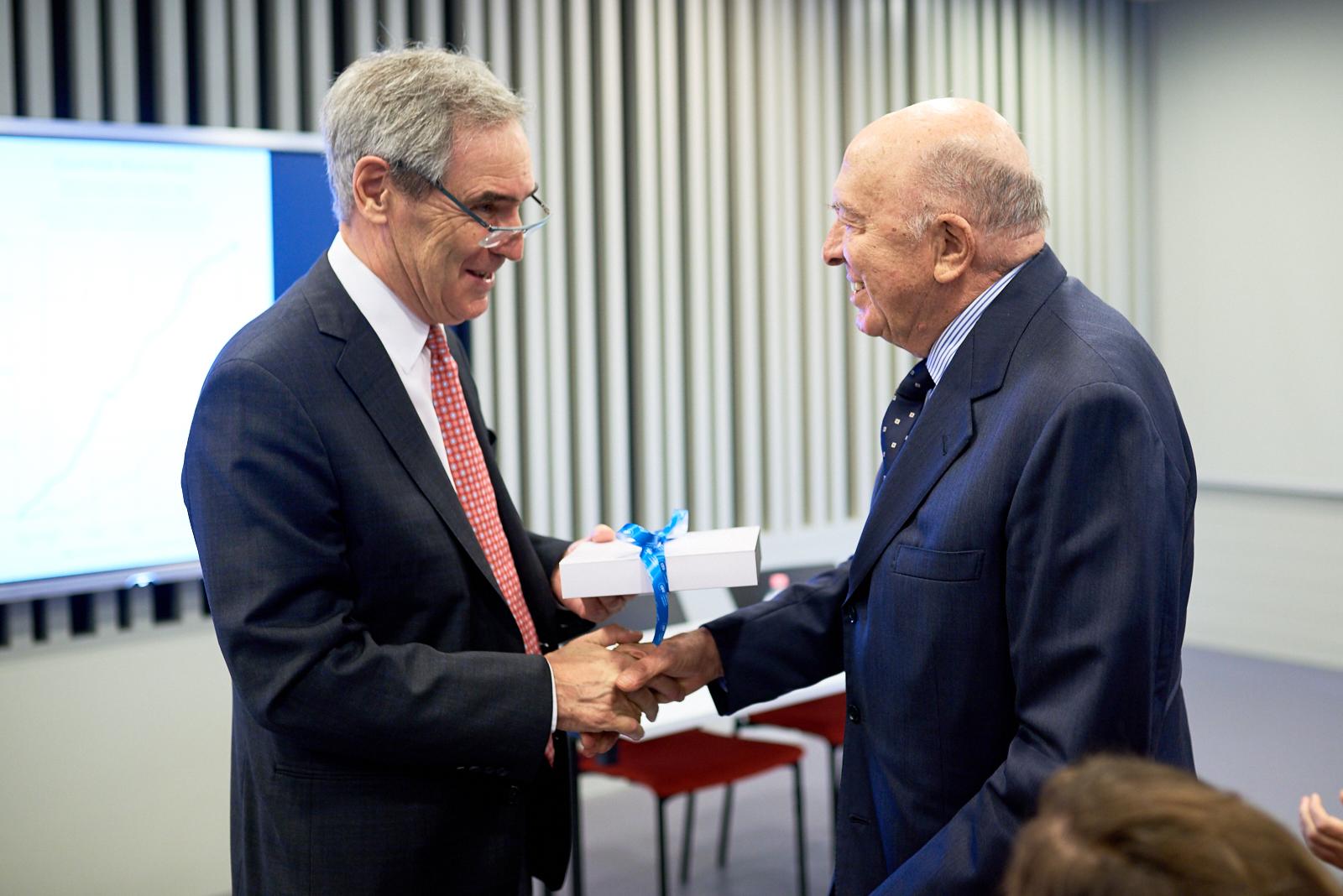 Ignatieff presented Antonio and his father Alberto with a key to the university.

“To present you with this key is to say you saw something in the financial markets but also saw something in CEU, the way it was contributing to an important mission of freedom, an institution with a role to play in free inquiry in Europe,” Ignatieff said. 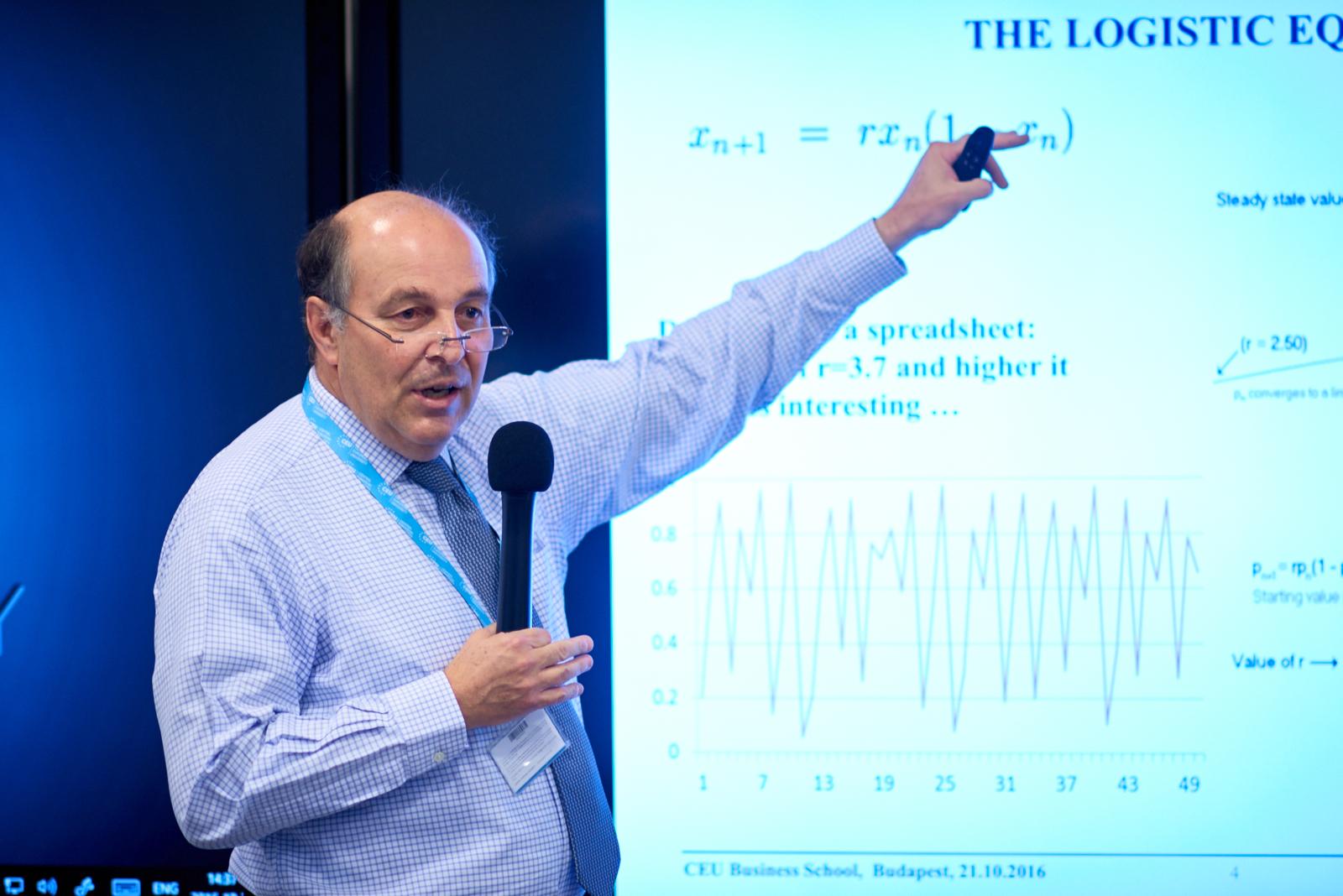 Foglia began his lecture, “Inadvertently Engineering the Global Financial Crisis: Governance Lessons,” by explaining that we now understand the economy as a “complex adaptive system populated by fallible agents with imperfect knowledge.” Financial markets are man-made complex systems, which are more unpredictable than complex ecosystems, for example, because “thinking participants introduce more complexity.”

“We have learned to be very careful when dealing with complex ecosystems, so why are we not so careful with our man-made ecosystem we call the economy?” asked Foglia, who is also a global partner of the Institute for New Economic Thinking.

Since regulators and financial institutions themselves have become complex systems, and radical uncertainty is intrinsic to such systems, “wrong deregulation of markets and wrong regulation of banks have been the causes of the global financial crisis,” Foglia said.

Financial markets were deregulated with two major flaws, Foglia said. One is that interbank markets could not match the relatively efficient working of forward markets, because participants counted on banks as “too big to fail,” he said. Secondly, markets have been fragmented in the name of competition, when consolidation makes more sense. The merger of the London and Frankfurt stock exchanges is stalled because of anti-trust concerns, whereas the fragmentation of markets means you have too many places to trade the same product, which leads to imbalances, according to Foglia. 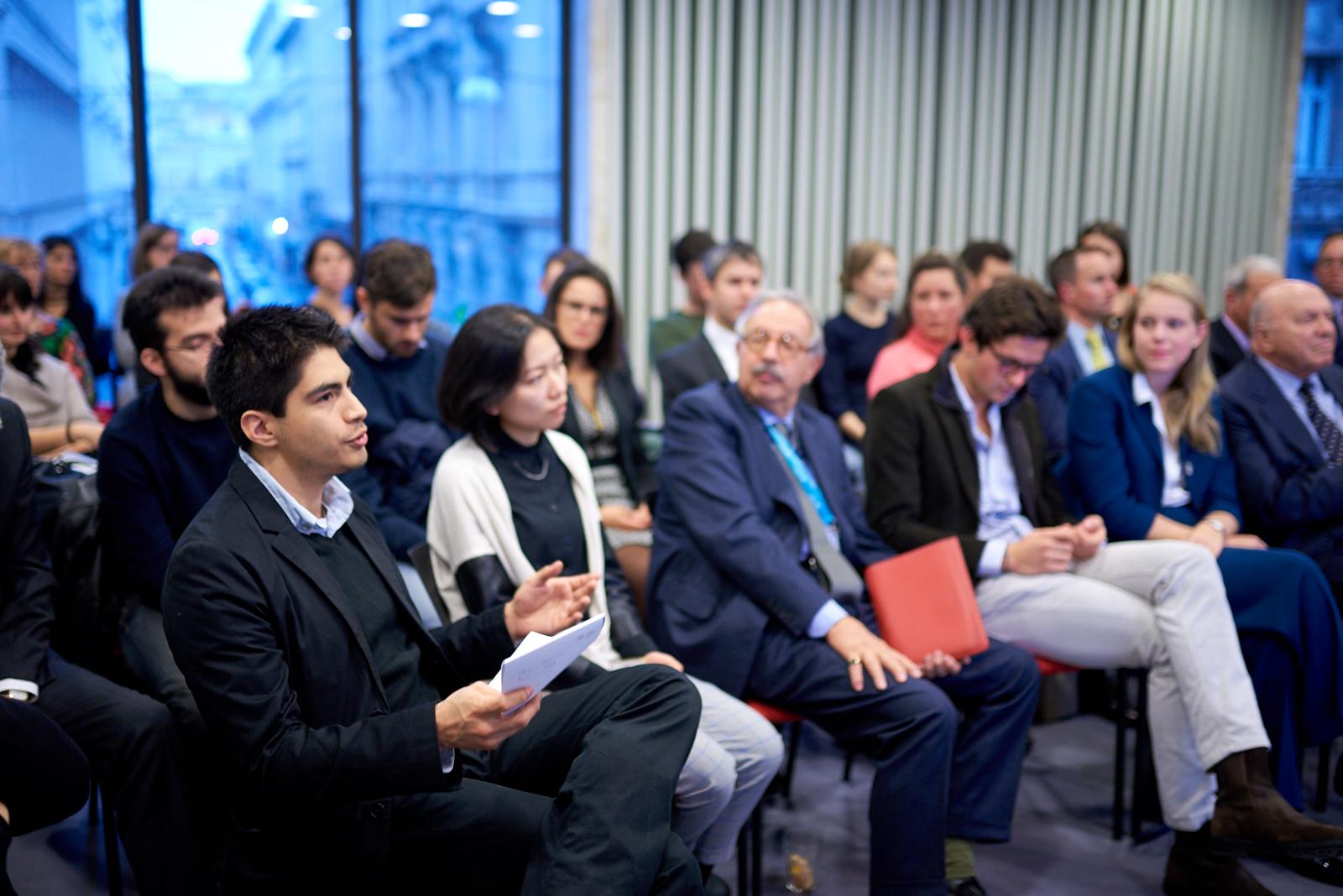 Regulation is also flawed, leading to a situation where hedge funds are actually three times less risky than banks, according to Foglia. As a result, hedge funds have done vastly better than banks in the crisis. Regulation (viewed as prudent) requires banks to have only 2 percent of capital backing a triple-A-rated bond, which has a volatility of 3.1 percent – this imbalance creates risk, according to Foglia.

Regulators have answered this problem with increased regulations, which is not the right answer.

“We’re using policies of the past to prop up growth which is no longer sustainable,” he said. “If faced with a situation in which the underlying problem is demographic, and the future will be weaker demand, then why do we borrow from the future?”

The right answer is to both learn from history and understand and accept radical uncertainty in complex adaptive systems, Foglia concluded.

“In such a system, complex regulation cannot achieve the governance we expect. Regulation caused structural weaknesses, excessive compensation and apparent excessive financialization… Banks worldwide are still far from having adequate resilience. New rules are creating invisible damage. Markets need regulation. The best way to deal with complex adaptive systems is to study history very carefully and the mechanisms that have kept them well behaving over decades or centuries,” said Foglia. 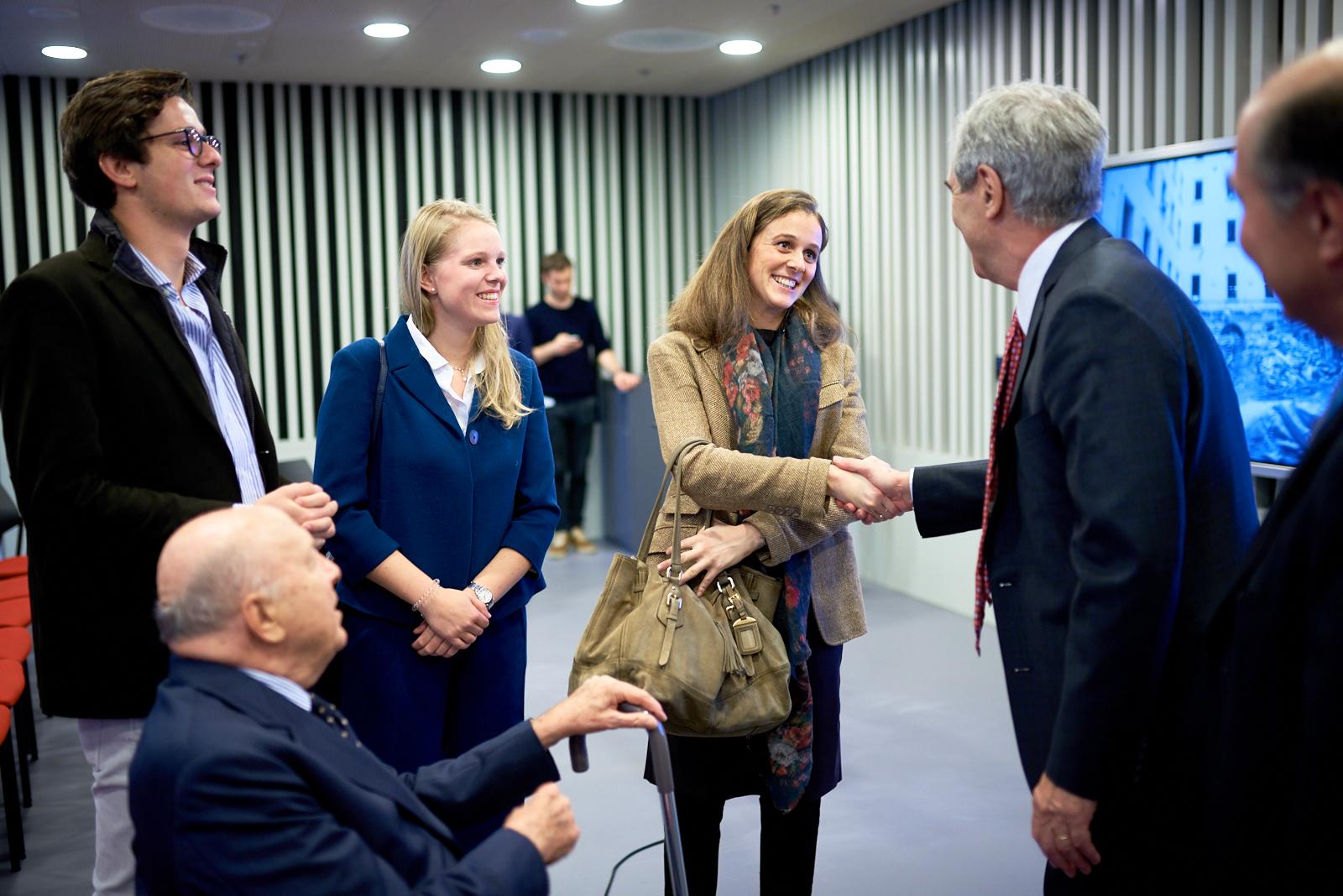 Members of the Foglia family with CEU President and Rector Michael Ignatieff at the dedication of the Quantum Board Room. Photo: CEU/Daniel Vegel.