Some 500 scholars from around the globe came to Budapest to search together for frameworks in economic thinking that help us understand the big picture, at the first-ever plenary of the Young Scholars Initiative (YSI), held at CEU October 19-22. YSI was created under the rubric of the Institute for New Economic Thinking (INET), which was founded by George Soros and colleagues in 2009. Soros is also the founder and honorary chairman of CEU.

The event title, “Piecing Together a Paradigm”, suggests that many of the approaches that have been developed and revived in recent years still fail to provide more than a crude and primitive picture of the global economic system. That fits with the mission of INET, to broaden economic thinking in response to the failure of conventional macroeconomic models revealed by the 2008 financial crisis. 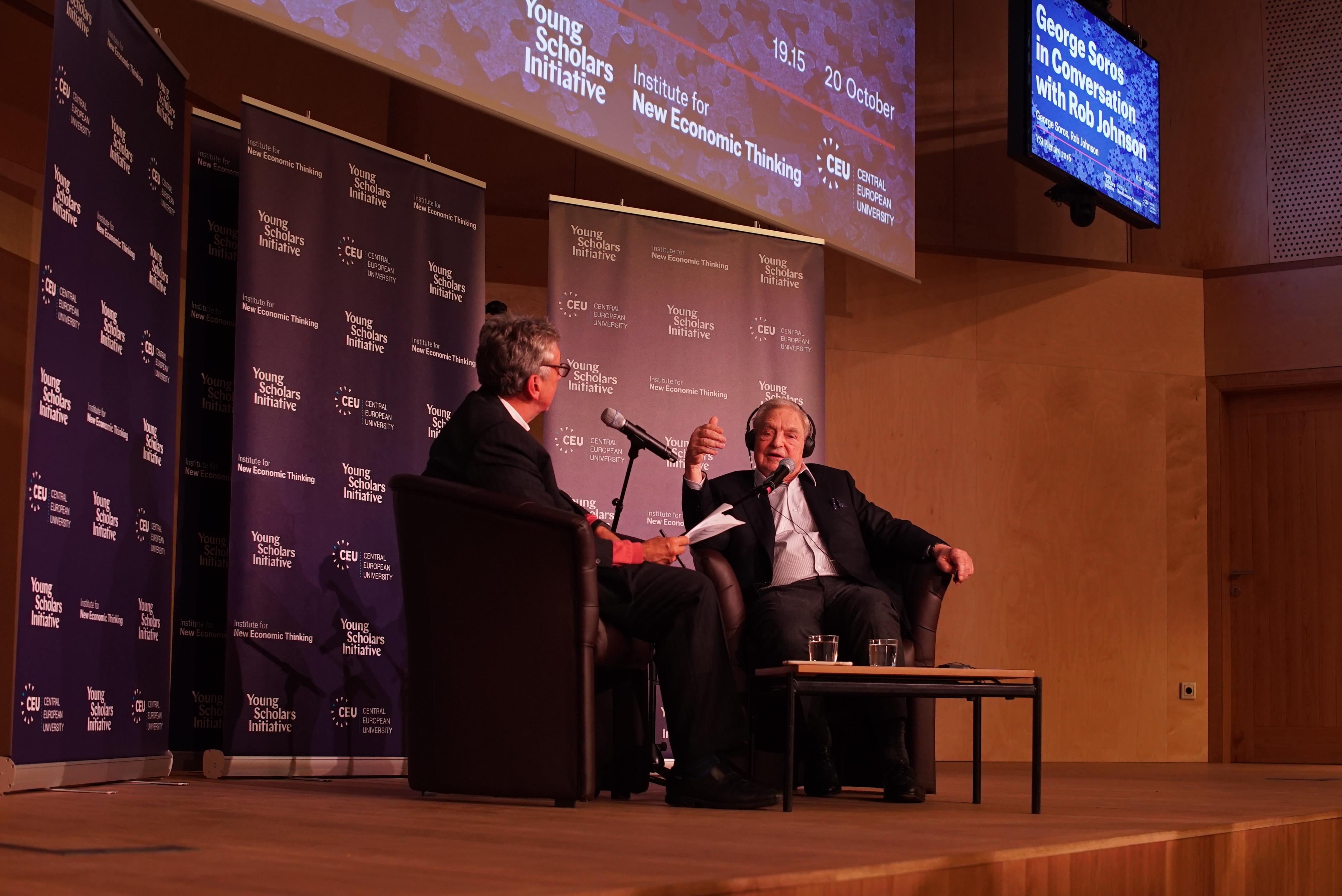 “In social science, which has thinking participants who are fallible, their understanding is inherently imperfect, and you don’t have facts as an independent criterion because the facts themselves are theory-laden,” Soros said in a conversation with INET President Rob Johnson attended by the plenary participants. “Reality can be changed by people who are participating because their actions can change the course of events. You have a cognitive function trying to understand reality and a manipulative function that is trying to change reality, and those two are in contradiction with each other and interfere with each other. That interference plays out through reflexivity. That’s the structure I came up with and that’s fundamentally different from the approach of mathematical models that economic theory has developed in the last 50 years.”

Soros went on to outline his concerns about the mismanagement of the migration crisis, the future of open societies in a world where populism, nationalism, and xenophobia are on the rise, and the dim prospects for European unity.

“You have two systemic problems: the European Union and the Eurozone, and the two are interconnected,” Soros said. “Within each country you have political upheaval. You are facing a period of turmoil. The equivalent of panic in financial markets. Things are moving so rapidly you can’t keep up. The ability to cope, to make the right decisions is lost….  The collapse of the Soviet Union I witnessed firsthand. What’s happening now is eerily reminiscent of that period.” 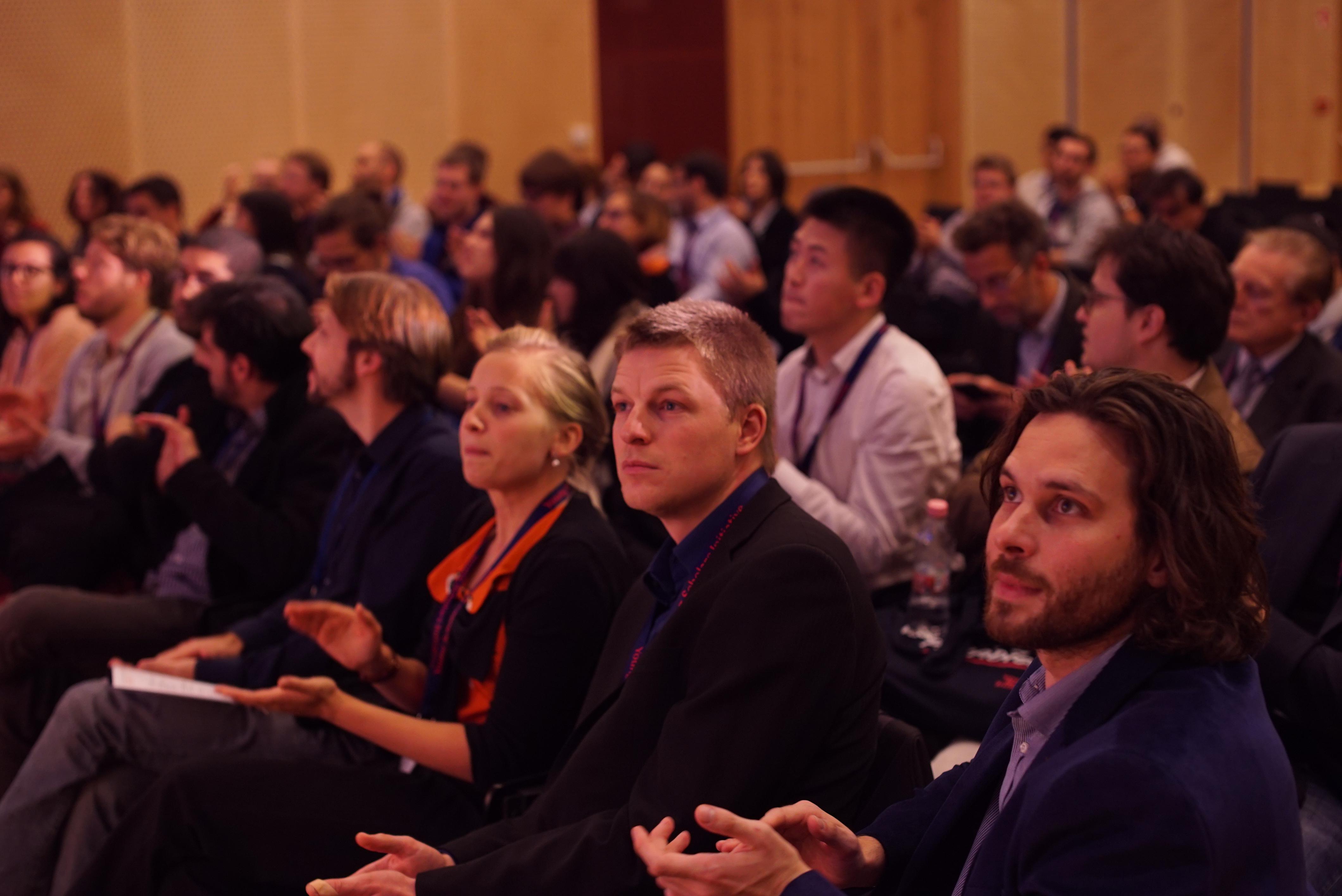 At the Young Scholars Initiative plenary at CEU in October 2016.

YSI was formed at INET’s 2012 conference “Paradigm Lost” in Berlin, and is a network of graduate students supported by the Institute to inspire new discourse on the fundamental challenges facing economic thinking today. The community has since created dozens of graduate student working groups on an array of subjects such as financial stability, history of economic thought, inequality, and development. The groups organize conferences and workshops, cooperate with partners and meet regularly online to discuss their research and to interview guest speakers in a webinar setting.

At the YSI Plenary, each session was organized around a big-picture theme, exploring some of the deep underlying, and still unresolved, tensions in economic theory such as radical uncertainty, money, gender, and ideology. Each of YSI’s established working groups organized meetings in which 213 young scholars presented their work and received mentorship and guidance from 50 top scholars in the respective fields. The working groups also formulated their research agendas for the coming year, and YSI introduced a new digital community platform, as well as a community report to further consolidate the community structures. 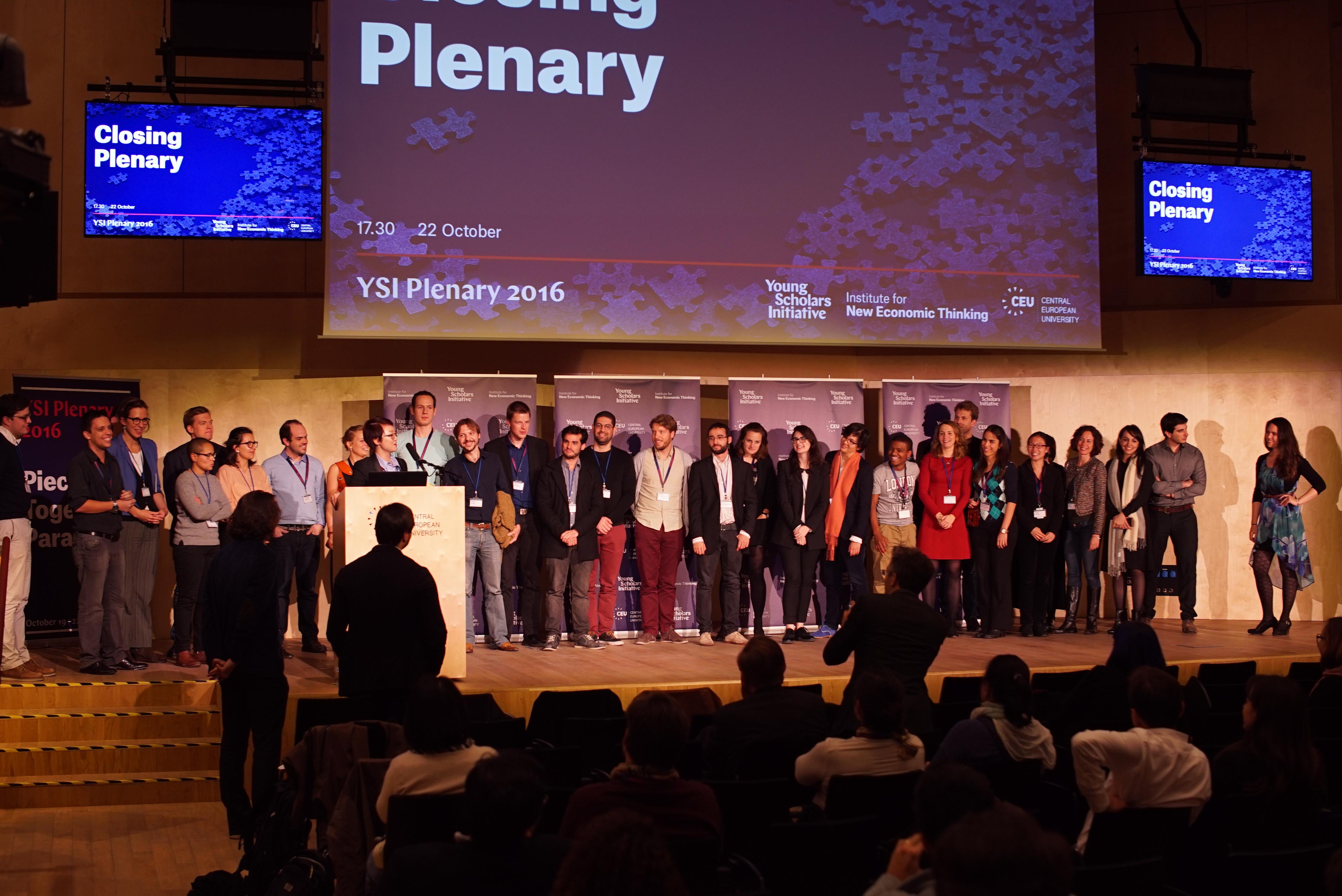 At the Young Scholars Initiative plenary held at CEU in October 2016.