November 2, 2016
News
CEU Planet
The Office of the President and Rector

Best-selling author and member of CEU’s Board of Trustees Marton is “not only a distinguished writer but also part of the team that defends this institution, a very fine friend of CEU with a truly extraordinary story of the 20th century to tell,“ said CEU President and Rector Michael Ignatieff in his opening remarks.

“I really strive to be a storyteller,” Marton said. “History has to be worked into stories to be understood and understanding history has never been more important than today. I hope future Noel Fields think twice before they inhale the promise of quick solutions to complex problems.” 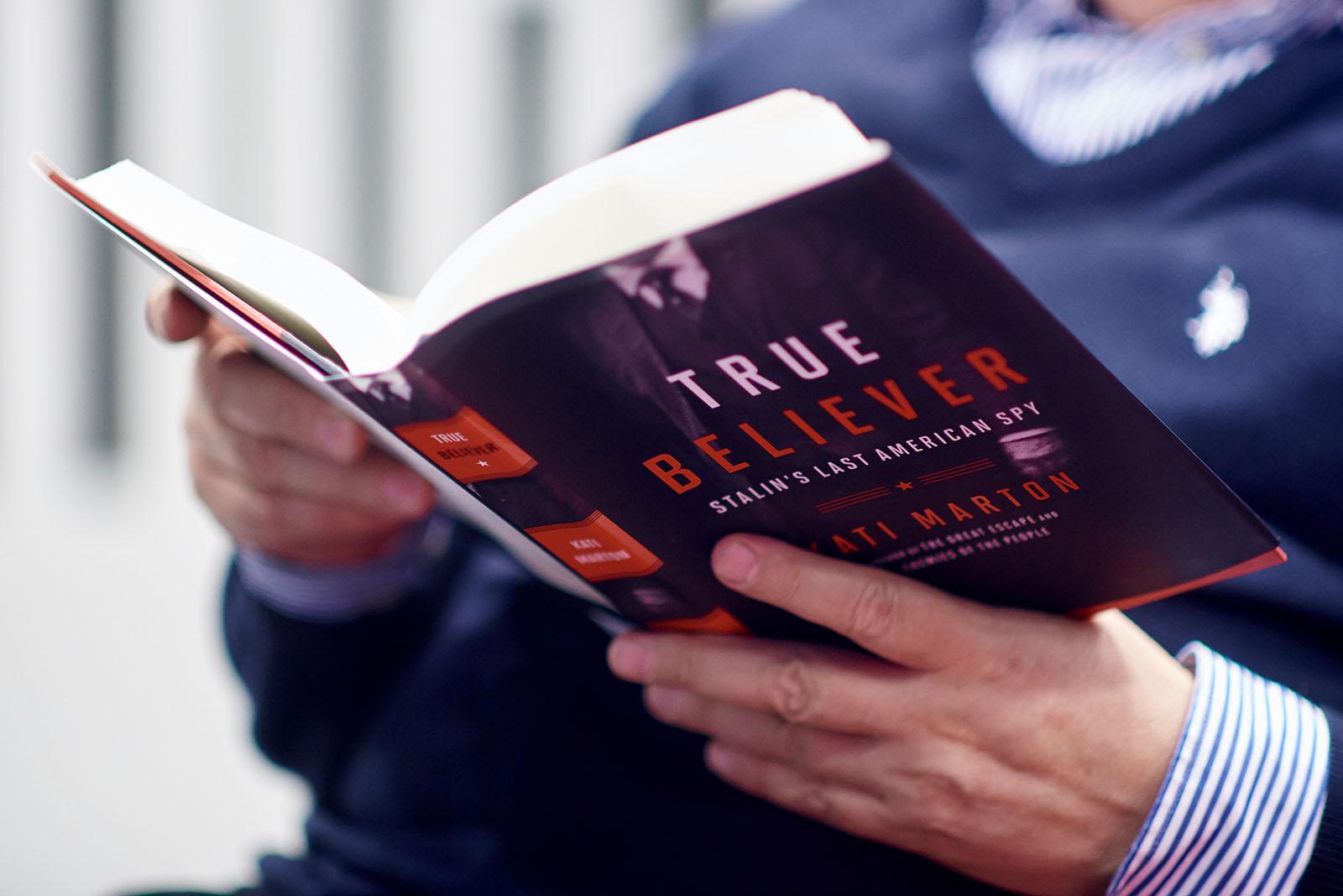 Noel Field, a well-meaning, naive, and privileged American, was surrounded by injustice and racism at the height of the Depression, and he was appalled by his own country’s failure to heal itself, Marton explained. He was tapped as someone with a bright future ahead of him by Moscow, and he was open to seduction. Marxism-Leninism became his governing faith, and he became a Soviet spy. Then, a pawn in Stalin’s sinister master strategy, he was kidnapped and tortured by the KGB and forced to testify against his own Communist comrades. He ended his days behind the Iron Curtain in Budapest, diminished, but without regret for his role in abetting a murderous dictatorship.

“The story of this book is personal to both of us,” said architect and production designer Laszlo Rajk, Jr., whose father was the first victim of the “true believer” Noel Field. Laszlo Rajk, Sr. was a Hungarian Communist politician, Minister of Interior between 1946-48 and Minister of Foreign Affairs 1948-49, who fell victim to party leader Matyas Rakosi's show trials and was executed in 1949. “Field was a key witness in my father’s trial, now Kati plays key witness in his trial.” Marton’s parents, Hungarian-born journalists who covered the Rajk trial for United Press International (UPI), conducted the only interview ever done with Field in 1956, after he was released from prison.

For Field to admit Communism wasn’t the answer would have meant his life was a failure, Marton argues. He defended how Soviets crushed the Hungarian revolution of 1956 but, in 1968 after Soviets put down the Prague Spring, he stopped paying his party membership fee, she added.

It is fitting to host this book launch shortly after commemorations of the 1956 revolution, Ignatieff said in his closing remarks. “We sometimes forget the ugly tyranny that existed, how nice people were deluded. The nobility of spirit and the ugliness of tyranny are both portrayed in this book,” he concluded.