European Union members must strengthen dialogue and reinforce the common values upon which the EU was built, in order to return to a spirit of compromise and common solutions, according to Michael Roth, Minister of State for Europe of the Federal Foreign Office of Germany. Roth was speaking at the conference “Effects of Conditionality and Post-Conditionality on the Quality of Democracy in EU Member States and Beyond,” held Nov. 8 by the CEU Center for European Neighborhood Studies (CENS) and the Friedrich Ebert Foundation (FES). 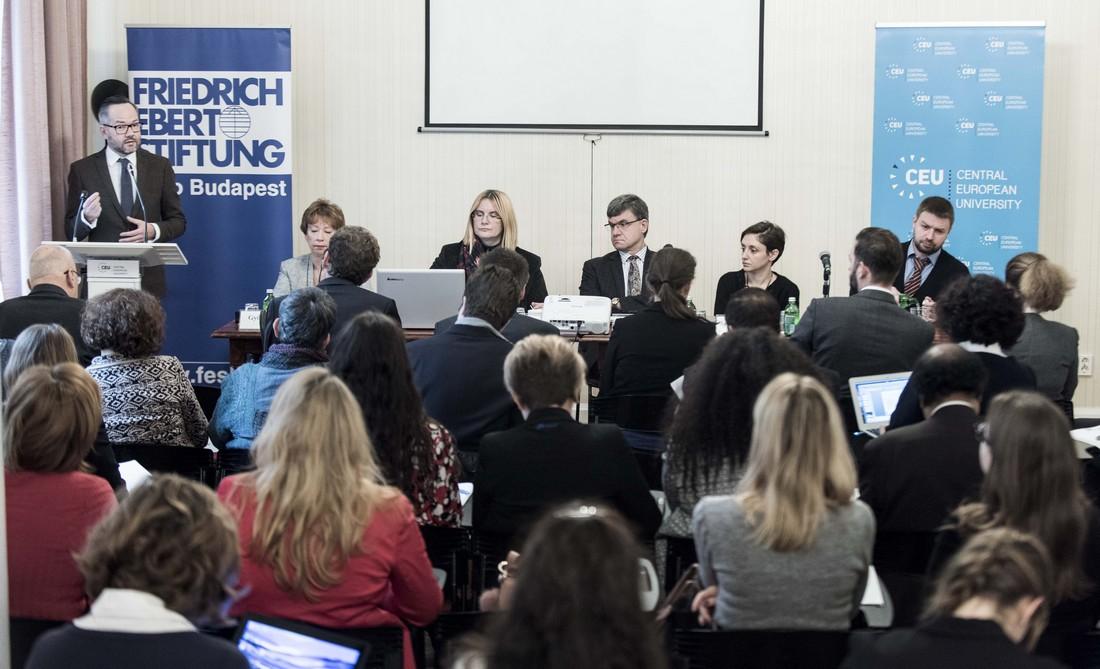 "Europe is more than a free trade zone, it’s a robust political project to the mutual benefit of all,” he said. “It’s first and foremost a union of common values. Not just idle talk. There are factual, concrete and tangible principles that are enshrined in treaties which we have an obligation to respect. Nevertheless, some of these values are under pressure today.”

Roth said that the key tool to returning to a Europe of honest dialogue and a constructive exchange of views is the annual political dialogue on the rule of law in the Council of Ministers, established in 2014.

“It’s important to strengthen this dialogue and show we take it seriously – it’s the best instrument we have for discussing the rule of law in a non-discriminatory way,” he said. “Without the ability to establish a functioning compromise that is good for all partners within the EU, the EU ideal wouldn’t work. That is my clear expectation from my government – to find a clear, functioning compromise, and my expectation from all members, to establish a joint response in a globalizing world. In all challenges – migration, economy, terrorism…”

Roth warned of the dangers of the current trend to blame the EU, or to redefine history by claiming that EU membership was all about subsidies and trade.

“If national politicians use Brussels as a scapegoat, Brexit happens… we must not fall for populists and their seemingly simple solutions,” he said. “A pluralist democracy means a society able to tolerate contradictions. Dialogue is a strength, not a weakness. Europe is our life insurance in turbulent times of globalization. And rule of law is part of our identity.”

The one-day conference aimed to contrast and compare experiences of different countries – both EU members, as well as current and future candidates in the EU’s direct neighborhood – with respect to political and institutional changes and challenges occurring as a consequence of EU conditionality. 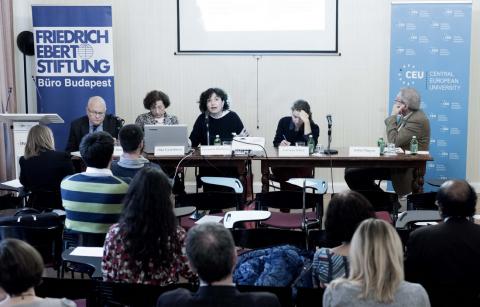 Roth’s keynote was followed by a panel entitled “Evaluating pre-accession conditionality: Path-dependency, effectiveness and the importance of context.” Speakers included Natasa Besirevic of the Faculty of Political Science, University of Zagreb, Vladimir Petrovic of the Department of History, CEU, Georgi Dimitrov of the University of Sofia, Hana Semanic of the Center for European Neighborhood Studies, CEU, and Selin Turkes-Kilic of Yeditepe University. Gyorgyi Kocsis of the Hungarian Europe Society chaired the panel.

The second panel addressed the topic “Effects of (the lack of) post-accession conditionality on the quality of democracy in Central and Eastern Europe.” Speakers included Antoaneta Dimitrova of Leiden University, Luciana Ghica of the University of Bucharest, Balint Magyar, Zsuzsanna Vegh and Bogdan Radu of the Center for European Neighborhood Studies, CEU and Olga Gyarfasova of Comenius University.

The conference was part of a series of events launched in 2015, when the Center for European Neighborhood Studies organized its first international workshop dedicated to the challenges and consequences of conditionality in EU enlargement and neighborhood relations.