Associate Professor Prem Kumar Rajaram of the Department of Sociology and Social Anthropology, as well as alumni Aleksander Tarkowski, who graduated from that department in 2007, and Marek Antos, who graduated from the Department of Legal Studies in 2013, have been named to the NewEurope100 list of changemakers in Central and Eastern Europe for their innovative contributions in society and politics.

NewEurope100 is a list compiled by the Financial Times, Google, Visegrad Fund and Res Publica of “central and eastern Europe’s brightest and best people — plus the organizations who are changing the region’s societies, politics or business environments and displaying innovation, entrepreneurialism and fresh approaches to prevailing problems.”

Rajaram was cited for his leadership of the CEU Open Learning Initiative (OLIve) program offering courses for refugees in Hungary including academic tutoring, academic discussion seminars and academic skills, career consultations, English courses, and IT. The initiative is now expanding from the weekend program to OLIve-UP, the University Preparatory Program, an intensive, full-time, fully-funded course of study for students with refugee status with the goal of preparing students for higher education study. Rajaram’s work on higher education for Roma was also mentioned – he is academic director of CEU's Roma Graduate Preparation Program (RGPP), which served as a model for the OLIve program.

Tarkowski was cited for promoting flexible copyright models. A sociologist, copyright reform advocate and researcher of digital society, Tarkowski is director of Centrum Cyfrowe, a think-and-do-tank building a digital civic society in Poland. He is also public lead of Creative Commons Poland, the Polish branch of the global organization promoting knowledge-sharing via free copyright licences.

Antos, the founder of Internet Info, was cited for successfully mixing business with academia. Internet Info is one of the first Czech online publishing houses, founded in 1998, and he continued to develop his flexible copyright models, for which he also works as a European Policy Fellow. 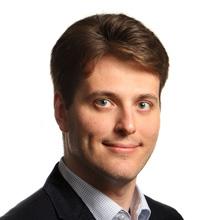 In addition to running businesses, Antos is also vice-chairman of the .cz national domain registry and teaches and publishes in the field of constitutional law at Charles University in Prague.

The NewEurope100 list includes people with creative solutions in the area of society and politics, business, and media and culture.

“We want to tell a story of inspiring, creative and socially engaged innovators from Central and Eastern Europe,” said Wojciech Przybylski, president of the Res Publica foundation, initiator of the project, in a press release. “Our region can be proud of developers, business owners, scientists and cultural managers, who are now the driving force behind the innovation for the future.”