History Must Be Brought Back into Migration Debate in Europe, Conference Participants Say

Europe’s long history of migration, which has been altered or forgotten during the current refugee crisis, must be brought back into the debate, according to participants in the conference “Migration and Refugees Today: Giving History Its Place in Debates and Research,” held Nov. 14 at CEU in Budapest by the Institut français des relations internationales (IFRI), Eotvos Lorand University (ELTE), the University of Amsterdam, and CEU.

“History defines the political traditions, which in turn define the traditions of reception of migrants and refugees in every country,” said CEU President and Rector Michael Ignatieff in his opening remarks, calling migration a “personal subject” since his family were refugees from what later became the Soviet Union, in the 1918-1921 period. Ignatieff is also a historian and writer. “We forget how disruptive the refugee experience was. Berlin was flooded with refugees who did not speak German. It was also a period of extraordinary policy innovation.”

The conference is the concluding event of a three-year project investigating these issues, Christophe Bertossi of the IFRI said. Migration history is much more prominent in so-called settler’s societies such as the U.S. and Australia. But judging from the U.S. election results, “more awareness (of migration history) is not enough” to create and sustain a more tolerant society, he said.

History tends to “disappear” from the debate today in three ways, according to Jan Willem Duyvendak, professor at the University of Amsterdam. First, the past is absent because it is unknown. Second, developments are put in a quasi-historical perspective, claiming that countries have always had a certain policy and cannot change. Third, migrants are encouraged to leave their own history behind. 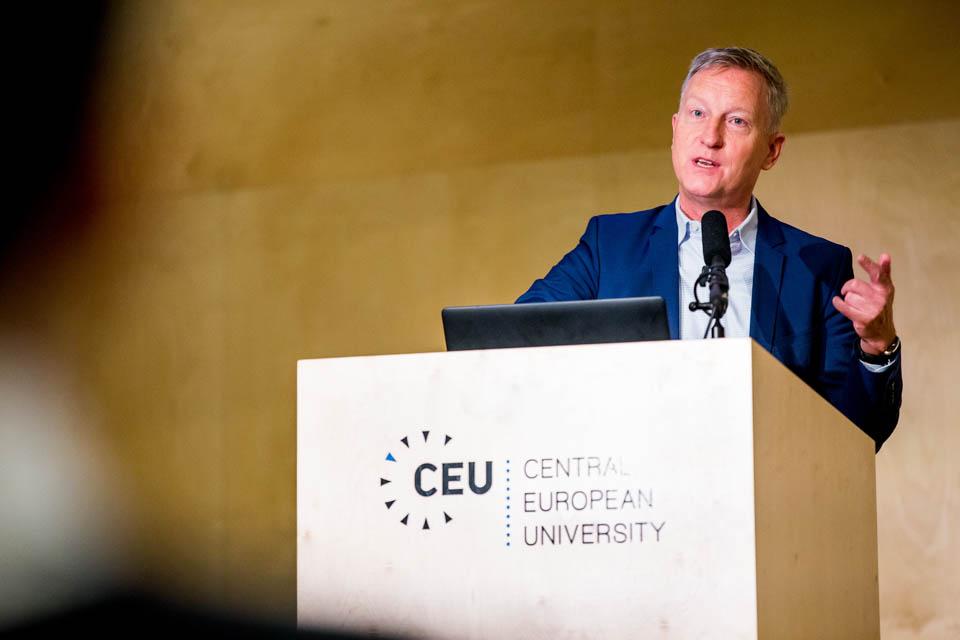 The Netherlands sees itself as a progressive country, backed by the idea of continuity of liberalism since the 17th century, which is simply untrue, Duyvendak said in his presentation of the Dutch case. This “essentialized history of continuity” means that natives define history and decide what migrants have to learn from it.

The Dutch are progressive, but tolerance is not part of the package.

There is a contradiction between the discussion of the past and the politics of migration, Bertossi said in his presentation. The past is an issue of power relations and electoral competition and is also a boundary between insiders and outsiders. Before the mid-1980s, immigration’s role in French national history was largely ignored. The rediscovery of France as an “old immigration country” led not only to the glorification of the French republican past, but also to the framing of Muslim migrants in the republican universal tradition. Muslims were identified as not worthy, as problematic to French traditions - a new boundary was created around the “outsiders”.

The political powers in Hungary are able to use historical narratives when it’s in their interest and switch them off when not, said Tibor Dessewffy, associate professor, and Zsofia Nagy, assistant lecturer, at Eotvos Lorand University. Migration has been dehistoricized differently in Central and Eastern Europe than in Western Europe, they said. Here, the resurrection of history, the memory wars, and the invention of tradition started after the democratic transition. Social memory is manipulated by the personalized transformation of the structure of the public sphere, the power switches of history with no backlash whatsoever, and the political construction of fear.

“To speak of Britain’s ‘migration history’ is to speak of something that does not exist,” said Malachi McIntosh, who heads the Our Migration Story project of the Runnymede Trust. The project aims to renew pedagogy in order to tell the entire history of migration in the British Isles. Anything that contradicts perceived “British values,” the imagined national traits of tolerance, free speech, and the rule of law, is not part of the public discourse, and are not taught in schools, he said.

Our national imaginings clash with our past.

The conference continued with the panel “Migration in Europe: Whose Memory?” chaired by Professor Andrea Peto of the Department of Gender Studies at CEU. Panelists explored Turkish refugees fleeing to Greece during the Asia Minor War (1919–22), the problematic figure of Black Pete in the Netherlands, and how genocides are memorialized. 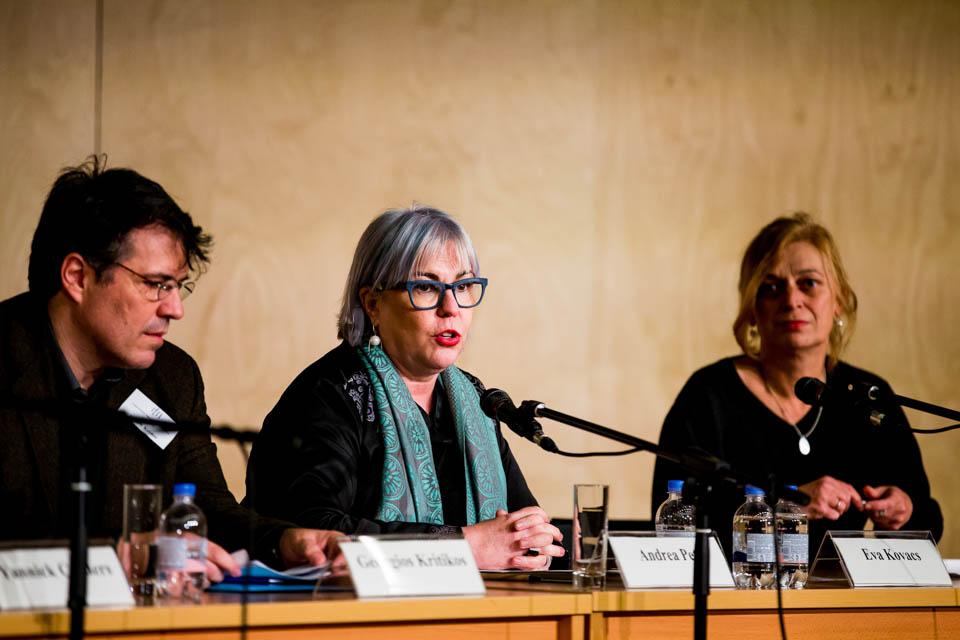 “In the [Greek] history books, there are only one or two page references in history textbooks about the Asia Minor War,” said Georgios Kritikos of Harokopio University. There were 1.3 million refugees at the time, called Greek-Orthodox refugees from Asia Minor, according to the Lausanne Treaty.  “It wasn’t until the 1990s that information on the settlement of refugees was included. These people were poor and Greeks said they occupied all spaces in Athens in their tents. There was a lot of resentment from Greeks.”

Kritikos is reviewing records from an Athens asylum where, between 1922-1926, 80 percent of the patients were refugees. He cited a record of a 41-year-old woman who attempted suicide twice. She said her landlord was extorting her, saying he would tell her children she was having an affair if she didn’t pay him more money. One Greek asylum patient was committed by his family because he spent all of his time and money trying to help refugees.

“It is important to search for those memories that unite us in the present-day European society,” Kritikos said. “Memories that show how selective our history is. Memories that create empathy for modern refugees through the experience of past refugee flows. This might produce a European society from ‘below’ – not based on blood, but empathy and human rights.” He noted how, today, in many areas in Greece, people are acknowledging their own history as refugees and taking care of those coming across the Aegean seeking safety. 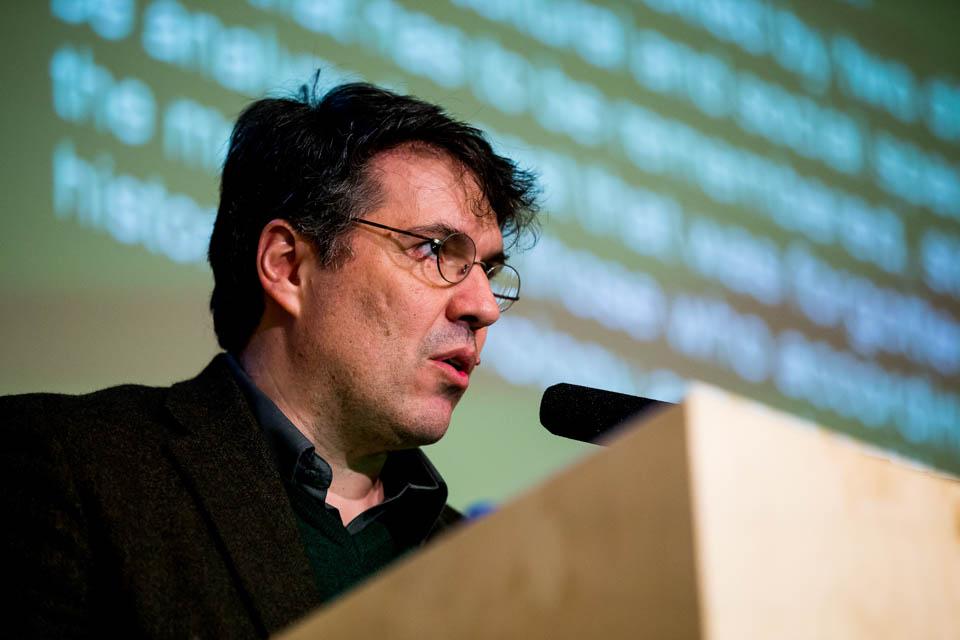 Another issue steeped in history and controversy is the figure of Black Pete, the fictional “Santa’s helper” characters celebrated in the Netherlands. Graduate student Yannick Coeders of the University of Amsterdam chronicled the history of the character, first introduced in an 1850 book. The character was inspired, Coeders said, by paintings of wealthy 17th-century people served by black slaves as well as degrading, blackface depictions of Africans in American minstrel shows. Initially, Black Pete was portrayed as a dim-witted person in black face with big lips but his role has changed from that to a joyful, athletic rascal.

In 2011, two artists launched a campaign called “Black Pete is Racist.” Opponents were vocal, asking why people were only protesting the character in the 21st century and insisting it was only for attention. However, Coeders shared examples of people criticizing the use of Black Pete in Dutch media that date back to the 1930s. He also talked about how the problematic figure has been portrayed throughout the years on the annual television show aimed at Dutch children that precedes the December holidays. In 2014, the writers decided the storyline would involved Grandpa Pete, the oldest of the Black Petes who was no longer able to shimmy up and down chimneys to deliver gifts to children. Instead, Grandpa Pete accompanied Santa Claus dressed in the same fine robes and riding alongside him on a white horse, while Santa rode on a black horse. Coeders said the show’s writer proclaimed that Grandpa Pete was “like Bishop Desmond Tutu” and now equal to Santa Claus. 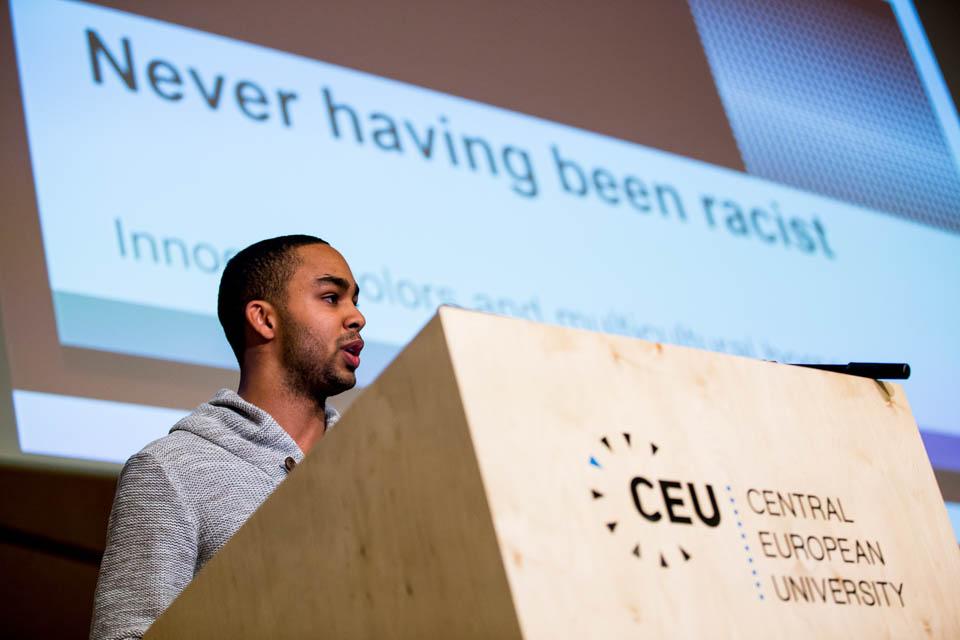 “Colonialism tends to be forgotten and has to be separated in order for a nation to be ‘innocent,’” Coeders said. “This is what Dutch pragmatism looks like – trying to find a middle ground – but it demonstrates the failure of Dutch pragmatism by trying to change the character. I'm wondering if nation-state, narrative-making can ever be done in a way that incorporates an unhappy story. If it does, then it is a story of the past: we reconciled and now it's all good and we shouldn't talk about racial issues anymore. It's been a puzzle for me for the last few years.”

Just as nations want to distance themselves from their colonialist legacies, it is often the same with the history of genocide, noted Eva Kovacs, of the Centre for Social Sciences at the Hungarian Academy of Sciences.

“20th-century European history is filled with genocide,” she said. “At the same time, the legal memory shows that since genocide is committed by states. Its place in national memories remains problematic and not completely revealed. Remembering is a work in progress and I'm afraid that it will take a long time before all European tragedies will be recognized and acknowledged.”

Kovacs has also researched how survivors and family members of the deceased in Rwanda and Srebrenica have memorialized the genocides in their respective communities. At Ntarama Church, outside the Rwandan capital of Kigalia, there is a memorial to the 5,000 people who were murdered there. Human remains are on display and the clothing and personal effects of the deceased hang from the rafters. In Srebrenica, Bosnia Herzegovina, forensic archeology is playing a big part in the ongoing discovery of mass graves and subsequent recovery and identification of bodies. “So this is not a symbolic act; it is a real burial,” Kovacs said. “The families in Srebrenica come and mourn. These killing sites are uncomfortable for Europeans, although geographically close to us.”

She also spoke about how politics plays into collective memory and noted that the suffering of Eastern European people under Communism is not publicly memorialized. 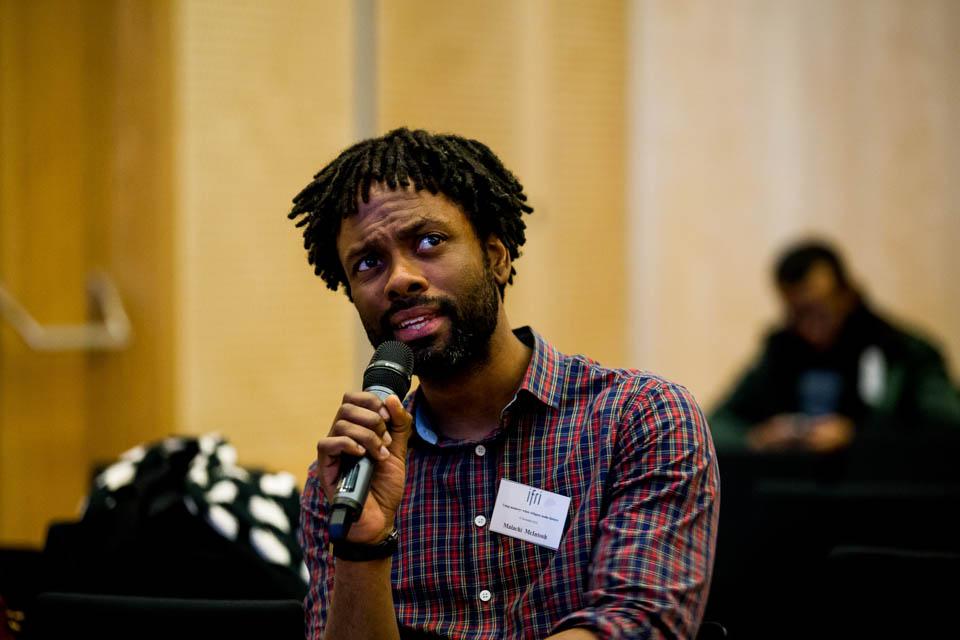 “We don't have any real monument of the suffering of Eastern Europeans under Communism,” Kovacs said. “This is one side of the coin. On the other side, it is the responsibility of historians to monitor how politicians use and abuse memory practice.”

Populist discourse today uses the language of “home” to exclude those considered foreign, contributing to the growth of nativism, which favors native born, established citizens to immigrants, but does not differentiate based on color, according to Duyvendak, who gave the keynote address of the conference in the evening.

“Globalization doesn’t make countries celebrate diversity, it makes them long for homogeneity and cohesion. Populist politicians in the west recognized this and started using the language of home, referring to nations as homes, or families where we either tolerate or not tolerate difference,” said Jan Willem Duyvendak in his keynote speech.

There is an optimistic view that with the rise of nativism, at least racism is on the retreat. Data and experience does not corroborate that, and I think these two are interlinked.

A new “progressive intolerance” is on the rise, which criticizes Muslims on the basis of modern gender relations and LGBT rights, Duyvendak said. According to these views, immigrants should embrace these progressive values, or leave. “Even Marine Le Pen is moving towards this direction, reasoning that my enemy’s enemy is my friend, expecting that gays and lesbians will turn towards her, because of their fear of Muslims’ presumed intolerance,” Duyvendak said. U.S President-elect Donald Trump also followed this logic in his campaign, stating that he will put questions on LGBT rights in the proposed citizenship exams, expecting that Muslims “will take the bait”.

“Recent events have proven that many of us researchers were wrong, and we underestimated anti-Muslim sentiments in the US and racism in Europe,” concluded Duyvendak.