“At a time when borders are going up, I’m delighted that the PSA is reaching out and acknowledging international work in human rights and democracy,” said Ignatieff upon receiving award.

The Award was presented by the Speaker of the House of Commons, John Bercow, who said: “Ignatieff’s work highlights the importance of understanding human rights within an international context. His contribution in this respect make him an extremely worthy recipient of the PSA’s International Recognition Award.”

The International Recognition Award “is in light of Ignatieff’s sustained and significant contribution as both a scholar and a leading public intellectual.” The PSA judging panel added: “Not only has he been a leading figure in the study and public understanding of politics, democracy, human rights and governance for several decades but Ignatieff has also ‘stepped into the political arena’ himself as an active politician in the combative world of Canadian politics”. 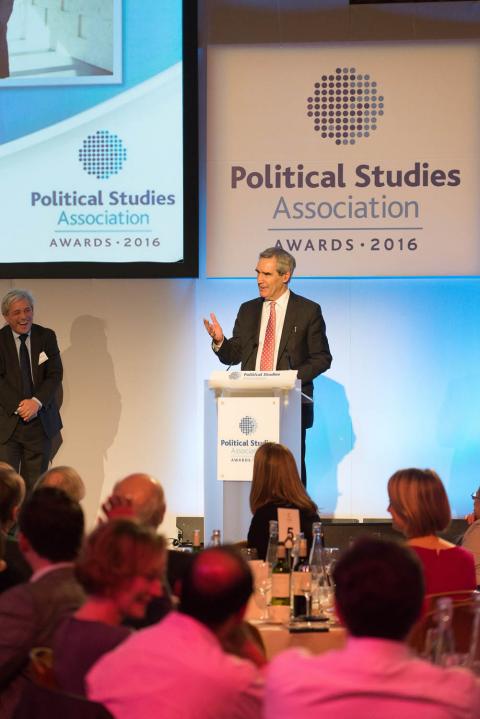 Ignatieff’s memoirs, Fire and Ashes, offer a penetrating and accessible look into the nature of modern politics, and the transition from political study to political life. With scholars increasingly encouraged to trespass across professional and intellectual boundaries, this insight is highly cherished across the political science community.

Other winners include the Mayor of London, Sadiq Khan (Politician of the Year), Grayson Perry (Contribution to the Arts and Culture), Gordon Brown (Lifetime Achievement in Politics) and Ruth Davidson (Best Use of Social Media).