If countries keep their pledges set in the Paris Agreement, there is a realistic chance of halting the growth of carbon dioxide emissions, however, it won’t be nearly sufficient to prevent dangerous climate change according to Laszlo Varro, chief economist of the International Energy Agency, who presented the results of World Energy Outlook 2016 at CEU on December 5.

“After the Paris Agreement, I was struck how widespread the ‘mission accomplished’ attitude became,” Varro said. “It is a very dangerous complacency, because we have a tough road ahead.” If all promises are kept, a stagnating, slightly increasing emission pattern is viable, and the rapid increase of carbon dioxide emissions can be stopped, he said.

Reasonable people can put together a model for stagnation, but unfortunately there is a huge difference between stagnating emissions and a stabilized climate. Stabilized emission means that you are driving towards the cliff at full speed and you take your foot off the accelerator. That’s a smart idea. But you are not yet braking,” said Varro.

Limiting the rise of global temperature levels to 2°C while maintaining a consumer capitalist society is possible “if we play our cards smartly”, Varro said, but since the system is not linear, achieving the much safer 1.5 °C level would require policies that are “way out of present societies’ comfort zones”.

These are public policy issues that are studied from a variety of disciplinary perspectives at CEU, according to President and Rector Michael Ignatieff.

“Energy is too important to be left to energy economists, natural scientists, and engineers,” Ignatieff said. “It absolutely requires the involvement of public policy schools and social science research, the kinds that CEU specializes in.” As CEU’s new campus’ environmental sustainability certification from BREEAM attests, “CEU is part of the solution, not the problem.” 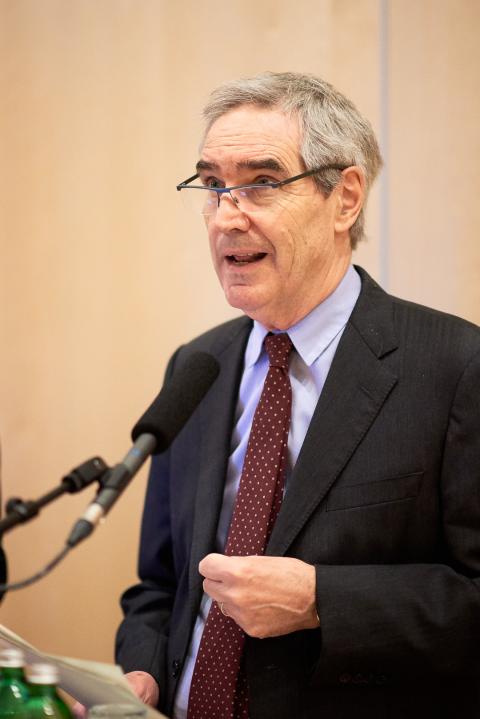 “Energy has become a very fast-moving technology globally,” said Varro. The World Energy Outlook report accounted for gradual technological progress, but did not incorporate disruptive technologies, like nanotechnology-based graphene batteries, which could prove to be real game changers.

“New renewable capacity generates more electricity than the yearly increase in demand in the entire world. That is an important milestone,” said Varro. “We shouldn’t forget though, that 90 percent of renewable investment goes into electricity, while electricity only makes up the third of the global energy system.”

Last year, 42 million new users got access to energy, but there are still 1.2 billion left without access. “Unfortunately, in Africa, population growth is faster than access growth, which is a clear development failure,” Varro said.

“In China, everything but the kitchen sink is thrown on low-carbon technologies,” said Varro. Huge investment is going into nuclear, hydro-, wind and solar power. According to Varro, the driver of change is not energy security as China is practically self-sufficient from coal, but rather the “war on pollution” as communicated by Chinese authorities.

“The big success of the last 25 years was the electrification of the Chinese countryside, but it relied on coal power. If we start electrifying Africa in this fashion, we can start looking for another planet,” said Varro, who added that in Africa the World Energy Outlook researchers see investments going into centralized hydropower plants as well as decentralized solar power.

According to the World Energy Outlook, the United States also has a huge potential in solar and wind-based energy as “the prairies are more windy, while the southeast is more sunny than corresponding parts of Europe”. Sizeable investments coming from outside the energy sector is also a promising trend, with companies like Apple investing more into decarbonization.

“It is a controversial topic, but we do see a nuclear renaissance,” said Varro, who said that it’s unsure whether it is possible to rely solely on renewables to provide electricity. One question is how far the flexibility of the electric grid can be pushed. “The U.K. and the eastern U.S. are already making good progress with smart regulatory systems in their power grids, but we don’t know yet if we will hit a wall at, say, 20 percent elasticity of the grid,” Varro said. 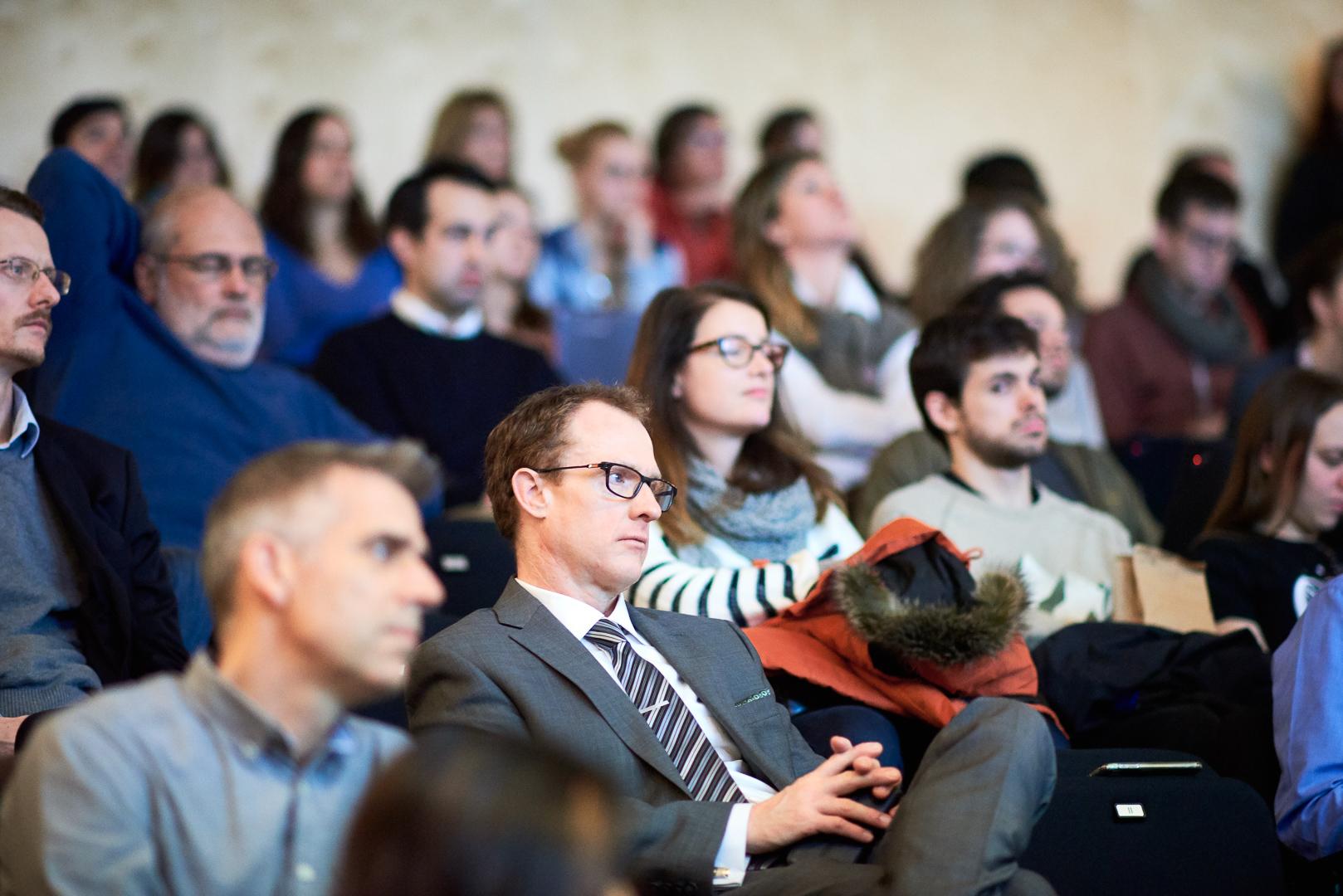 “The other problem is that people hate high-voltage transmission lines, but these are required for transporting electricity generated by renewable technologies. In a democracy, people actually have a right to hate them,” Varro said. Taking these factors into account, the World Energy Outlook concluded that nuclear energy will still have a role to play to provide reliable energy regardless of weather or consumer behavior.

“We still don’t see peak oil, and that is because in the key technologies of globalization: shipping, heavy duty transport, aviation and also plastic manufacturing oil is very difficult to substitute,” Varro said. According to the research, oil demand associated with personal vehicles is going to decline in the next 25 years, even though there will be a billion more cars. “Electric cars and an improvement of efficiency in conventional internal combustion engines will compensate for this growth,” said Varro.

Water is becoming an important constraint in energy, because the growth of energy demand is more and more happening in water-stressed regions, for example the Middle East, and even regions that were not water-stressed may become in the near future. “Global warming is also causing problems in places like France. During a recent extreme heat wave, the cooling capacity of rivers in France became critically low, jeopardizing the whole country’s electricity supply,” Varro said. He is not too optimistic about biofuels, which have “failed to deliver” so far. He also added that using 2 percent of global freshwater consumption to irrigate biofuel plantations “might not be a very smart idea.” 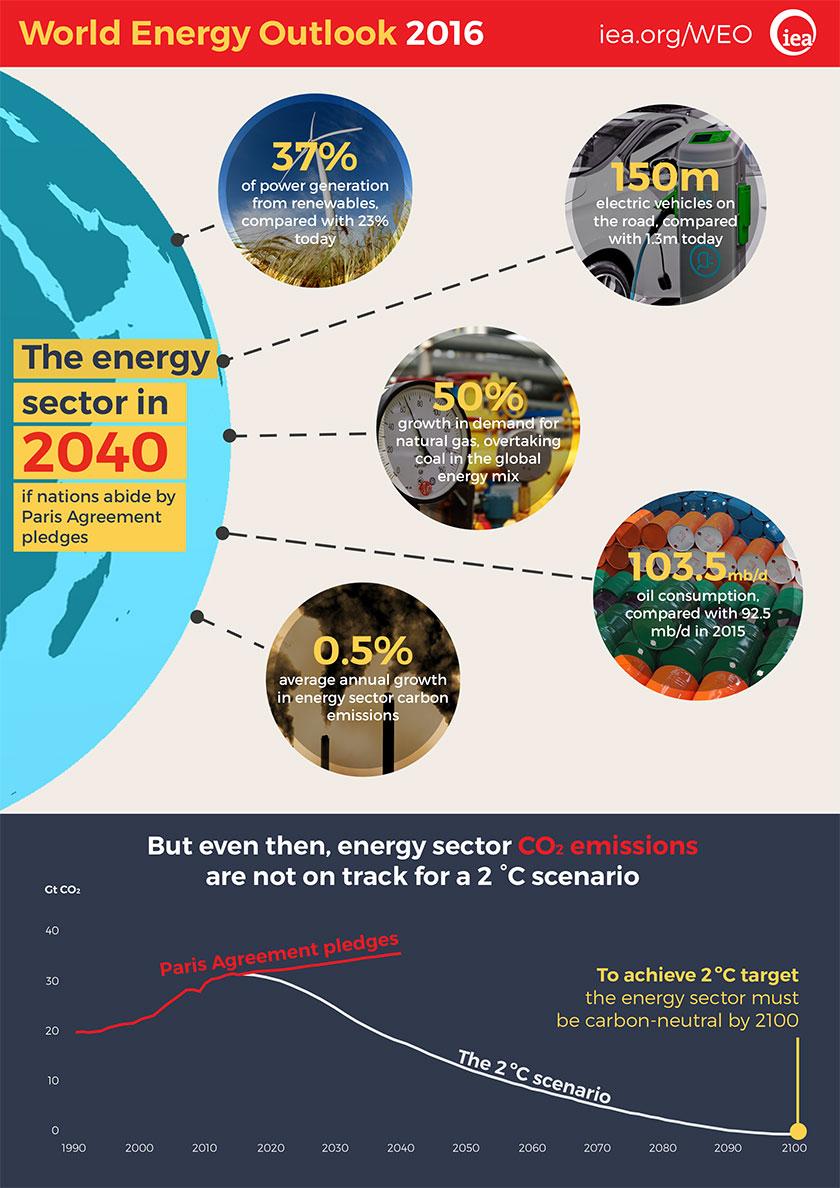