Kathak- the Dance of the Storyteller, at CEU with Saumya Shukla

The CEU community had a refreshing taste of south Asian performing arts when Saumya Shukla, a well-known performer of the Indian classical dance form, Kathak (literally meaning “Story”), performed and also narrated the history, traditions and intricacies of this enchanting form on December 8 in the new CEU auditorium. The event was hosted by CEU's South Asia Research Group (SARG) in collaboration with the Dean of Students Office and the Amrita Sher-Gil Cultural Centre (ASCC), Embassy of India, Hungary. 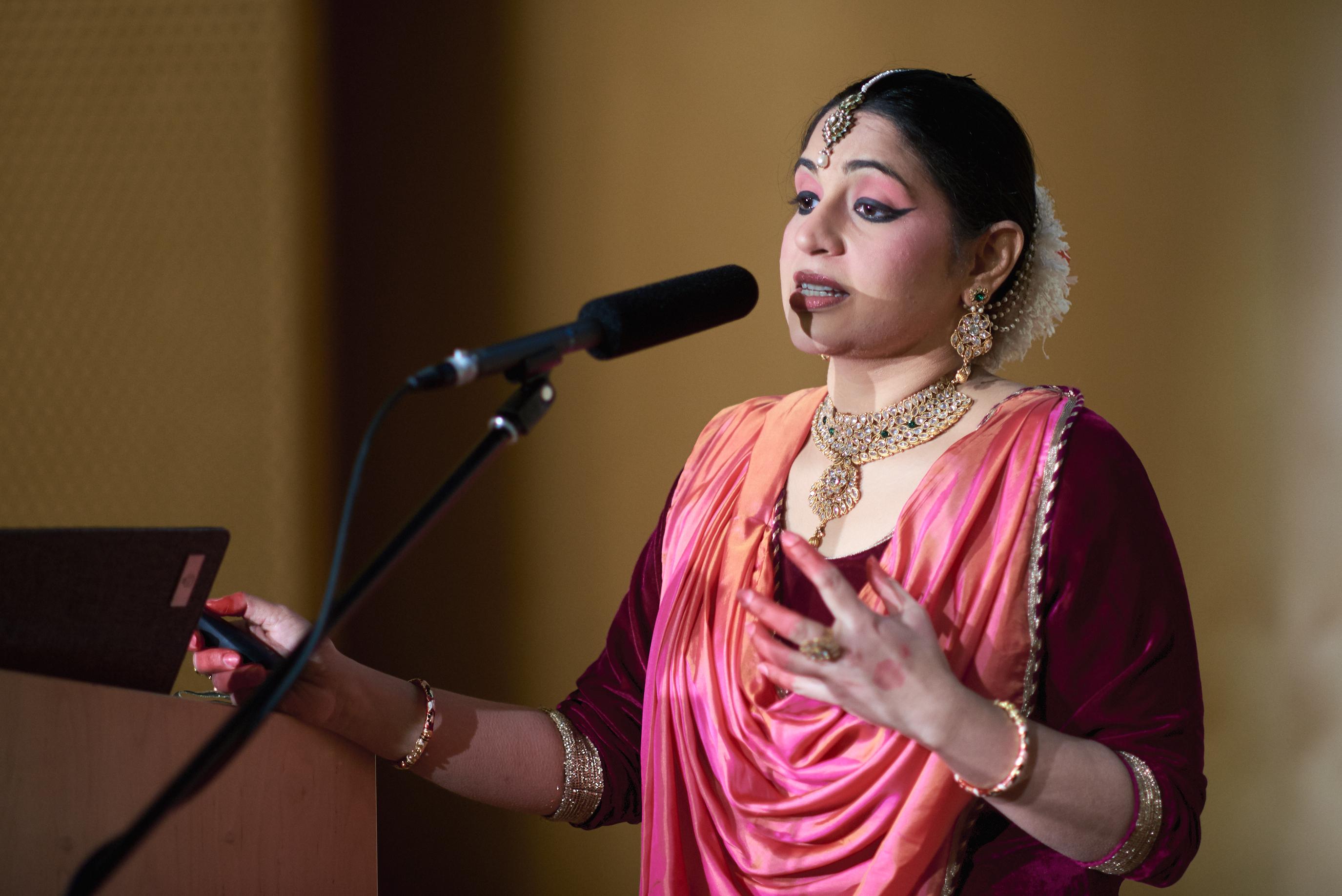 Shukla presented a unique genre - Lecture-cum-Demonstration - in which the performer explains the history and intricacies of a performing art form in order to spread awareness about it. The "Lec-Dem" as a genre was popularized in India in the last three decades for spreading awareness about Indian classical dance and art among the university students in India. 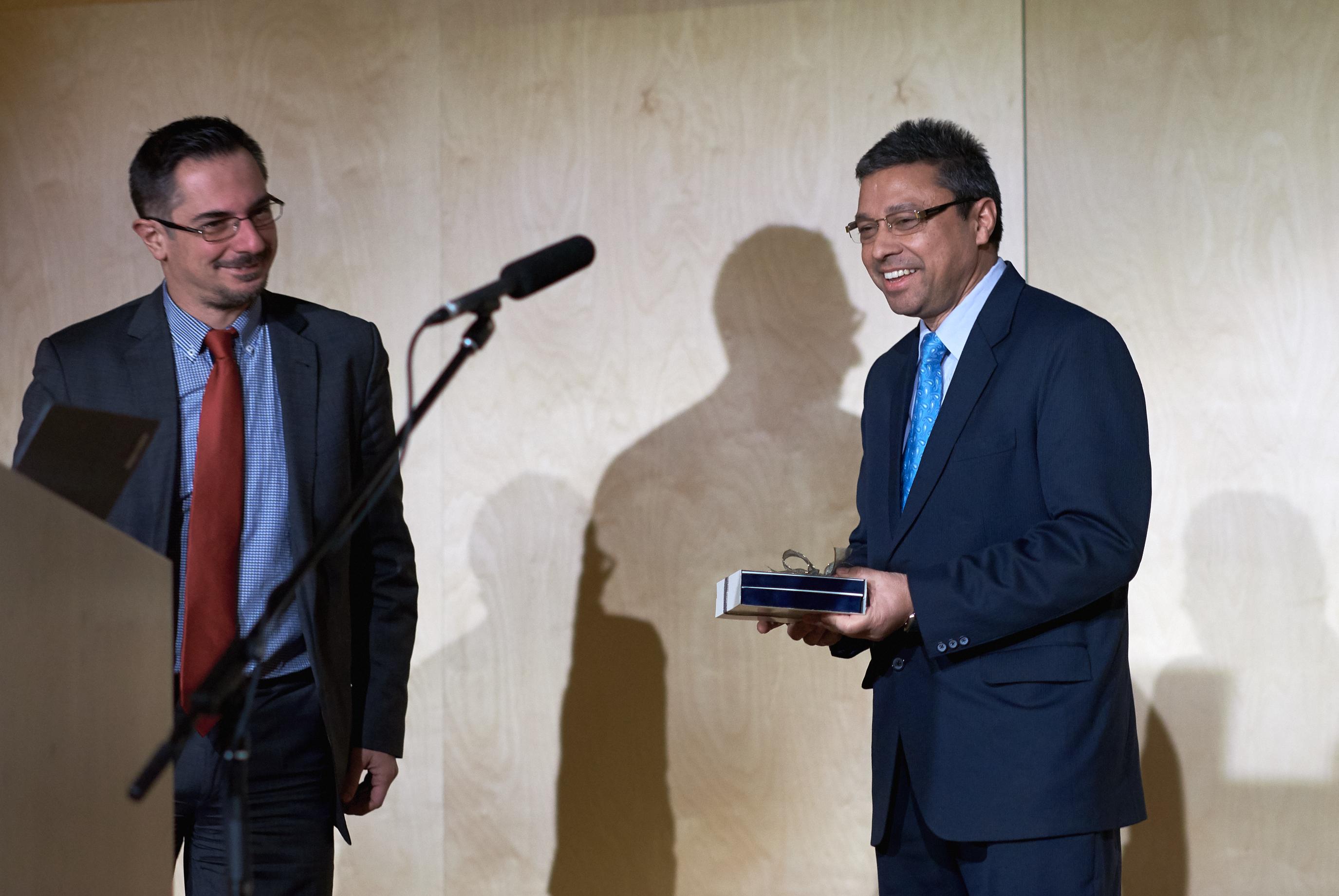 Inaugurating the event, T.P.S.Rawat, Director, ASCC, Embassy of India, informed the CEU community about the activities and programs offered by the Indian cultural center in Budapest. Apart from hosting various cultural events ranging from regular Bollywood film screenings, talks, music and dance events, the cultural center has been offering classes in Kathak to hundreds of students and adults of different age groups in Budapest. Rawat expressed the hope that the ASCC and the Embassy of India in Hungary could collaborate with CEU and SARG in organizing and co-hosting cultural programs and art events in future.The mission of the cultural center is to popularize Indian art and performing traditions across Hungary and the world and CEU would be a very good platform for this endeavor, he said. 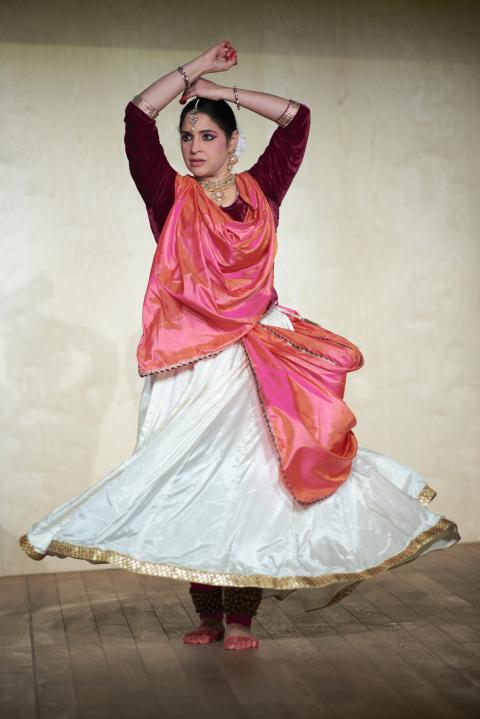 Shukla presented the history of Kathak dance with the aid of slides and visuals. The dance form literally means "story-telling," and the origins of the dance can be traced to itinerant story-tellers from medieval India, she said. She also dwelt in detail on the symbolism of the Nataraja-dancing shiva- statue and thus elaborated the origins of dance in Indian traditions. She also explained the meanings and significations of hand gestures, the underlying philosophy of performance in Kathak. Her presentation was illustrated by short pieces of performance demonstrating the theory. Shukla put questions to the audience, and thus making the event interactive.