Al-Azmeh on his Forthcoming Book on the History of Freethinking

Rather than a history of free thought, Al-Azmeh's book examines freethinking as an activity. He reminded the audience that sophisticated atheism is but one extreme on the continuum of freethinking with regard to religion, not identical with it. As previous scholarship tends to overlook non-explicit forms of religious dissidence and atheism, Al-Azmeh emphasizes that both can be manifested in subtle rhetoric techniques and in literary forms, social milieus and modes of conduct.

Al-Azmeh elaborated on the three historic moments important to his narrative on the history of freethinking. Such moments produce a critical and self-reproducing mass of modes, motifs and milieu pertaining to the development of freethinking, during which a fairly stable repertoire was circulated. These key moments were Late Antiquity, Abbasid Baghdad and early modern Europe. Inter-religious disputes and polemics as well as rationalism provided the necessary materials for freethinking to develop into the elaborate and sophisticated activity that it was, and that was transmitted between these three moments, almost imperceptibly, through filaments of conduction. 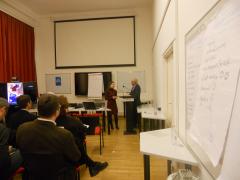 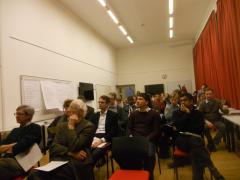 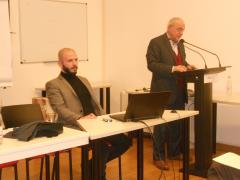