In the current phase of capitalism, debtor-creditor tension has created conditions conducive to democratic backsliding and populism, according to Dorothee Bohle, Chair in Social and Political Change at the Department of Political and Social Sciences at the European University Institute, speaking Jan. 26 as part of CEU's Re-thinking Open Society project. Bohle was a member of the faculty at CEU for almost 16 years, and remains with CEU as a member of research team working on an EU-funded comparative politics project. 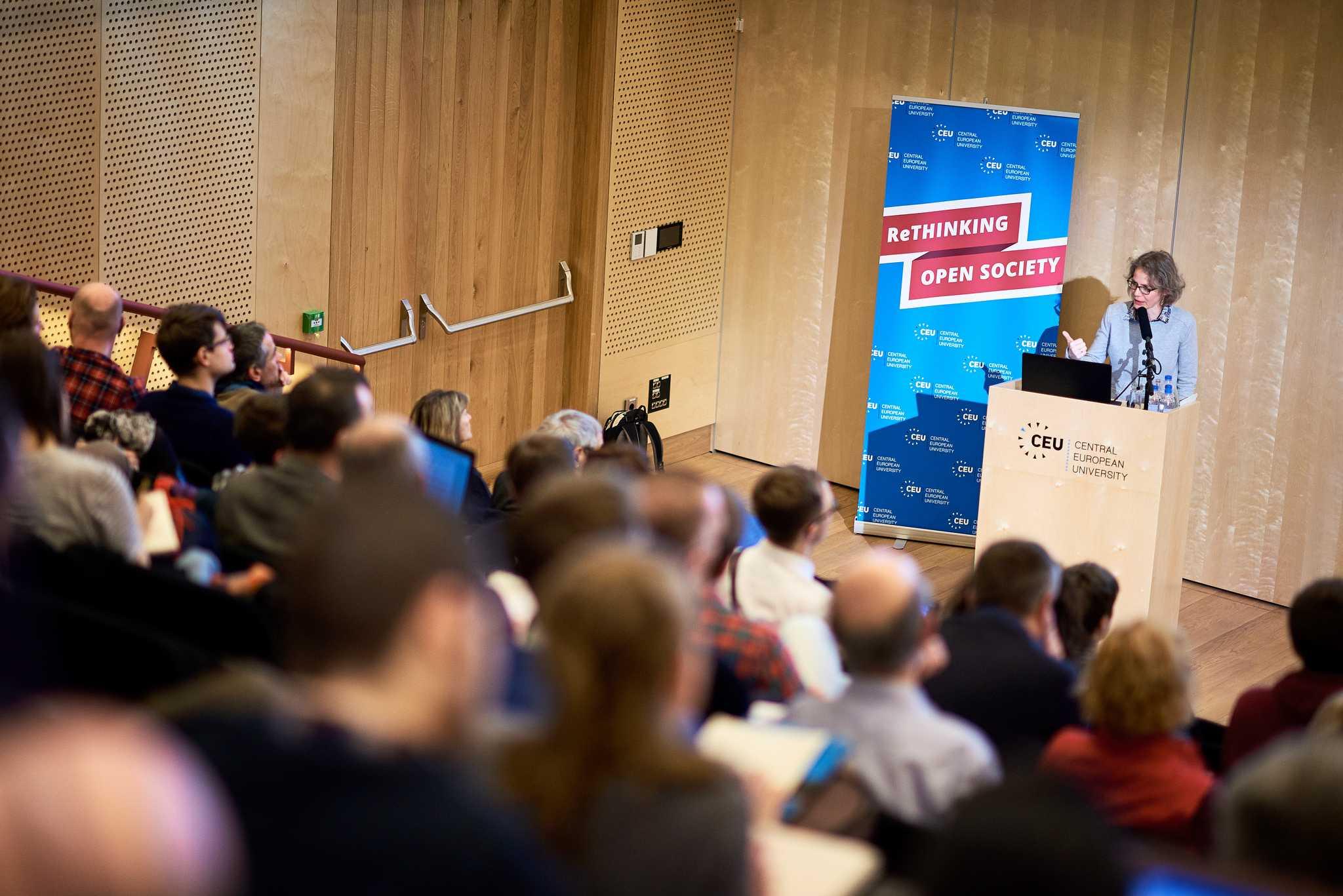 Capitalism and democracy are essentially in conflict, but from the end of WWII until the financial crisis of 2008, we enjoyed an extensive period in which direct conflict between the two were avoided using a variety of mechanisms, Bohle said, drawing on the book "Buying Time: The Delayed Crisis of Democratic Capitalism" by Wolfgang Streeck (Versobooks 2014) for her arguments. These mechanisms have largely been exhausted, affecting the debtor-creditor relationship in such a way that the conflict between capitalism and democracy is becoming more apparent, she said.

"The current phase of capitalist development, which is a debt crisis, has transformed the social relations in capitalism between debtors and creditors, and it is this type of relation that is conducive to democratic backsliding and populist revolts," Bohle said.

When tension between capitalism and democracy arose in the 1970s, characterized by a conflict between capital and labor, it was solved by inflation and democratic corporatism, Bohle said. Later, the decline of the power of trade unions put the conflict between capitalism and social interest into the electoral arena. This tension, which characterized the 1980s, was solved by democratic governments relying on welfare politics and offering tax cuts, the result of which was rising public debt. Subsequently, in financialized capitalism, welfare states were dismantled and access to credit was eased, increasing the indebtedness of households while earnings stagnated. Private debt rose. This necessitated austerity capitalism, and tension rose both within and between states, between creditors and debtors. Democracy began to erode.

In Central and Eastern Europe, we can see similar phases, Bohle said. There was a "major transformational recession" in the Visegrad four countries, the Baltics and Slovenia from 1990-96. Democracy did not collapse but it did "hollow," for example, trade union density dropped, voter turnout dropped, and leaders offered various kinds of compensation such as pensions, or in the case of Hungary, the austerity package known as the Bokros package.

In the 2000s, there was good growth, a construction boom, and rising wages, but underlying that was a rapid increase in private debt, which does not last, Bohle said. Foreign banks were responsible for this credit growth and when the financial crisis broke out, homeowners were in trouble overnight, leading to a major debt crisis with the banks in many countries, paired in others with a sovereign debt crisis.

"It is this debt crisis and ensuing debtor-creditor relations that can explain part of the populist backlash and backsliding of democracy," Bohle said. "In the Hungarian case... how it was framed: banks against the people and we show the banks where the limits are, show Brussels where the limits are. The Hungarian people show who's in control. The fact of being indebted and having to go through the creditor surveillance leads to a loss of dignity, "get our dignity back" is part of the narrative of the populist backlash."

The situation does not require such a backlash, but rather "lends itself to anti-democratic populism," Bohle said. "It pits states against states – Hungary against Brussels, Germany against Greece. It provides external and internal enemies.... It is also a welcome opportunity to challenge external checks and balances."

Bohle said the situation also fits with the "deep story," to use a phrase from Arlie Hochschild's book Strangers in Their Own Land: Anger and Mourning on the American Right (New Press, 2016), of the Central and East European region. 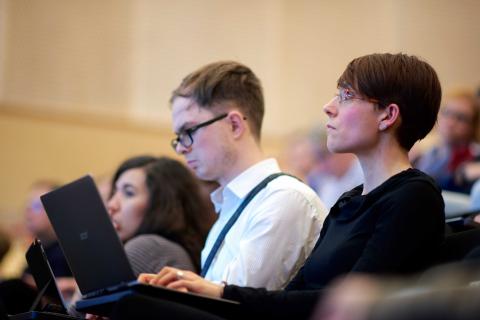 "In Central and Eastern Europe the deep story is that this is a region where we always have these forces trampling on us, we are always catching up, and now they come again, Brussels, the IMF – now we revolt and we show them," Bohle said.

The revolt in Hungary, however anti-democratic, was not crushed – the IMF left Hungary, for example. One explanation is that Hungary did not want to renegotiate its debt, so the debtor-creditor relationship was not openly challenged, Bohle said, compared with Greece, which wanted a renegotiation.

"In the current phase of capitalism, democracies' biggest challenge is to cope with multiple debt crises, in an environment where the power lies with creditors," Bohle said in conclusion. "In this situation, the democratic center does not hold."