The fifth public event of the “Conversations in the Digital Humanities” series, co-organized with the Department of Gender Studies, featured five DH-related student projects on February 7. The presentations and the subsequent roundtable discussion were focused on the students’ DH projects developed during the course entitled “Preserving and Interpreting Knowledges of the Past and Promoting Social Justice” taught by Prof. Andrea Pető (Department of Gender Studies) in Fall 2016.

Peto’s online interdisciplinary research seminar, offered together with Duke University, introduced students to different approaches to thinking about “the archive” through critical reflection on issues of archives, memory, and human rights. This happened in dialogue with a parallel class covering similar topics at Duke University.

The Budapest projects were presented to the larger CEU community on February 7. With the Lesbian Memories in the City Space executed in collaboration with the Hungarian NGO, Labrisz, Andrea Schnitzer and Kristina Cajkovicova (Gender Studies Department) undertook to map the places of the Budapest lesbian scene during Socialism and the years of transition in the 1990s. Raikhan Satymbekova (Gender Studies Department) researched Gulag Memories in Hungary. Alexandra Smith’s (Legal Studies) Spatial Mapping of Atrocities public awareness / art project reproduced in CEU’s public spaces the exact arrangement of the remains of genocide victims found in the mass-graves of the former Yugoslavia with the help of geographic information systems. Constanze Jeitler’s (History Department) project examined the ideological, political-administrative and memory-political aspects of Adolf Hitler’s birth house in a historical perspective. Camilo Montoya-Guevara’s (Medieval Studies Department) comparative project entitled Open Doors of Education explored the similarities between student segregation in Canada and in Hungary.

The session ended with a roundtable discussion on the projects’ public awareness aspects and DH components. In assessing the course and student projects Pető reflected that “[t]he issues we are facing in teaching, activism and research are very similar independently of our national contexts, so this collaboration is a good example of feminist transnational activism.” In his final remarks the DHI’s Marcell Sebők pointed out that DH is a useful and sometimes inevitable component of international and multidisciplinary academic collaborations that aim to raise public awareness about important social and political issues such as the ones the session’s student projects demonstrated. 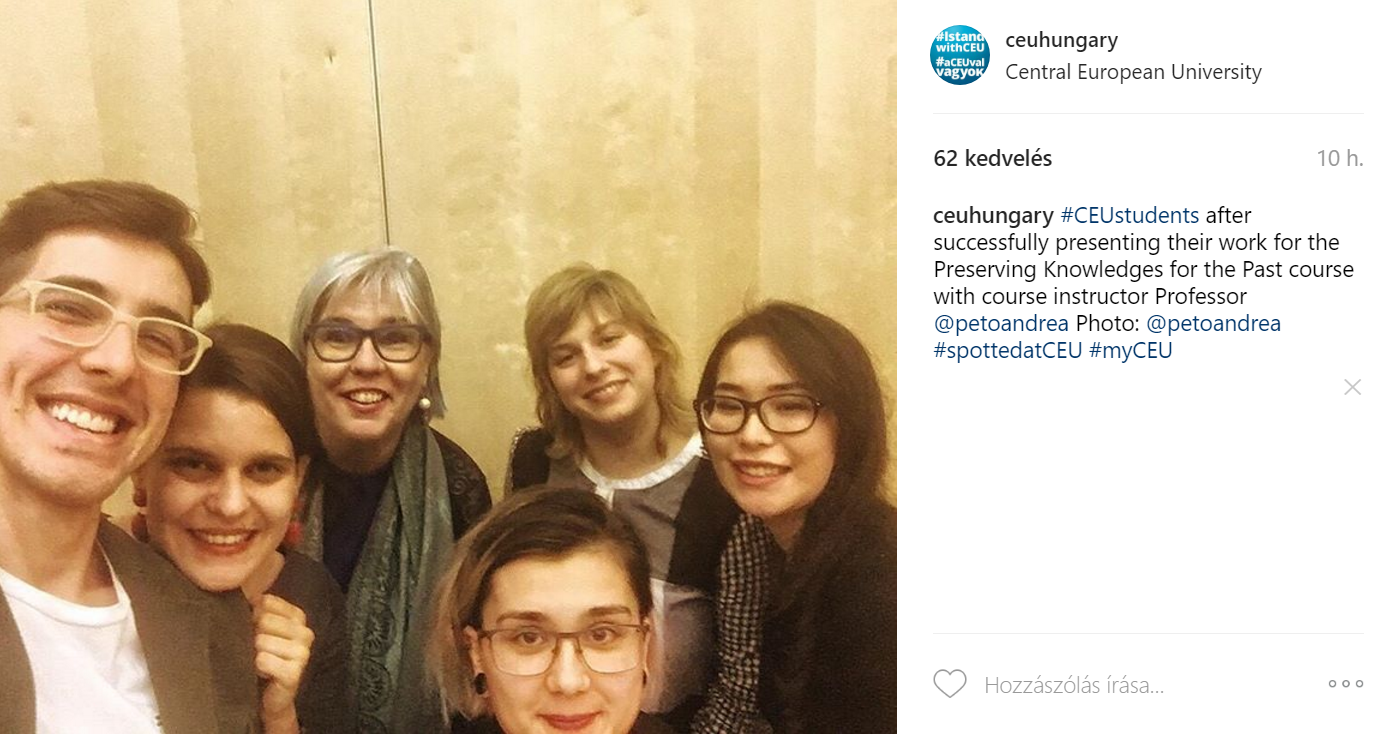