“We have become stronger as a nation due to immigration,” said Swedish Minister for Justice and Migration Morgan Johannsson at his Feb. 15 talk at CEU. In Europe, Sweden has (per capita) taken the most responsibility for the current global refugee crisis and, he noted, the country has a long history of taking in refugees, including more than 25,000 concentration camp survivors after World War II in addition to tens of thousands of Hungarian Jews saved by Swedish diplomat Raoul Wallenberg, and 8,000 Hungarians after the 1956 revolution. In 1992, Sweden set a national record for the most refugees accepted in their history with 80,000 people seeking asylum during the Balkan wars. In 2015, they received 163,000 asylum applications, more than doubling their previous record.

Their long history of welcoming immigrants makes Sweden a very diverse nation. In fact, 17 percent of people in Sweden were born outside of Sweden.

“People in Sweden don't necessarily look like me but all are a natural part of our common community,” Johannsson said. “We are a country of great diversity. We should never be afraid of diversity, we should embrace it. In the long run, it gives strength in so many ways. Just one example: it strengthens us both culturally and economically. Having many people who know the culture and language from other countries is beneficial for us when engaging in economic development with other countries.” 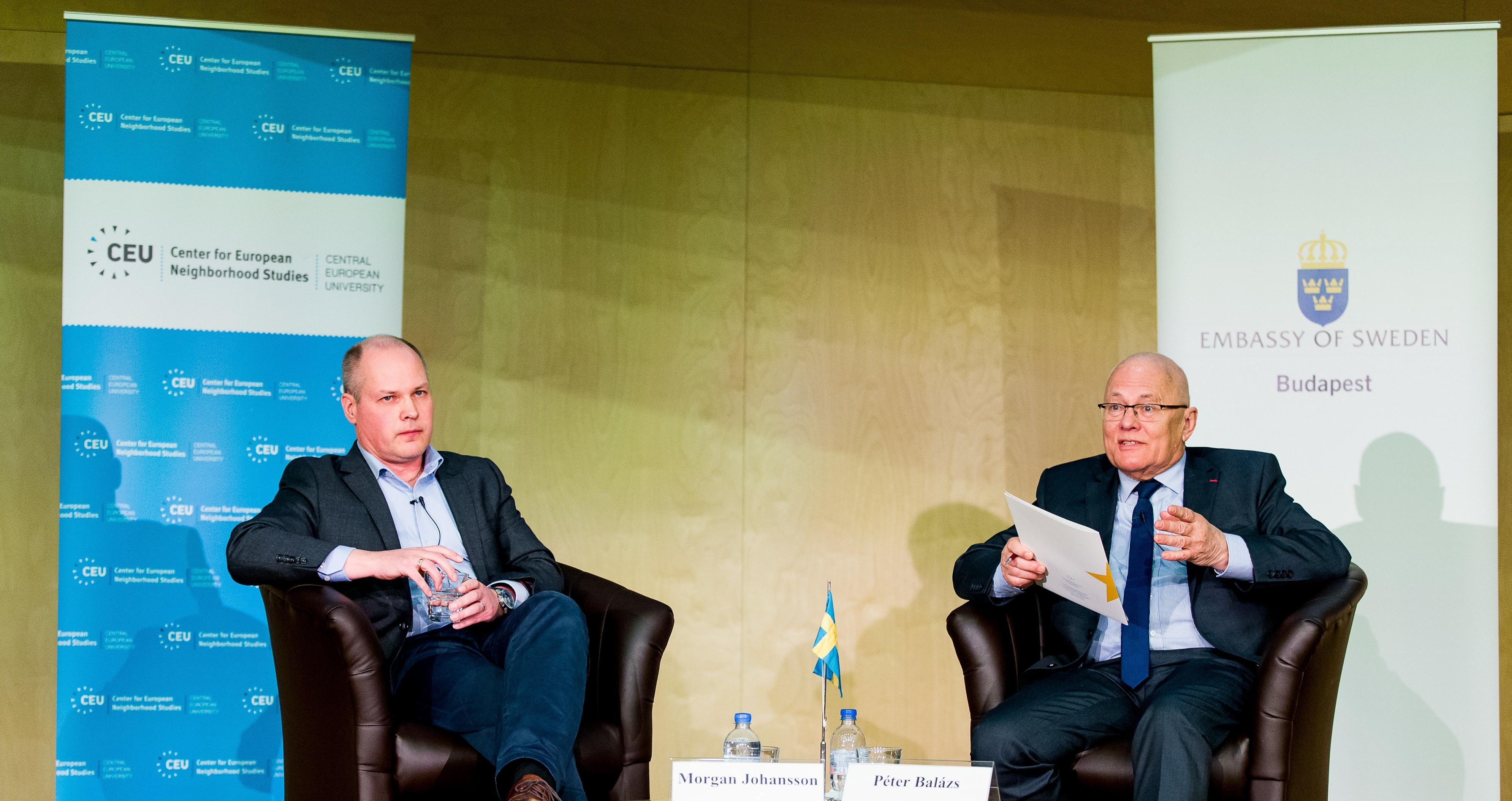 This strength is reflected in the numbers. Johannsson reported that Sweden is very strong financially with a low debt level.

“We are growing almost twice as fast as EU average. In 2016 Swedish GDP grew 3.4 percent. Our budget surplus is .2 percent. Most countries are negative here; we are positive. We also have the highest employment rate ever recorded in a member state (for employees from 20-64 years old): over 80 percent in the third quarter of 2016. Our unemployment rate is roughly 6 percent and going down. So far, immigration has not negatively affected us.”

Sweden has given asylum to 149,000 Syrian refugees since the civil war broke out in 2011. The war in Syria has caused half its population to flee and, worldwide, there are nearly 60 million displaced people. Johannsson emphasized that it is an issue the EU should be addressing together, not as individual states.

“This issue defines our time, our world and our future,” he said. “The way we are meeting this will be extremely important.”

The way Johannsson believes the EU should move forward is through the Common European Asylum Policy that respects international conventions and human rights, including the right to asylum and non-refoulement. The policy also calls for cooperation of member states – a shared responsibility – for relocation across member states as well as resettlement from outside Europe. He said Europe has the capacity to resettle 250,000 refugees a year from outside Europe, if all member states would accept refugees. Johannsson also underscored the importance of cooperation with origin countries. If, for example, people are leaving for economic reasons, the EU can work with leaders to create better and more abundant opportunities for them in their home countries, lowering the likelihood that they would need to leave. “We shouldn't fool ourselves thinking that if war ends in Syria, there won't be other issues and people wanting to migrate,” Johannsson said. 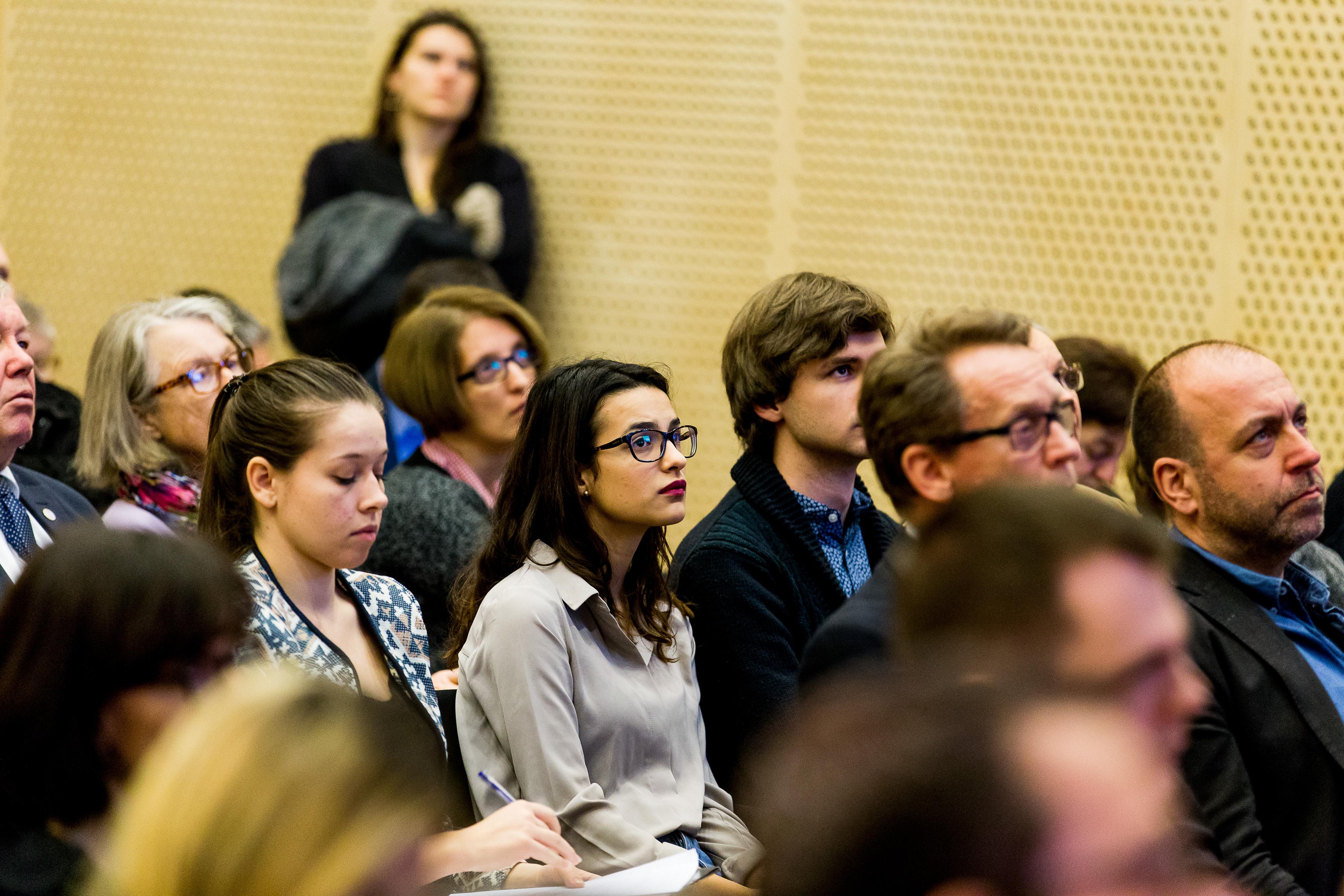 Regulated migration through border controls is also key, he said. He described a situation in 2015 when Sweden had 10,000 asylum seekers come into the country in one week. He said those who have a legitimate right to protection should be able to stay, but those whose cases are rejected must leave. Almost 100 percent of Syrian asylum seekers' applications are approved in Sweden and Eritreans also have a good chance of being accepted. However, there are people from many other nations who seek asylum but are denied because there is no immediate threat – like war – in their home countries. He underscored that Sweden and Germany cannot and should not have to bear the influx alone.

“If it were up to me, if you [as a refugee] come to the EU's outer borders and you apply, you are sent to a country that has capacity,” Johannsson said. “I understand that that is not something we're going to have happen. Regarding the Dublin Regulation– when there are a lot of people coming to a country at one time – there should be resettlement. That also means that every country must be ready to accept refugees. We can't have countries saying, 'I'll do my part by sending police to border countries or other kinds of aid,' they also need to take people in.”

Strong political leadership is called for in these matters, Johannsson said, and he stressed that the kind of rhetoric that politicians use makes a difference in how their electorates view refugees.

“It is not, in my opinion, strong leadership when you play on people's prejudices, when you play groups against each other – different ethnicities and religious groups, for example. This is weak leadership and in the long run, very dangerous. If there are people who should know how dangerous that is, it is us Europeans; we should know this from our history.”